END_OF_DOCUMENT_TOKEN_TO_BE_REPLACED
I took a look back at some of my previous Hyperspace Beacons and noticed that I have really never talked about the Sith Emperor, who has been the primary focus of Star Wars: The Old Republic since the game launched about five years ago. I’ve sprinkled hints here and there, but I’ve never really dedicated a whole article to the most powerful force user in the entirety of the Star Wars universe. I think I will remedy that today.

But I’m not just going to give you an article about the Sith Emperor; I will also dive deep into my speculations surrounding this mysterious figure and who he might actually be. I was recently speaking to a fellow roleplayer about the Sith Emperor and where he might have come from. He said that my theory was amazing and said, “You should write for BioWare.” I don’t know that my theory was that great, but I believe that it makes the most sense given the personality changes between person we knew as Lord Vitiate and Emperor Valkorion. 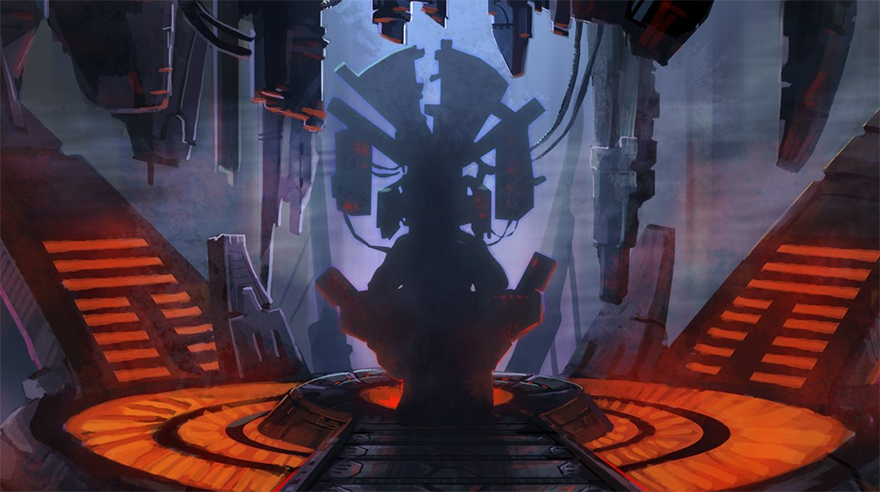 In order to truly parse my theory, we will have to go back into the Sith Emperor’s history when he was simply known as Tenebrae, the son of a Sith Lord and a poor farmer.

The first time we actually get any hint to the history of the Sith Emperor in game was during the Ziost questline, which is supposed to be the precursor to the Knights of the Fallen Empire expansion, but really the only thing we learn during the gameplay is that his name is Lord Vitiate and that his essence exists outside the confines of a host body, or at least we think it does.

However, Drew Karphyshyn’s book Revan, which came out about the same time as Star Wars: The Old Republic, explains in a lot of detail where the Sith Emperor came from and how he became what he is at the time of the game. We also learn the ultimate fate of Revan and the Jedi Exile from the Knights of the Old Republic video games. However, Vitiate remains the most interesting character because he was the person pulling Revan’s strings.

The planet Medriaas sits outside the gigantic nebula called the Stygian Caldera. Many of the most infamous Sith planets lie inside this gaseous cloud, including Dromund Kaas, Athiss, Ziost, and the entrance to the Caldera is Korriban. Although all of the planets inside the nebula were considered a part of the Sith Empire, there are a couple of planets outside the nebula that were considered part of the Empire, too. These planets include at least one that you’ve heard of: Yavin. Because Medriaas also sat outside the Caldera, the activity on the planet was mostly ignored by the Sith Empire at large.

During the time of Marka Ragnos, just before the rise Naga Sadow and the fall of the first Sith Empire, a very young Tenebrae slew the Lord Dramath of Medriaas and was named Lord Vitiate by Marka Ragnos. We are unsure of the exact motivation, but we know that Vitiate was a product of an affair because his mother is referred to as a “poor farmer’s wife.” We know that Tenebrae did unspeakable things to his father, mother, and step-father, but beyond speculation, there is little else known about Tenebrae’s early days as Lord of Medriaas, which he renamed to Nathema. He studied a lot, and many other Sith did flock to him for learning.

After Naga Sadow’s rise to power, Vitiate remained quiet and did not participate in the struggle between Sadow and Ludo Kressh or the conflict with the Republic that followed. Instead, he stoked the fire of fear on Korriban and convinced many Sith leaders to come to him when the Republic nearly wiped out all life on that planet. These eight thousand followers participated unwillingly in what became known as the Ritual of Nathema. All life from the planet was drained in an instant after the completion of a 10-day ritual, granting Vitiate eternal life and setting the Sith Empire on a new course, one that would lead to the rise of the Sith Empire as we know it in SWTOR. 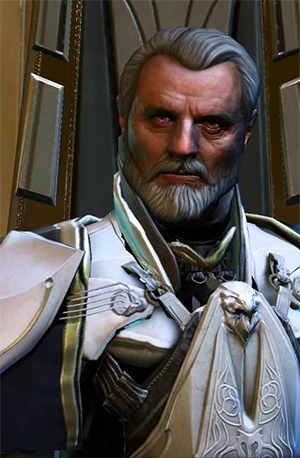 At the time that the Sith Empire reemerged thousands of years later, Vitiate had already been transferring his essence into Valkorion for some time. It’s unclear whether Valkorion was always a part of Vitiate or Vitiate possessed him sometime after Valkorion was born. We do know that both are possible.

During much of the Cold War between the Republic and the Sith Empire, Vitiate’s “Voice” was trapped in a Voss scholar. It wasn’t until Darth Baras’ apprentice traveled to Voss that the Emperor was freed. If my timeline is correct, Vitiate was trapped on Voss at about the same time as Senya described Valkorion as being cold and distant. She said that he was changed, and eventually, they separated.

Valkorion, in contrast to Tenebrae, appeared to have emotional attachments for most of his life. Wookieepedia cites the book Revan when talking about Vitiate’s personality, saying that he “seemed to lack emotion and empathy.” But this appears to be quite different from the personality of Valkorion. Of course, Valkorion could be heartless at times, but he definitely had personality, even warmth. In fact, when you speak to Valkorion in chapter 2 of Knights of the Fallen Empire, he appears to care for his family in a odd way. Although he doesn’t mention Senya by name, he does mention being in love.

Not Tenebrae, not Valkorion, but someone else

During the final confrontation with the Emperor in the Jedi Knight storyline, if you choose the middle option and don’t attack, the Jedi Knight will ask him why the Emperor is doing all of this. In his answer, Vitiate says, “I will spend eternity becoming everything: A farmer, an artist, a simple man.” And this is the crux of my theory of who Vitiate really is.

Over the centuries that we have known him, Vitiate has been hopping from body to body. One person or another acting as his Voice, and we have to ask, like the Jedi Knight did: to what end? I believe that it is simply to experience everything. The boy Tenebrae caught Vitiate’s attention because of the pure rage and anger. Perhaps Vitiate wanted to experience that, and when he did, it changed him. He wanted to experience this level of conflict and emotion to its fullest, which is why he pursued the war with the Republic. 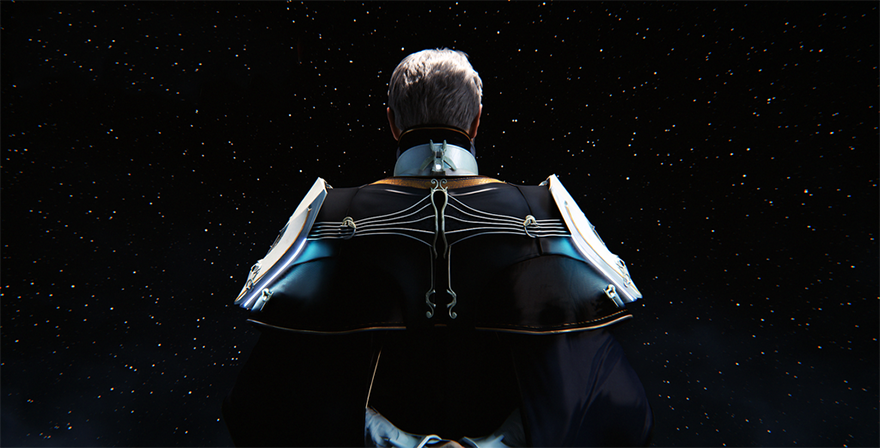 With Valkorion, it’s different. Vitiate is a different person. He said that Ziost changed him. Perhaps it was at that time that he realized that it was time to move on, that he had discovered all there was to know about conflict. Valkorion leads a different kind of empire, one that is eutopic in a way. This being a very different kind of experience for Vitiate.

Now Vitiate has discovered something new that he’s not experienced before: you. Perhaps he has found an equal. He says in the throne room above Zakuul: “In all my centuries, you alone have merited my full attention. You leave your mark upon the galaxy wherever you act, just as I do.” You are his next challenge. I believe that Vitiate’s ultimate goal with you is to do as he did with Tenebrae and Valkorion. I believe he wants to become you and experience that galaxy as you do. In a way, he is, but unlike his other victims, like the Voice on Voss, you have to volunteer to let him in completely.

I know this is super nerdy, but I also know that many of you enjoy thinking deeply about the stories of Star Wars and SWTOR. What are your thoughts? I’d love to continue this discussion in the comments below. And if you have any more references as to who Vitiate might actually be, I’d love to read those, too.

Ship of Heroes calls one and all to its July beta...