Superdata has published its MMO and MOBA Games Market Report for the 2016 cycle, and let me just warn you before we dig in: They are stretching the term “MMO” beyond what core MMORPG players are comfortable with (in fact, they are redefining the words upon which the acronym was created).

The online games category, says the research firm, is

“on track to earn $19.8 billion this year alone, roughly 60% of all digital PC game revenue. Massive Multiplayer Online games (MMOs) encompass a wide range of game genres, including role-playing, shooters and, a recently emerged category called MOBAs that include wildly popular titles like League of Legends and Dota 2. It is in particular these type of free-to-play games that dominate today’s online games market, thanks to their appeal to players in emerging markets like China. The highest-grossing subscription-based MMOs are older titles like World of WarCraft that continue to retain longtime players.”

The report summary argues that MMOs are shifting from a hardcore audience to a broader one with more expectations for user-created content.

The complete report is available from Superdata for $2,499.00 (it’s intended for studios and marketers), while a sample section can be had at the low, low cost of just your personal info. 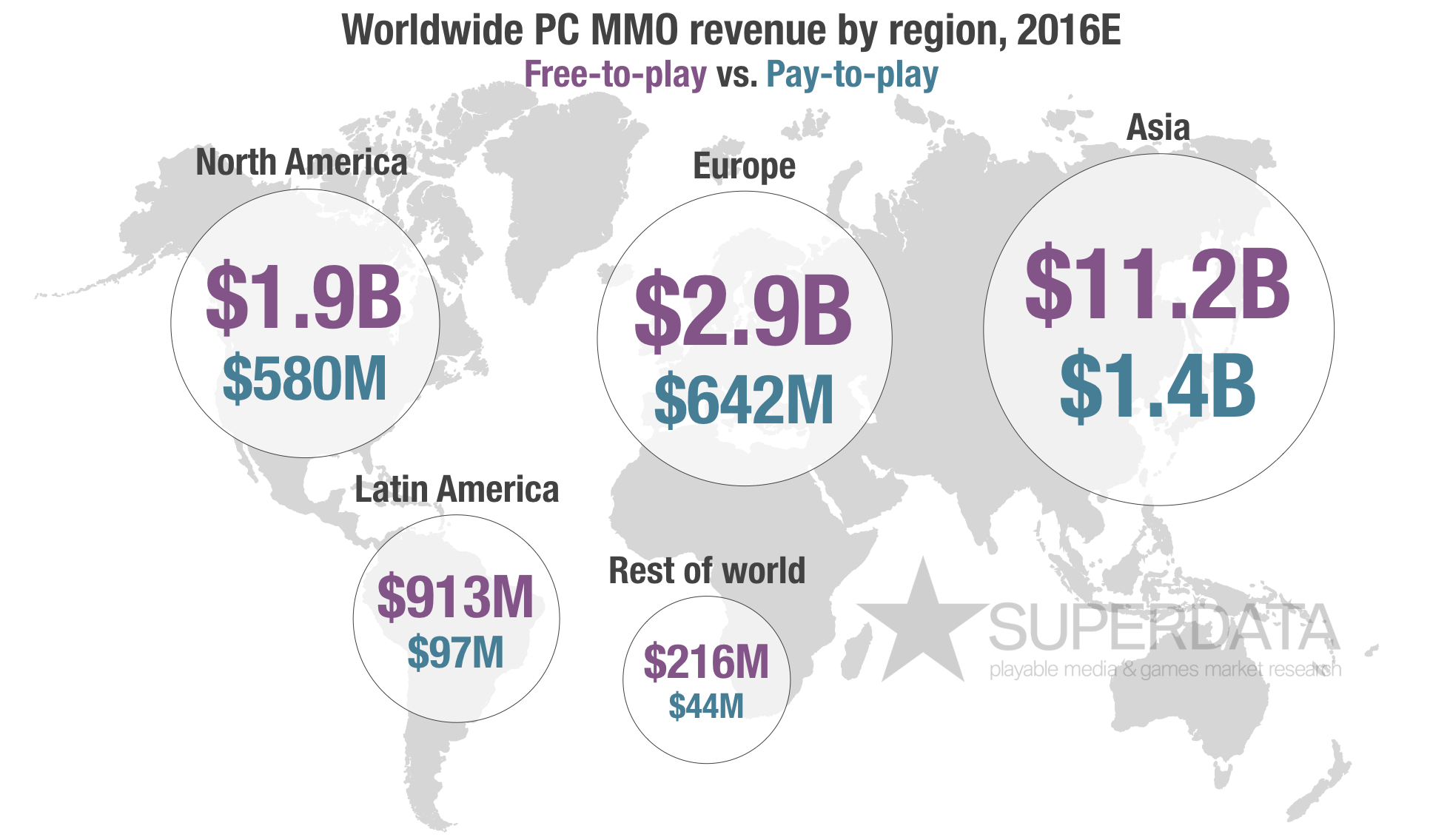