Massively OP reader Styopa recently wrote in to us to propose that we write about the best MMORPGs for duoing. I was all set to do it… until I realized we’ve already done it! In fact, it was the first Overthinking we did over here on the new site.

So if Styopa doesn’t mind, I’d like to turn the question around for this week’s Massively Overthinking: What’s the worst MMORPGs for duos and couples and twinsies? Which games just do not work for folks who always play in pairs, and what makes it fail compared to the games we held up as the best?

Andrew Ross (@dengarsw): Well, for endgame, pretty much every modern MMO is bad for duoing, since you’ll need many more people to clear that raid or capture that other guild’s castle.

Honestly though, beyond that, I’m kind of at a loss here. Most MMOs are multiplayer in nature, and lacking that would make it just a bad MMO in general, right? However, despite what Eliot and Larry say, I’m going to say Star Wars: The Old Republic for people who care about spoilers or who only want to see their own choices. It was a big problem for some of my guildies, and it always frustrated me when people broke group to see their own personal content, as it meant I’d get fewer social points and would need to search online for videos of choices I didn’t want to take an alignment hit for but were curious about. 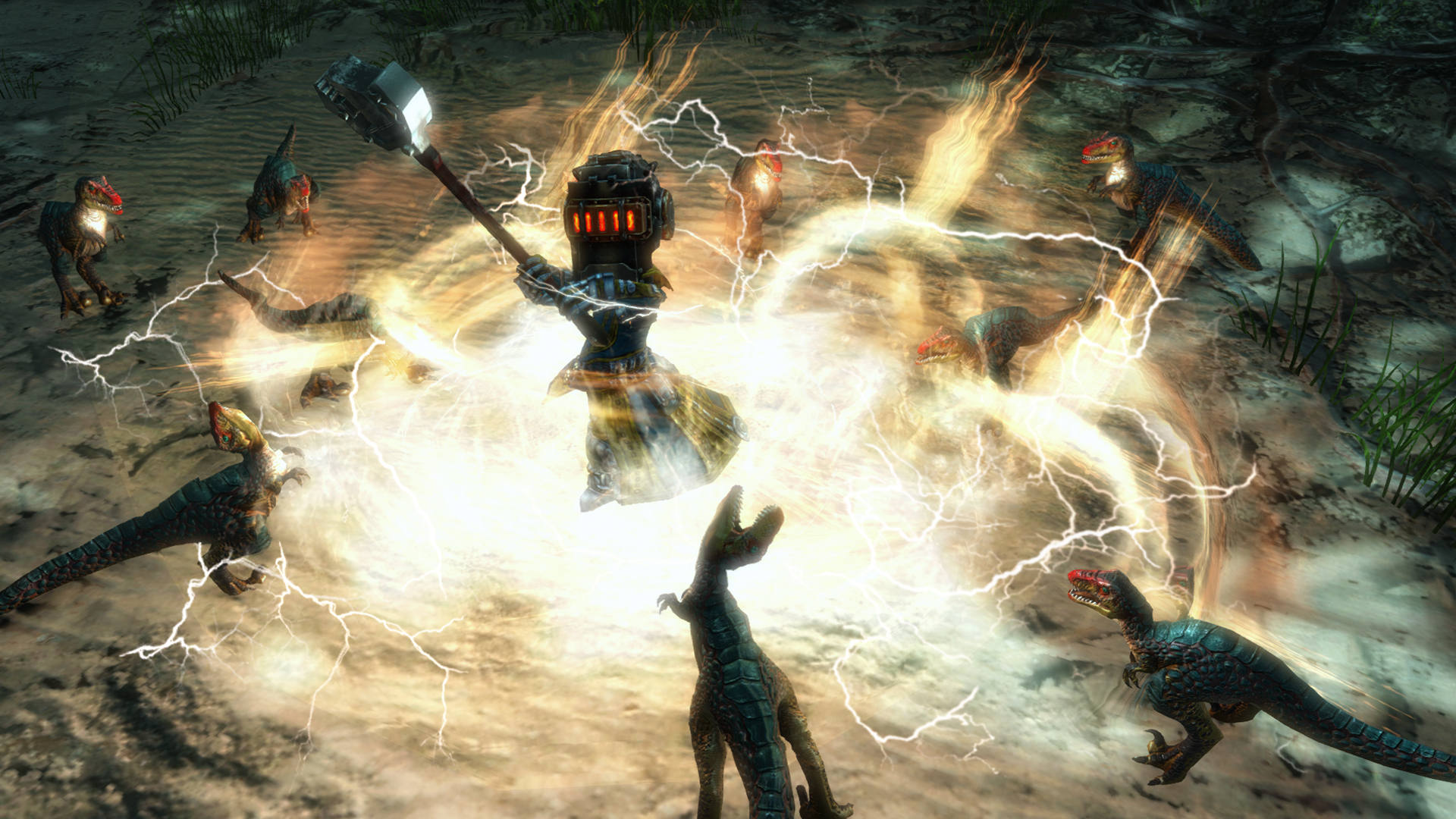 Brendan Drain (@nyphur): The games that are best to duo in are those with systems that allow friends to play together no matter what, such as EverQuest II with its mentoring system or Guild Wars 2 with its automatic level scaling. Guild Wars 2 even lets you join a friend’s personal story instance and gives you rewards for completing low-level content. Conversely, the worst games for duoing would be those that deliberately separate you from your friend, prevent different levels of player from playing together, or have no shared credit on quests. A lot of MMOs are guilty of those transgressions, but the worst offending genres are definitely MOBAs and other competitive online games. I had to quit playing CS:GO because my friend’s rank and mine diverged and the game won’t let you queue with someone who is five ranks above or below you.

Brianna Royce (@nbrianna, blog): The awesome thing is that this is actually a hard question to answer. It would have been easy a few years ago, but now all the larger games are copying level-nullification systems (like sidekicking and area scaling) that City of Heroes pioneered, and that alone saves games for duos. There are still games from the middle period of MMORPGs that haven’t quite caught up yet, like Lord of the Rings Online. But even worse than the games that inconvenience duo play or make it difficult are the ones that make it foolish or even impossible by privileging larger groups to a ridiculous degree in the old-school EverQuest sense. Those become fewer by the year, I’m happy to report.

This is any MMO in which one member of the couple is really experienced in MMOs, has driven goals, and knows what to do… and the other member is a dead weight who is easily distracted by ambient forest critters and a desire to actually read all of the quest text and tooltips. It’s not a question of mismatched levels; it’s the problem of mismatched experience. The veteran gets more and more annoyed by the other person, often saying “Come over here! Here. HERE. The other here. No, that’s not my character, that’s just another character playing a Dwarf. Look for the guy jumping up and down and definitely not leveling up right now. Yes. Right here. Follow me. No, we’re not going shopping for new clothes at the trash vendor. He’s just a sucker who is legally obligated to buy all of your stuff no matter how useless it is. Hey! Where did you go? Come over here. Here. HERE. Now attack this mob. Noooo don’t run away. Stop running. We can kill him if you stop running. Come back here. Here. HERE.”

MJ Guthrie (@MJ_Guthrie, blog): Sadly, The Secret World fails pretty epicly for duos in a very important area. Sure, you can do most missions and stuff together, but come story instances you are split up. This really ruined it for my other half. The story was the whole reason to be in! If one of us had trouble on a story mission (and we were specced to do everything duo, so we complimented each other’s abilities), we’d be blocked on continuing the story. To this day he has not returned after having so much trouble with the end of the story in Transylvania. I understand not wanting to spoil the sequence of the story, but when you purposefully play a game as a couple and then get split up it is annoying. I’d love to be able to do the story missions duo. Even if they keep it forced solo on the first try to see the story, hopefully Funcom can at least add in a way that someone who has already finished that piece can come in and help others.

Elder Scrolls Online will reveal its next chapter today, though it...