If you took a casual poll of the MMO community and asked which game’s player housing system was the best and most robust, chances are that you would end up with about five or so titles running away with the votes. EverQuest II, Star Wars Galaxies, RIFT, WildStar, and Ultima Online (and perhaps Black Desert) would take the top tier, with other MMOs lagging behind for various reasons, such as style, reliance on hooks, and affordability.

END_OF_DOCUMENT_TOKEN_TO_BE_REPLACED
As I’m most experienced with both RIFT and WildStar’s housing systems, I had quite a few thoughts on what makes each special. Both have allowed their respective communities great freedom to express creativity and provide unique spaces for socialization. But which is better? Is there a way to objectively — or even subjectively — sift through all of the features that each game offers in the housing market and come up with a superior system?

I’m going to try. Oh, I’ll probably fail and fail big, but I need to make the attempt. So which is better: RIFT or WildStar?

Let’s start with the most subjective of all categories, which is the visual style of the housing plots and items. Really, this depends on your taste. Both games are stylized to some degree, although WildStar definitely veers a lot more into cartoon territory and strong, bold colors. I find RIFT’s aesthetics to be pleasing for the most part, although they can be bland. Bland or garish? That might be the choice in front of us.

Both games allow for a lot of visual customization in housing, including weather effects, skybox changes, time of day, and special effects. Personally, I’m cuckoo for WildStar’s looks, so while RIFT isn’t bad by any stretch, I simply like the look of my WildStar house more. I think it simply exudes more personality through its visual design. Winner: WildStar.

WildStar gives all players the same exact floating island (great for players with a genuine fear of heights), while RIFT offers the choice of dozens of pocket dimensions. Again, this could come down to personal taste, as you can fashion both housing areas to be pretty much whatever you like, but RIFT’s use of dimensions is pretty clever when you want pre-built landscape and buildings to decorate and modify. Plus, all of the dimensions are copies of parts of the world, so you can literally take your favorite slice of the game home with you. No question about it, RIFT offers more housing area variety. Winner: RIFT.

If we look at what you can do with your player house in these games beyond sculpting and decorating them, RIFT falls short. There’s very little to actually do in your dimension other than hang out and play dollhouse. WildStar, on the other hand, allows you to fill up your plot with crafting stations, gathering nodes, mailboxes, pocket dungeons, minigames, and all sorts of interactables. It’s not just a home, it’s a base of operations that can be as fun as the rest of the game itself. Winner: WildStar. 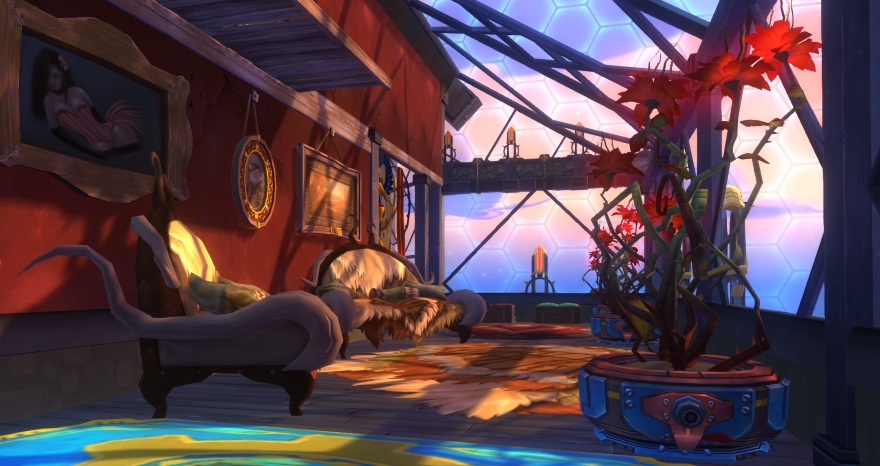 Both MMOs come with scads of housing decor to place, and both throw new decor at you left and right (you can get a ton of them in RIFT through minions, including new dimension keys). I like how RIFT offers more building blocks, such as stairs, planks, tiles, and all sorts of other useful materials to make your own structures. WildStar has some too, although it’s always felt deficient in this area.

In the end, for me it comes down to which game has decor that gets me the most excited — and that has to be WildStar. The items are simply cooler and there’s more contemporary (relatable) decor to be had, so I tend to look upon that game a little more favorably. Winner: WildStar.

This category is a deal-breaker for me, because you can have all of the options in the world for your house, but if placing them a pain in the behind, then it can rob a lot of the joy out of the process. I mention that because while I often hold up WildStar as an example of terrific player housing, its placement tools are horrible, particularly if you’re trying to build something (versus simply decorating). They’re so bad and fiddly, in fact, that it’s practically required that you download a building mod to do anything constructive.

RIFT, on the other hand, has gloriously easy-to-use placement and resize tools. It’s so simple to just take items out, resize them, flip them, move them, and place them. It took me seconds to build a second floor of a house in RIFT while the same project would have taken up to an hour to get right in WildStar. Winner: RIFT.

Both MMOs wholly contain their player housing systems in instances, which could easily make them self-contained islands (literally, in the case of WildStar). So getting people to socialize in these spaces is pretty important.

WildStar had a minor stroke of genius by creating a housing zone chat channel, so that everyone building away on their homes could talk to all of the other interior decorators. It also makes visiting others fairly easy (through its neighbor system) and I like how you can set it up so that others can harvest materials and use your plot for mutual gain. RIFT has a couple of nice points in this area too, especially with allowing visitors to give a “+1” nod to well-decorated dimensions and providing guild dimensions for large groups. As far as I know, WildStar has yet to get its guild houses or neighborhoods working. Winner: Tie. 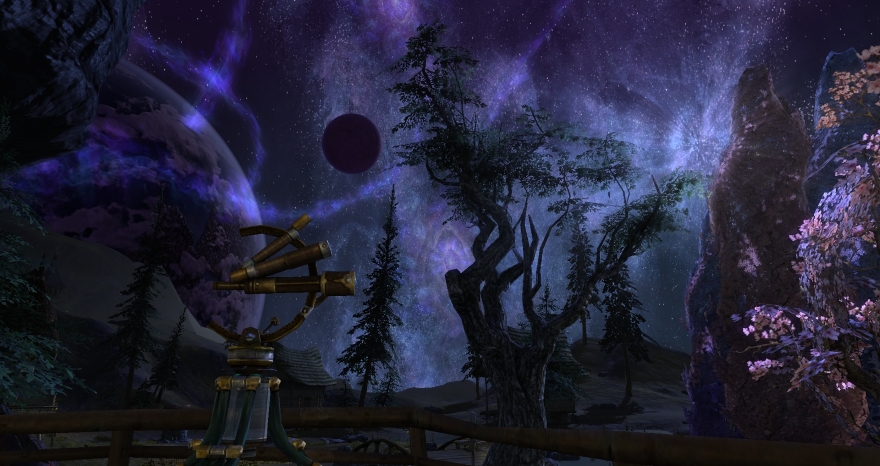 I’m impressed that both games allow you to customize the music in your housing area (which should be a standard feature for all MMORPG housing systems, in my opinion). Thus with this category, it comes down to which game has the better soundtrack offerings… and WildStar is going to win that 10 times out of 10. Winner: WildStar.

Something I love about these MMOs is that you get your first house practically right off the bat (WildStar requires a level 14 character, but there are packages and promotions to let you get to your house immediately after the tutorial). And even better, your first house in both games is free. Final Fantasy XIV, I am giving you side-eyes here.

With instant transportation to your house available in both RIFT and WildStar, accessibility seems pretty much equal in every conceivable way. Winner: Tie.

Interestingly enough, there is a crafting profession that specializes in housing in both games (RIFT has dreamweaving while WildStar sports the architect skill). WildStar’s annoying bullseye-style crafting system never sat right with me, however, and RIFT gets extra points for being able to craft actual dimensions as well as housing items. Winner: RIFT.

At a score of six to five, WildStar ekes out the victory to be named the superior housing system. Of course, your mileage may vary, especially if you simply prefer one game’s housing system over the other (or hey, both). Feel free to come back at me with a 60-point essay about how Star Wars Galaxies’ homes put everything else to shame because I’m not being sarcastic here and I love to read others’ thoughts on housing.

For those who have played both RIFT and WildStar, which system do you think is better? Sound off in the comments and let’s liven up this weekend with a few blood feuds over housing!