Holy moley, the Massively OP community came out in force to respond to last week’s “giant weapon” screenshot challenge. Most comments that I’ve seen in this column in quite a while! But can we top it?

Reader Tyler gets the honor of showing off his weapon that’s certainly not compensating for anything: “I saw your challenge for the week was giant weapons, and I knew my hour had come. Ever since Wrath of the Lich King I’ve been fond of the ‘fury rogue’ look. These are the weapons I used at the end of that expansion, Liar’s Tongue and the Bone Warden’s Splitter. I couldn’t bring myself to vendor them after Wrath, and from the moment transmog was introduced, they’ve been my go to weapon skins. It just fills my heart with joy to see my rogue whacking at enemies with an axe that’s almost as big as she is.” 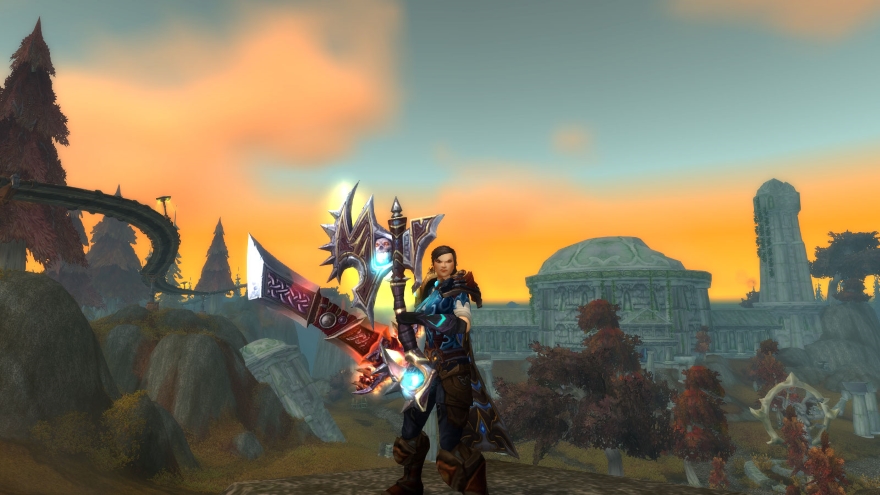 “I always thought that Aion had some of the most impressively sized weapons,” Lindsay posted. “Take, for instance, my Gladiator and her oversized polearm! I would have to have muscles like the hulk in order to wield such a beast, yet she does it with ease and a tiny frame to boot!” 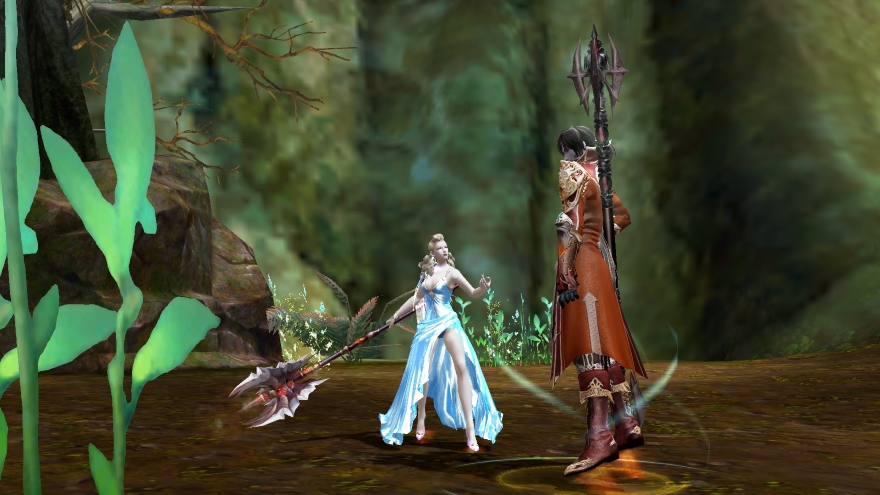 In the “giant weapon” business, there might not be a match for the barbarians of Age of Conan.

“So we’ve been asked to post screenshots of our huge weapons and no one has made an Anthony Weiner joke yet?” Dajhryne said. “Or how about ogre butts? Huge and definitely dangerous. Or the weapons of mass distraction that so many MMO ladies wield. I suppose I’ll have to go with the old standby: Is that a polearm in your pocket or are you just happy to see me?” 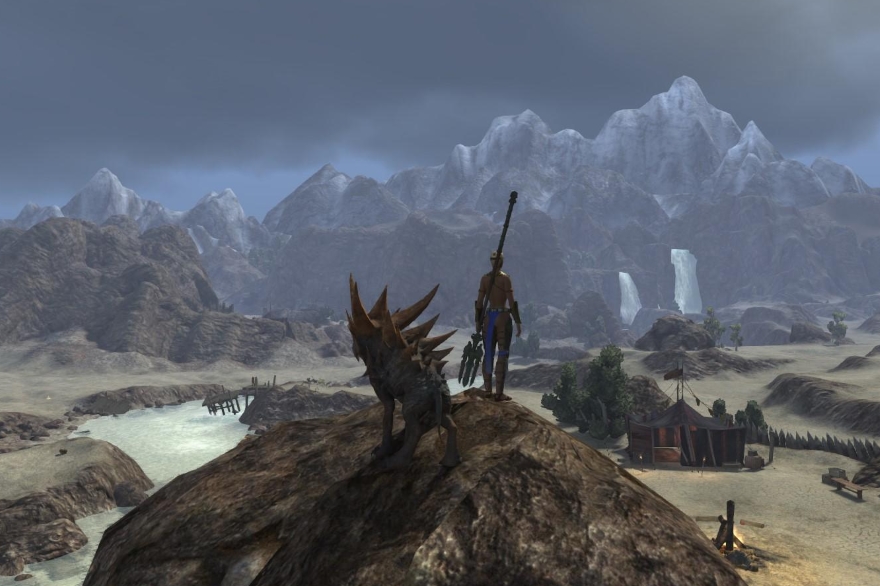 Deekay_Zero brings us a rare sighting from high society: “I stopped in Ever, Jane a few times over the past couple weeks. I have not made it past this point, as I’m unsure how to get past the stat allocation screen that seems less functional now than in the prototype. Also that font is really hard to read.” 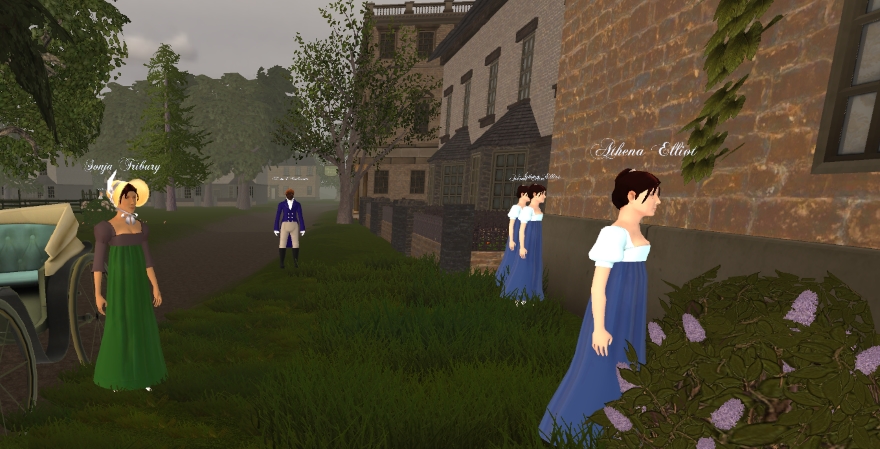 What? No weapons in that picture above? Heresy! Well, let’s end things with Starfleet performing overkill in the name of galactic peace.

“I put away Star Trek Online for an entire calendar year,” ReesRacer said. “It was a necessary mental break. I finally came back this past week, in part because of the 50th anniversary, and also I really did want to play as a 23rd century character in Agents of Yesterday. I’ve not been disappointed. I love all the old sights (and original sounds), and I really like vaporizing targets with the classic Federation Type 3 phaser rifle.” 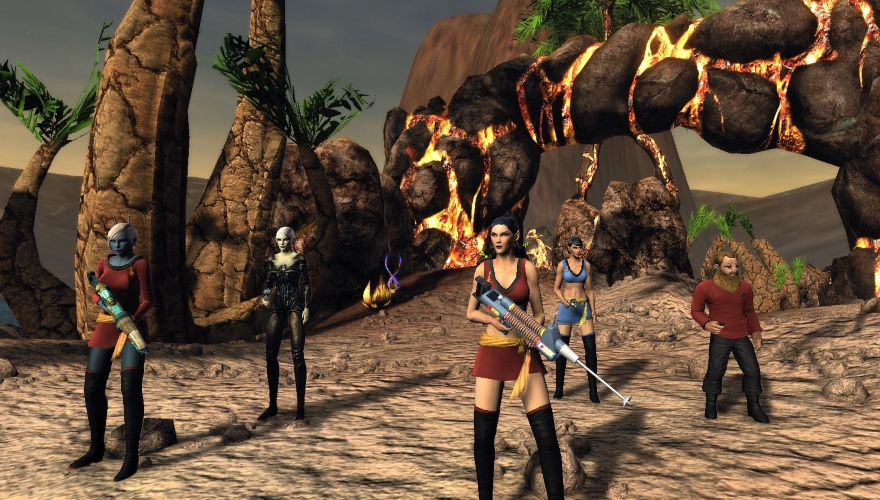 This week’s screenshot challenge may result in a lot of weirdness. The idea is to randomly open a screenshot folder and randomly point to a picture, then post that and try to explain what it’s about. What is lurking in your folders that can only be sussed out with a divining rod?