I love fall. Fall is the best season. It has the best holiday, changing leaves, and awesome weather. Fall also means that EverQuest II’s next expansion is right around the corner! Throughout the summer I was contemplating where on earth a new expansion could take us in this Norrath. We’ve discovered new landmasses and rediscovered old islands. We’ve gone to the sky, and we’ve gone underground. So what is next? I’d considered another plane of existence, like where the gods reside. It turns out we are revisiting a current zone: Kunark.

The 13th expansion is called Kunark Ascending, and it will release — as you’d expect — in November. We don’t yet have too many details; the majority of what we know is from Holly Longdale’s September Producer’s Letter and the subsequent discussion thread. However, more information is expected in October. But who wants to wait so long! We have a few tidbits to share, as well as news on a current Terrors of Thalumbra sale and prelude event as well as an impending Gear Up, Level Up event that will start prior to Kunark Ascending’s launch.

Why Kunark? Why not? I know that some folks might actually feel let down about just going back to another zone that we already have. Personally, I appreciate this! I hate when a zone is “completed” and then just left behind; I prefer that zones and areas retain relevance throughout the game, not just when your level moves you there for a short time.

Kunark is the landmass that includes the Timorous Deep starting zone as well as Kylong Plains, Fens of Nathsar, Kunzar Jungle, and Jarsath Wastes, which are for levels 65 though 75. Interestingly, these are zones I have very little experience in because I leveled so fast I basically blew right past them. I’ve entered maybe a handful of times for something specific, but I have never truly adventured there. So I am totally excited to go, not just to the new area but the old ones! There may be others like me in the same boat.

I can, however, understand the concern folks have that going back to an area will mean the expansion only entails a few reskins of previous content. Regurgitated content does not an expansion make! However, devs are assuring us that it will be new content. Kander said on the forums, “It is new level 100 content, new quests, new overland zone, new dungeons, new features. There is no re-use.”

Kander goes on to say that there is one overland zone, and it is larger than Thalumbra. There’s a large area of land to the north shore of Kunark, northeast of Jarsath Wastes and north of Kylong Plains, that hasn’t been accessible to Norrathians. It’s a pretty fair bet that this is the next overland zone. Kander also informed players, “We are going to be making close to the usual amount of heroic and raid content, maybe a bit more, but this expansion we will be making more Solo and Advanced Solo dungeons as well.” He tells folks to expect four or five themes for all the new dungeons, of which there will be eight to 12 solo versions. Kander did confirm that underwater dungeons are not included. 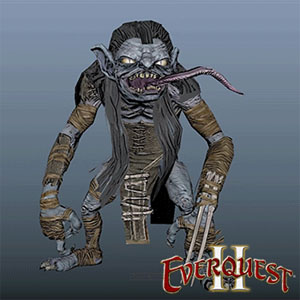 That’s so far the entirety of our knowledge on that front, with the exception of three names Longdale shared from the expansion in her letter; Crypt of Dalnir is likely a dungeon, but Kaesora and Warslik’s Wood are anyone’s guess! One area? The zone’s name? We shall see.

(In a bit of fun, after Kander replied to someone to go look at the Kunark map for an idea where the zone will be, another commentor drew on the map a blast zone for the Skyfire volcano and, noting the white on the bottom of the map, “confirmed” an Antarctica expansion. Another poster got in on the fun and added in penguin mobs and belly-sliding penguin mounts. *Not to be confused with actually confirmed content!*)

Another tidbit we know about this expansion is that there is no level cap increase, so it remains at 100 where all the new content will be. However, there will be some kind of character progression — it just won’t involve Alternate Advancement or epic weapon upgrades. That sounds like a possible new feature altogether. Additionally, it’s always good news that Emily “Domino” Taylor is working on the new tradeskill content. And last but not least, we have one image of a new mob, shown just above on the right.

Believe it or not, not everyone who plays EQII is up in the max-level range. There are still new folks who join in, and some old vets who return to play after being gone many years. There are even folks trying their 25th alt! That means that in order to enjoy the new content of KA, some folks will have to boogie on up the level ladder. To help this pre-Ascension ascension, EQII will have another Gear Up, Level Up event that will run throughout the month of October. Each week there will be a focus on some type of advancement, offering bonuses and such to adventuring, tradeskill, stats, and AAs.

Another way to prepare for this expansion is to get in on the prelude event, which happens to be going on now. This is a one-time deal, just like the special event that happened prior to the launch of Terrors of Thalumbra. The event consists of multiple public quests throughout a multitude of the zones — 14 zones to be exact, starting in Commonlands and going all the way to Thalumbra. If you want to partake in all of the public quests, be sure to mentor or chronomentor down to the appropriate level for that zone else the mobs will be immune to you. The public quests will pop up when you get close to them; you can check out eq2wikia for all the public quest locations. The public quests reward you with medals that can be exchanged at the special public quest merchants — located in Kelethin, Neriak, and Thalumbra — for housing decorations, appearance items, leveling gear, and adornments recipes. 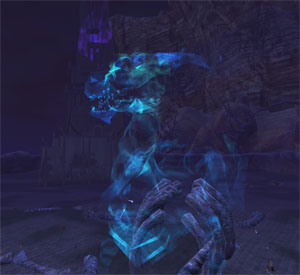 If you don’t have the last expansion, Terrors of Thalumbra, now is a good time to get it. It is currently 50% off, and All-Access members get their extra 10% off on top of that. The sale started at the beginning of September and will run through Wednesday, October 5th, at 3:00 p.m. EDT. Why would you want/need it with the next expansion so close? You may remember that buying a new expansion will include all previous expansions, but the F2P is always one expansion behind. Now, those previous expansions are just rolled into the base game, and Daybreak already doled out Altar of Malice. free to everyone last month. But you won’t be able to access any Thalumbra content (including the public quests, the Frostfell quest, and any gear) without ToT.

Besides the benefit of being half off, if you are at all interested in getting the premium or collector’s edition of ToT, you will have to buy it before this sale ends. Both of those packages, with their special goodies, will become unavailable as soon as the pre-orders for Kunark Ascending begin in October. If you don’t care about added goodies, you can just buy the newest expansion when it comes out.