Isn’t it really disturbing when you’re playing one game and it completely reminds you of another title? Our brains make so many bizarre connections that after a while, I stopped questioning it and embraced the random insanity of it all.

Of course, if the other game that you’re reminded of happens to be part of the same series, then perhaps you’re justified in making a connection. Case in point, reader Derrick was tromping around in the frozen wastes of Elder Scrolls Online when he had this epiphany: “Wrothgar reminds me a bit of Skyrim with all the snow and ice wraiths.”

Snow and ice wraiths? Sounds like winter driving on Detroit highways to me! 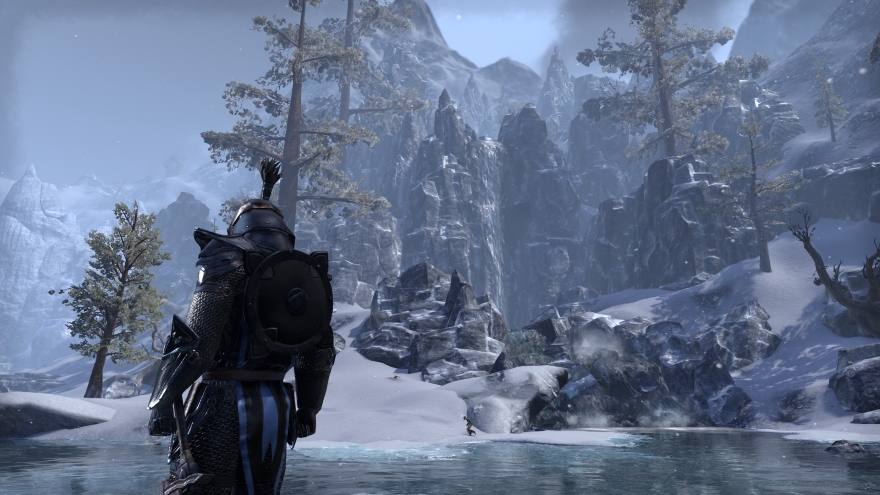 Vexia takes us back to the colorful world of Twin Saga. “Am I the only one who feels guilty beating the stuffing out of chibi, adorable monsters? For that reason, I’m glad this Evil McBadguy is decidedly not-cute. Why, I think I could take this one down and feel at least 90% less remorse,” she said.”

What would you do if you had a starship of your very own? You would totally buzz the surface of a star and take awesome selfies — and don’t lie and say that you’d be responsible and only do asteroid surveys and the like. Star selfies away!

“This is from the A Step Between Stars mission in Star Trek Online where you temporarily get to use one of the Solanae Science Destroyers. And you’re flying over the surface of a star,” JonBuck helpfully provides. 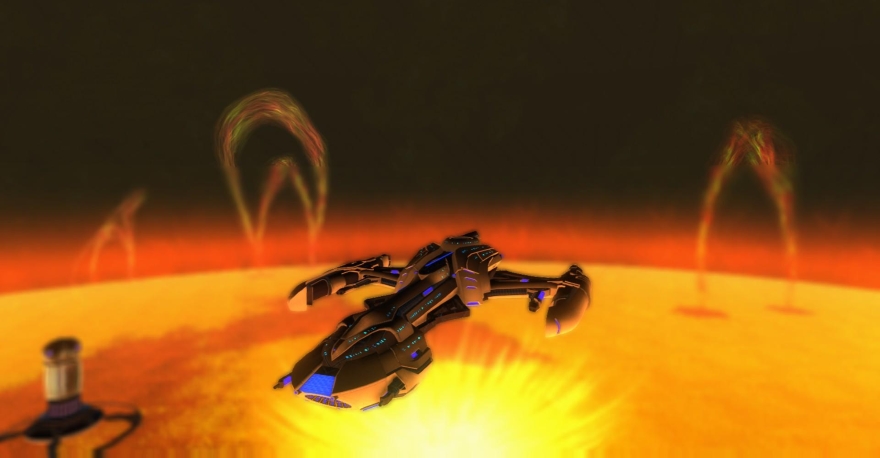 Dajhryne took me up on my screenshot challenge to pull out a random pic and describe it: “Well, you’re lucky, or unlucky depending on how you look at it, that I didn’t land on one of the runner up screenshots for the topless challenge that I didn’t use at the time. This one from Age of Conan happened because I needed one more fatality for the daily challenges and was killing some weak mobs for it. Standing behind this diviner about to attack it crossed my mind that she’s really not much of a diviner at all…” 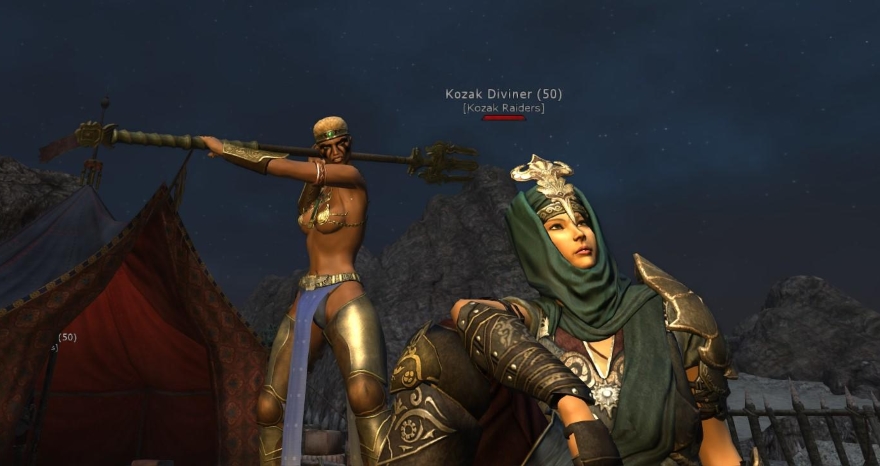 On the other hand, we have the rebellious Rozyn, who took one look at my challenge and said, “NOT TODAY GOOD SIR!”

Instead, he gave us this glimpse into RIFT’s dedicated, serious raiding scene: “My random screenshots would probably be builds, and that’s not as fun. I’ll upload my guild’s victory pose from last night’s raid instead.” 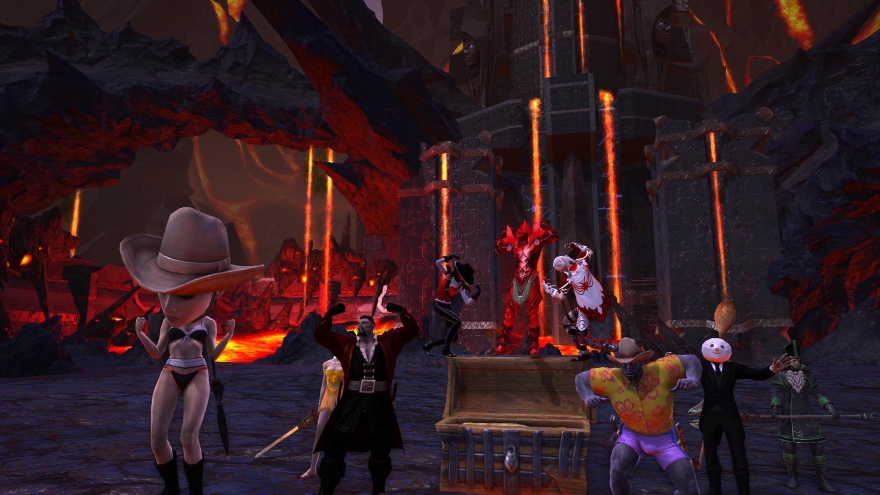 Today’s screenshot challenge won’t apply to all players or all MMOs, but I thought it might be interesting to put forth. The challenge — and it will be a challenge this time — is to post two pictures from an MMO and its sequel/prequel. Have you played more than one title in a series? Let’s see visual evidence of both!