One of the great things about MMORPGs is that you can live out fantasies that are otherwise unobtainable for you in real life. Financial success? Sure. A perfect, sculpted body? Why not. Incredible musical talent? Toss it in there, my friend!

ToyFuzion is living the dream in Black Desert: “I squealed with delight when I saw that player instruments (a guitar!) had been added recently. Before, you could rent them from NPCs and do mini-games with them, but their use was very limited. These can be played anywhere — even walk around with them! Had to get a screenie of my character and her clownie homies.”

Apologies if this adds to the “clown hysteria” sweeping the world right now. 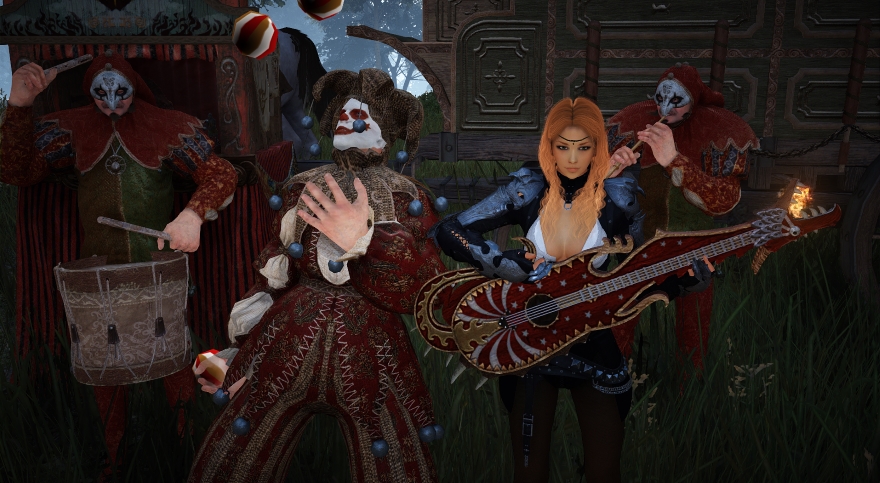 Elder Scrolls Online! Why do you have to be so fling-flang-diddly-doodly pretty all of the time? Don’t you know that you’re making other MMOs look bad?

“Just started the Orsinium DLC,” Derrick sent in. “The lighting in the newer zones seems a lot better than base game areas.” 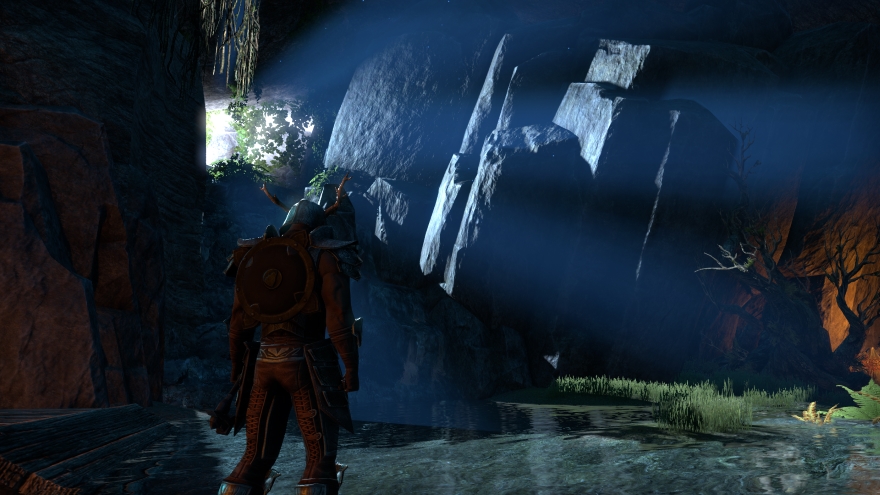 Mysecretid emerged from an undercover mission to make this report: “I’ve been trying out the science-fiction survival/builder game Osiris: New Dawn. I like it. It’s rough around the edges, of course, being early access, and it can be tough logging in sometimes, as the servers seem to be getting hammered on, as everybody and their dog tries to log in for a look, but the basics of a fun game definitely seem to be in place.

“Here is my astronaut survivor and his droid pet/companion. Scientist is the only class of colonist available right now, but others are coming, including Engineer, Ranger (good with long travel and scavenging) and a military class whose name I forget. Oops.” 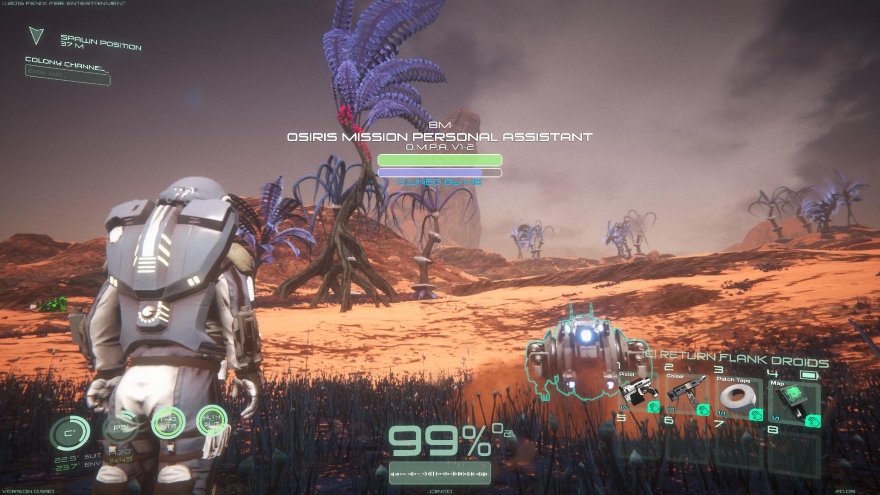 Everybody loves a good party, right? I asked for party pics, and at least Rozyn didn’t let me down.

“As far party shots… well, that’s like 50% of my RIFT guild’s activities. Bug out morph cakes and see what happens. That’s my husband’s character with the floating head, giant arms, and yellow sundress,” Rozyn posted. 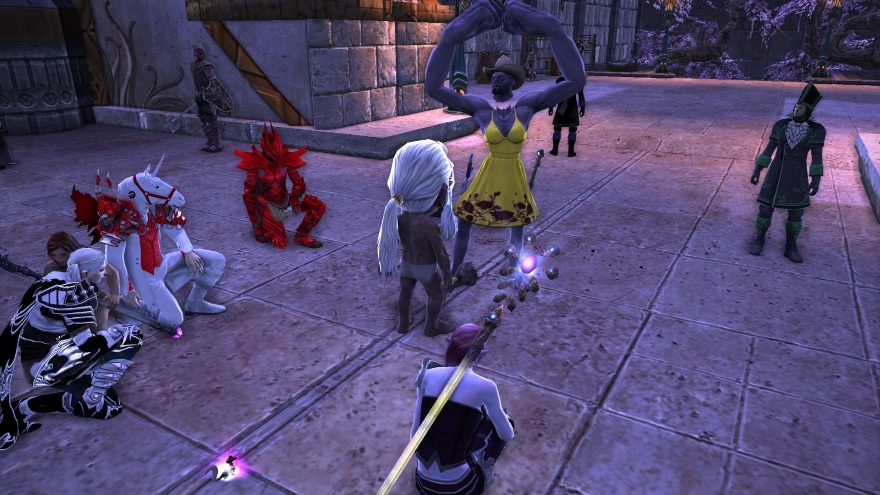 “I wanted to comment on an NPC in Phantasy Star Online 2 this week,” Zyrusticae submitted. “Her name is Quna, and she is the absolute most Japanese thing I have ever seen.

“You see, she lives a double life as the ARKS fleet’s premier assassin, number zero of the Six Pillars (the organization’s most elite members), while also being the fleet’s singing idol. It’s a setup so Japanese I cannot imagine anyone else ever coming up with it. She pretty much lives with a split personality, as her idol side is incredibly saccharine to the point of overdose, while her assassin side is quiet, soft-spoken, and very much lives in the shadows. It’s completely absurd, but I admit that absurdity is kind of entertaining in its own right. That, and really, the voice actress does an amazing job of playing up the two sides. The contrast is immense.” 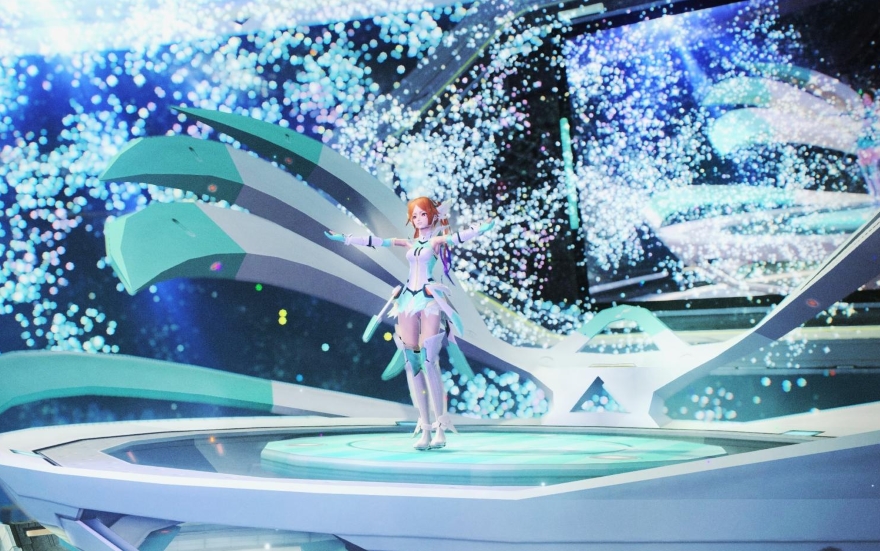 Fall is here, which means the changing of leaves, the great pumpkin spice conspiracy, masked bandits demanding candy, and the terrible threat of winter. Unless you’re from that “other” hemisphere, of course. Our screenshot challenge this week is to post or email in something quintessentially autumnal from MMOs!