Superdata’s September games market report is up, and the console revenue rankings have a new old king: Destiny. Yes, Destiny has returned to the top of the pile.

“Destiny highlights the importance of additional content releases for AAA titles,” argues the research firm. “Over the past few years, AAA console publishers have become increasingly dependent on additional content releases to extend the lifecycle for major titles. […] After delaying the release of Destiny II, Activision instead switched tactics and released the Rise of Iron expansion instead. As a result, the title’s revenue sky-rocketed from $7.2 million to $59.1 from August to September 2016, putting Destiny at the top of console rankings.”

Over on the PC side, there’s been less dramatic movement, though No Man’s Sky and CS:GO have dropped out of the top 10, to be replaced with Maplestory and Lineage I, so go MMOs!

Superdata has also returned to more granular breakdowns of revenue, with new top fives for new categories. Of note, Guild Wars 2 sits at #4 on the “top PC DLC games by revenue” list (behind only Overwatch, CS:GO, and Minecraft), and the pay-to-play MMO revenue list looks like the old one: World of Warcraft, Fantasy Westward Journey Online II, Lineage I, Star Wars: The Old Republic, and TERA. 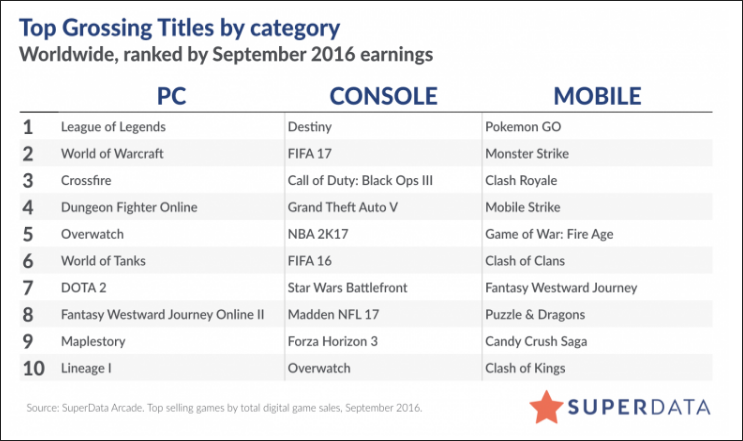 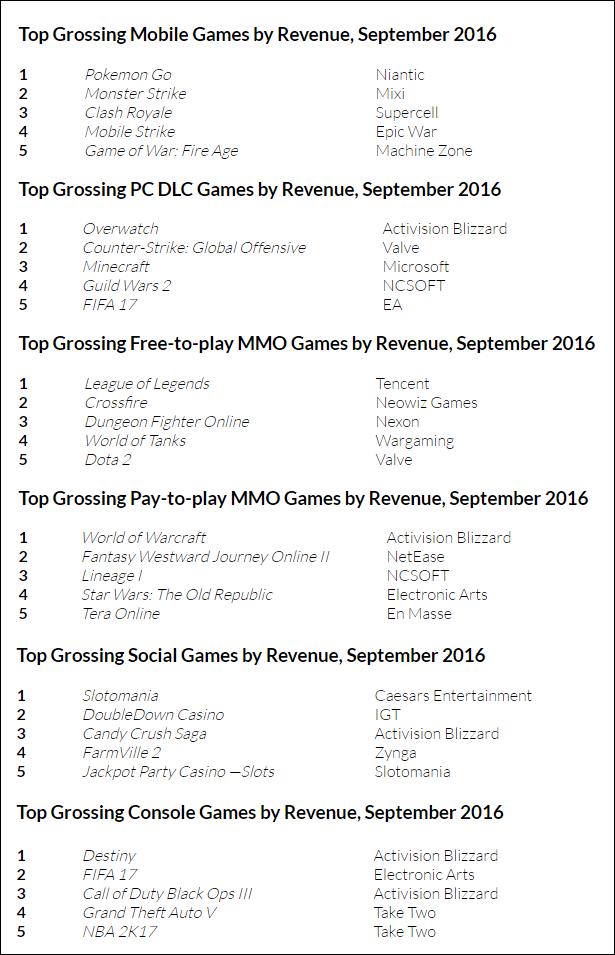 You can still sign up for Fractured Online’s early February alpha...