END_OF_DOCUMENT_TOKEN_TO_BE_REPLACED
Last week, Trion revealed that the western version of ArcheAge will soon get the 3.0 Revelation update first announced for Korea last summer. The massive update introduces the Dwarven and Warborn races, new explorable zones, new housing zones, and a boatload of other additions and tweaks in what could easily be called an expansion.

As a tease for the upcoming content, Trion has prepared a Q&A with the XL Games art team, which we’re posting exclusively and in full today, complete with some brand-new art of the new races. To be clear, the questions were posed by Trion to XL, though I wish I could take credit for the one about beer. Read on to hear how the team was inspired by western fantasy dwarves, the tripedal crow from Chinese mythology, and Charlize Theron!

Besides ArcheAge, what other games have you worked on in your career?

There’s a traditional idea of a fantasy “Dwarf.” How is your dwarf similar or different? What makes the Dwarf in ArcheAge unique?

ArcheAge’s Dwarf is quite similar to the general fantasy dwarf. One thing that does set ArcheAge’s Dwarf apart is that their civilization centers around unique machine engineering and the tracks that connect various massive zones together. The Juggernaut is proof of their enhanced engineering technology, and provides them with higher combat ability that surpasses the Dwarf’s limited physical capacity. 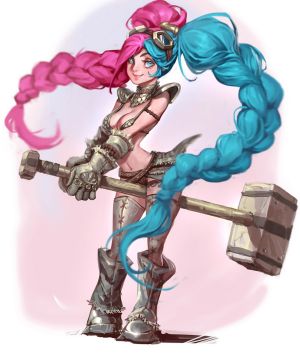 What was your inspiration behind the Warborn? Any inspirations from other games, movies, etc.?

Mad Max: Fury Road was the inspirational reference for the Warborn. We found many similarities between the Warborn life and Mad Max: Fury Road including dry lands and the concept of extreme survival. Sunbite Wilds is designed to represent this concept, as it is a dreadful environment in which the Warborn struggle to awaken their true potential. The clothes the Warborn wear and houses they live in are also all based on recycled materials.

How are the new zones different from existing zones? And was there anything you wanted to emphasize in those zones?

The new zones for the new races feature new environments and the climates that have never been seen before in ArcheAge, including the frozen winter lands for the Dwarf and the deadly desert for the Warborn. Other new zones added include the calm and peaceful Ahnimar and the windy and mountainous Rokhala Mountains. We would like to continue adding new zones and environments to ArcheAge in the future.

What was your inspiration when creating the Daru homeland of Ahnimar?

We intended to make a town for Daru as they play many roles in AA. There are already a few towns of Daru in Halcyona, but the new zone will show more of their skills in machines via various things including the hot-air balloon. We are extremely happy to show the zone that aligns very well with the characteristics of Daru.

What was the most challenging physical aspect to design for the Dwarf and the Warborn races? 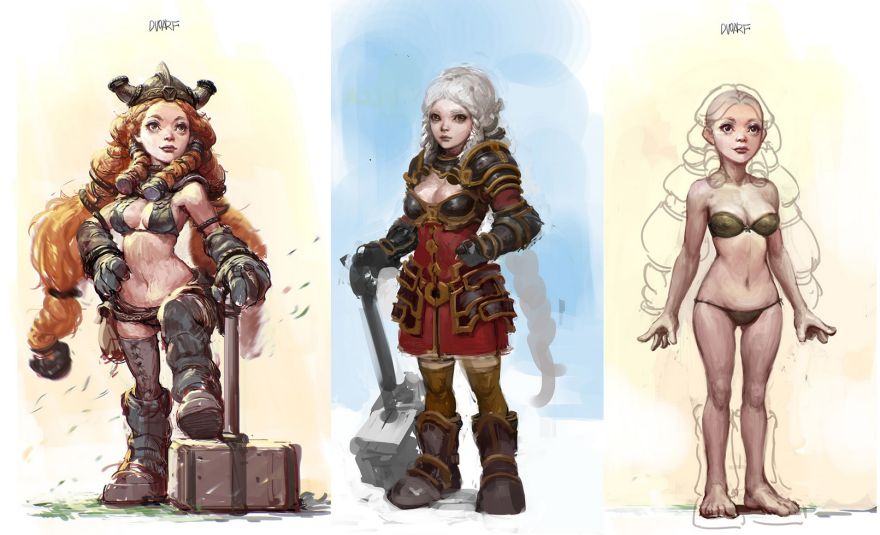 When Dwarves transform into juggernaut form, what happens to their beer?

Despite their liking for beer, the Dwarves do have to sober up to survive. Juggernaut is only possible because of the Dwarves’ extensive knowledge in engineering technology. We introduced the Juggernaut in hopes that the transformation would be used strategically in massive PvP battles.

What was your inspiration for Orchidna? Any inspirations from other games, movies etc?

Orchidna appears again in ArcheAge as the Devil Queen, and is a combination of human, Serpentis and devil. Her design focused on replacing her original young, human image with a mature, charismatic, majestic figure filled with hatred and revenge. Charlize Theron in the movie The Huntsman: Winter’s War was definitely real-life inspiration for Orchidna’s design.

What’s up with her snakes? Where do they come from? What is her relationship with snakes?

The snakes represent Serpentis. Her snake-like dress is used to represent the relationship between her and Serpentis. The blood of Serpentis flows in Orchidna’s veins.

Thunderwing is the mythical, thunder-controlling giant bird that was raised by a villain in Minhee Jeon’s (author and original creator of the ArcheAge universe) story. As its name suggests, its concept is inspired by an ancient East Asian legend telling the story of the legendary three legged crow that was told to live in the sun. Its massive wings and ancient power showcase this mythical concept very well.

We’d like to thank Trion and XL for sharing this Q&A early with our readers! ArcheAge: Revelation launches in December.