How did we end up here? This World of Warcraft expansion is crawling with demons. It smells like brimstone. No, really, how did we end up with Legion? What went right, what went wrong, and what just plain went away? Would you believe me if I told you that there was a panel about exactly that, and it’s what this liveblog post is all about?

Of course you’d believe me, it’s right up there in the title. The title would never lie to you. Jump on down with us as we liveblog in the comments and we’ll fill you in on a look back through Legion’s design process.

4:01 – Here we go! Kicking off with some Broken Shore discussion. The early version didn’t look much like the shipped Legion. “In the first pass, there was a whole gnome section with gyrocopters, a pristine city section, trees, grows buildings, and Tyrande was fighting Dreadlords.” 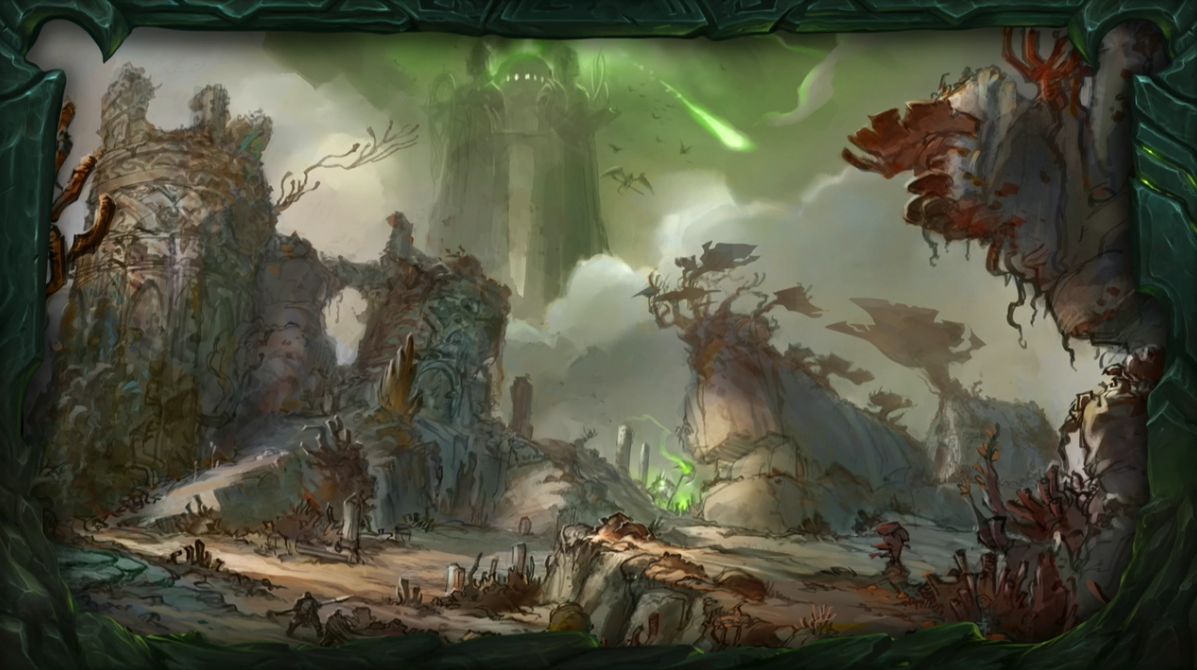 4:05 – Intriguingly, the early designs really didn’t focus on the Legion at all. In fact, they barely mentioned it. 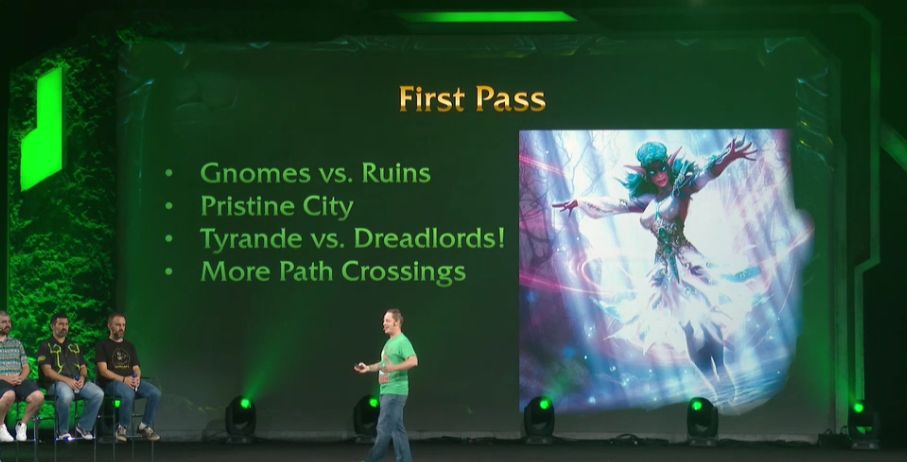 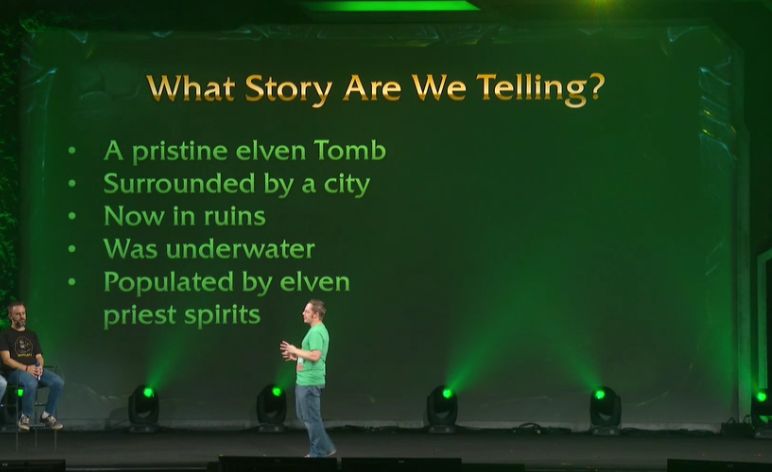 Eventually, the art team sorted out something epic for the Legion. 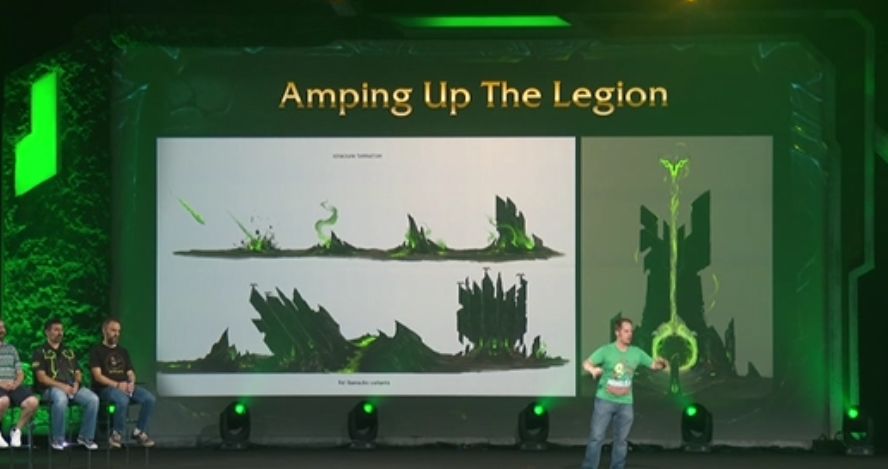 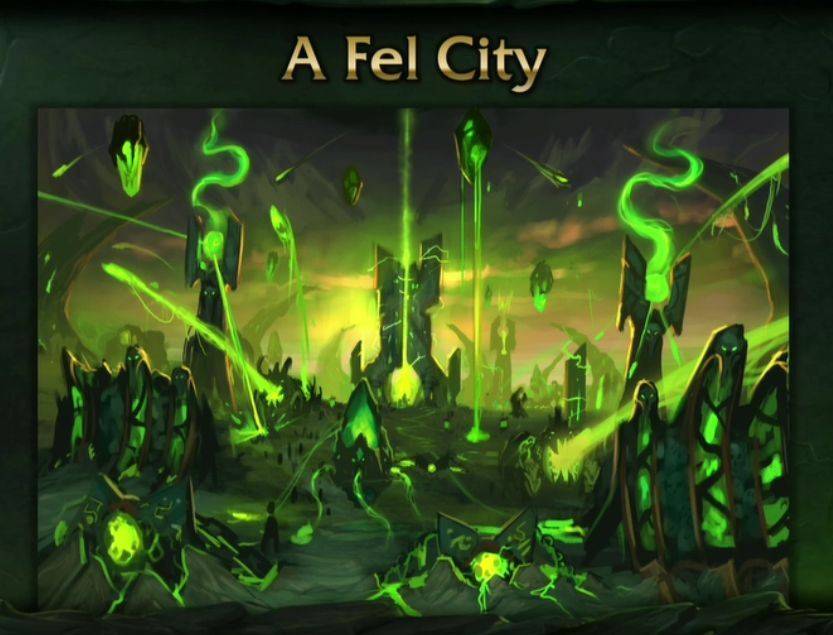 4:09 – The Demon Hunter was really Blizz’s second chance to add the Demon Hunter. It was originally considered for The Burning Crusade, and yes, eyebeams were in from almost the very beginning. 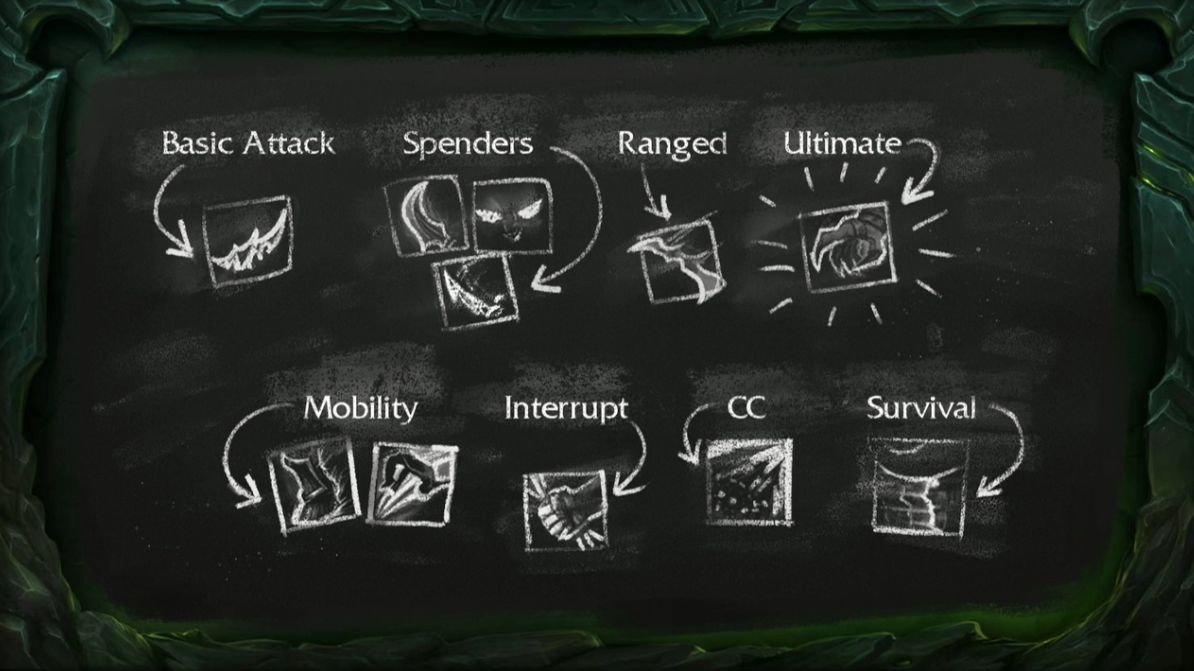 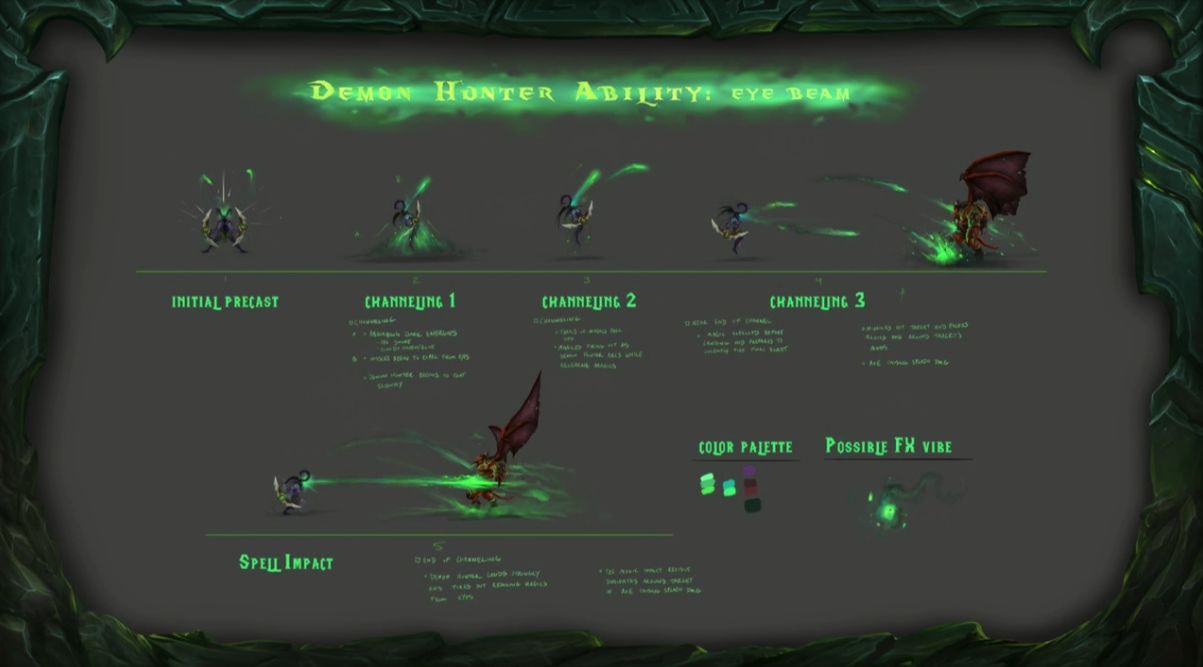 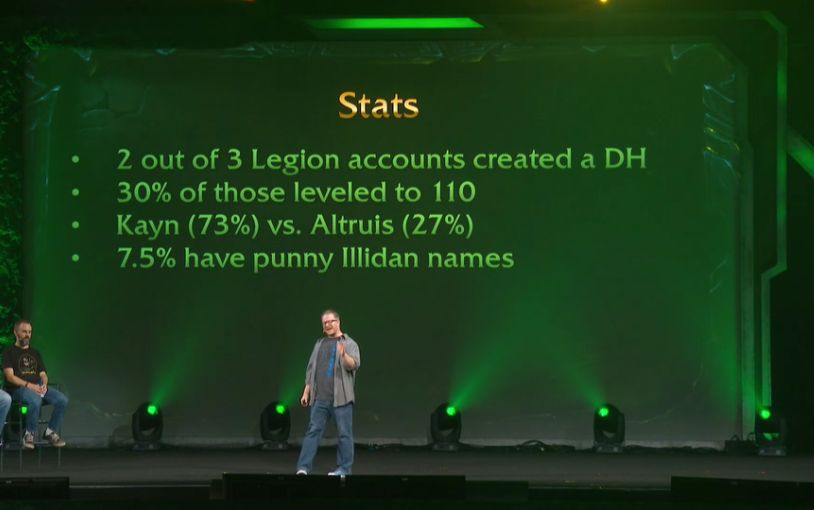 4:18 – Artifact weapons and artifact powers up next. 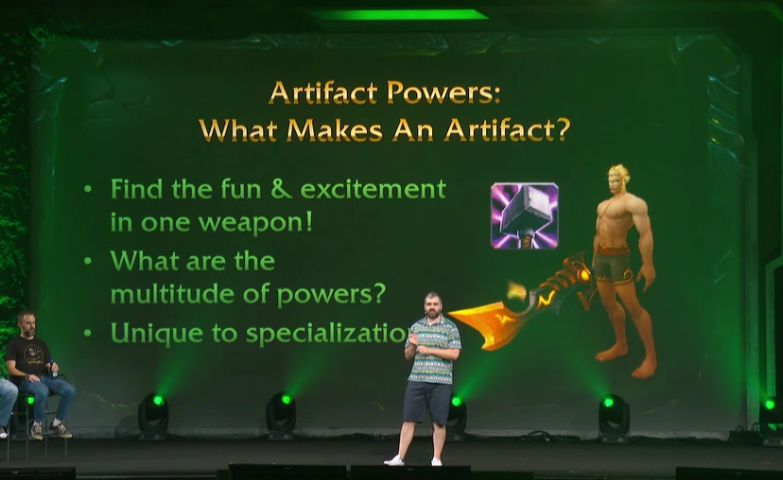 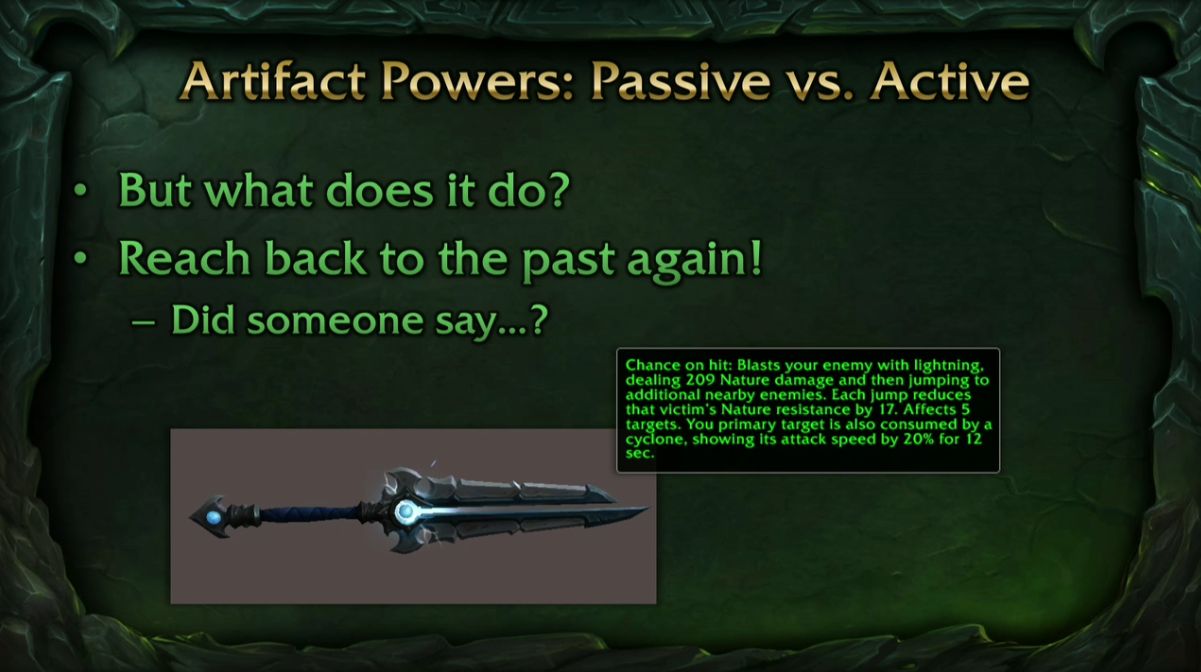 4:29 – Honor changes and PvP. Blizz wanted to expand the circle of its players who play PvP and tried multiple approaches to get people who play PvP in non-MMOs to play PvP in WoW, ultimately leading to Honor talents and compelling rewards. 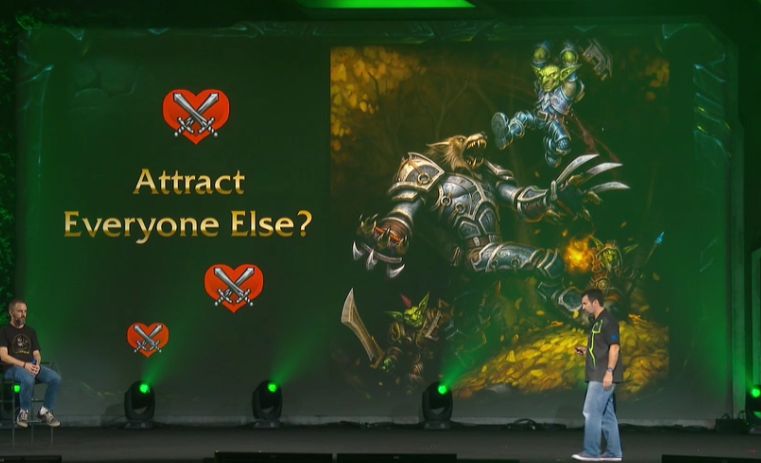 4:38 – Profession time! The fishing pole artifact started out as a joke! Group fishing raid is also a thing. 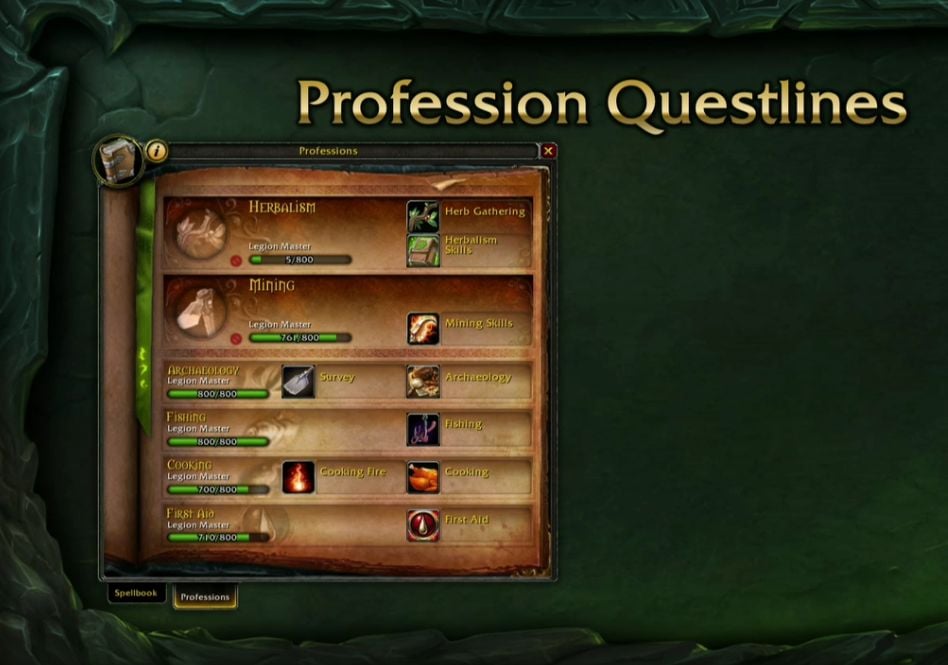 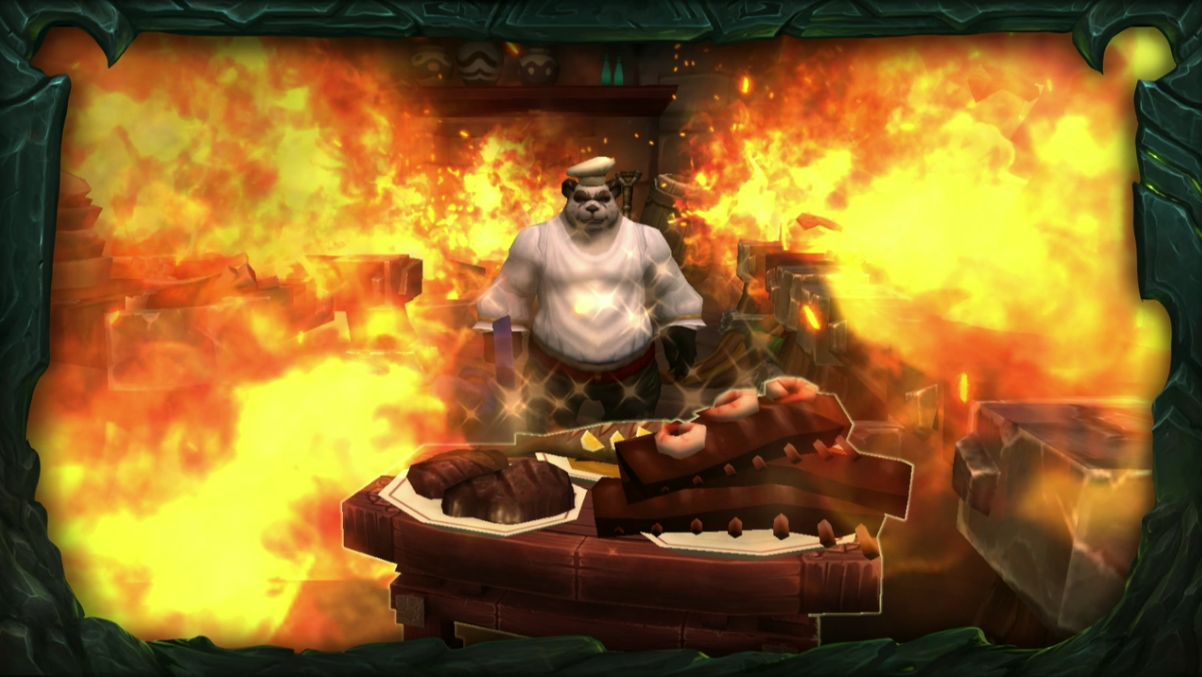 4:50 – Finally, we’re on to world quests and daily quests. Some quests were even borrowed straight from Hearthstone! 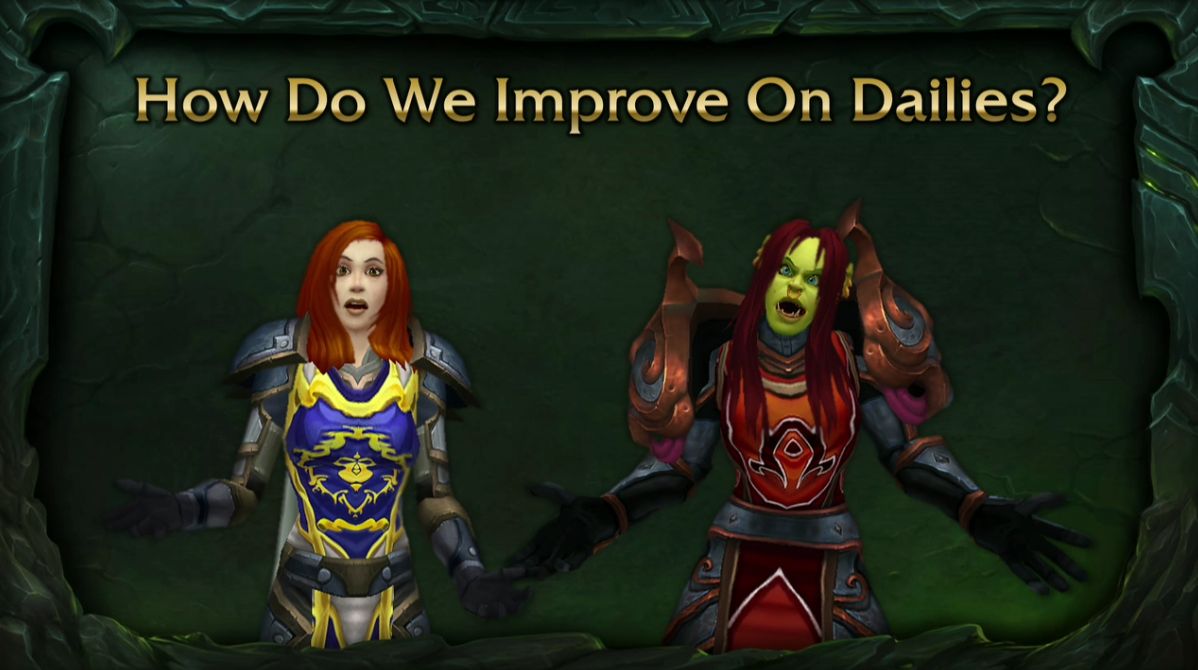 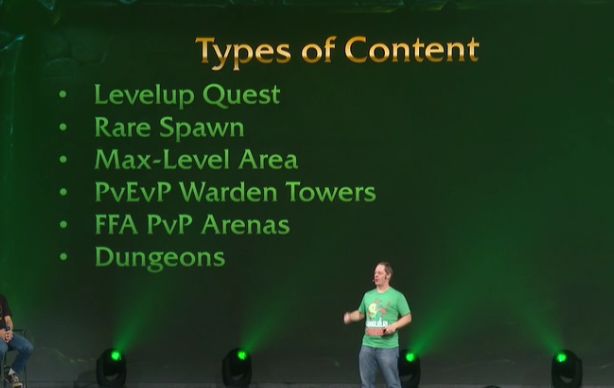 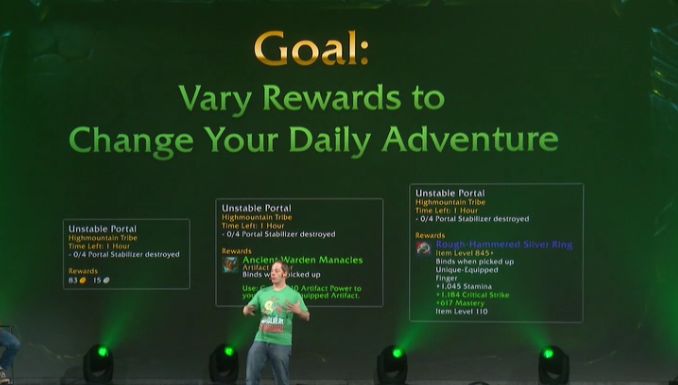 4:58 – Blizzard wanted to do but didn’t have time for more scenarios, class-specific quests, Legion invasions, summonable bosses — all stuff coming in 7.2.

More details in the liveblog down in the comments, courtesy of Eliot!