Who doesn’t like a dozen? A dozen donuts. A dozen cupcakes. A dozen pizzas. (What, that’s not a thing? That should totally be a thing!) And a dozen years of EverQuest II. Oh yes, that is some sweet goodness. The sequel to the original Norrath now has 12 years under its belt, having celebrated its anniversary this week. And luckily for all of us fans, it wasn’t as tumultuous a year as the one before! Sure there were negatives as well as positives, but those lows definitely didn’t dip as low as 2015.

As is customary, I’m taking a few moments to reflect on the past dozen months before we get all wrapped up in next week’s expansion, Kunark Ascending.

What do players enjoy? Content! Content is definitely king for keeping Norrathians happy and playing. Even though there is already a ton of things to do (so much so that we couldn’t even fit it into just one column!), you need new content. And the past year has included a few chunks of added content, including new systems, new lands, etc. But those aren’t the only positive notes from the year.

1. Terrors of Thalumbra. The 12th year started off with the launch of the 12th expansion. It took players to a whole new realm — underground. You didn’t have to be max level to utilize this expansion, which was good because I certainly wasn’t. The new content ranged from new zones to new dungeons to new systems.

2. Server merges. Though they can be seen as both a good and a bad thing, server merges happened in NA in the fall and in EU in the spring. More population is nice, and you didn’t lose your housing, but there is something to be said against breaking up a community.

3. Transfer tokens. In December, NA All-access members had the chance to take advantage of free server transfer tokens now that server merges were all complete. However, this gesture wasn’t without its negative component (see #3 below.)

4. GU 100. Folks didn’t have to wait until the next official expansion for a larger update; they got one in April. GU 100 did-but-it-didn’t introduce a new area. This update took the old lower-level Zek and made another one just for max level players. So Zek was reborn as Zek, Scoured Wastelands, with its own story with its own mobs. There were also more fables dungeons added, as well other features like experience vials and the ability to get hitched!

5. New prestige servers. In May, players were polled on what kinds of other prestige servers they would like to see besides the TLE. The resulting servers introduced were themed to end once the objective was complete (in this case a race to kill Trakanon) then restart with a new objective and the permanent Isle of Refuge server that allowed for the free trading of heirloom items (with a few exceptions). The event server was restricted to All-access members, whereas the Isle of Refuge server was available to everyone. 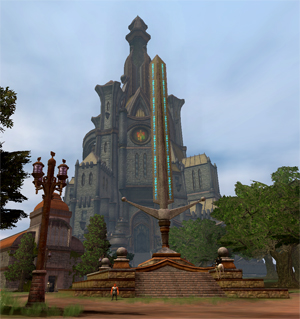 6. A return to buying expansions with Daybreak cash! In July, Daybreak Games brought back this feature that has been missing for many years, allowing folks the chance to obtain expansions without providing a credit card number.

7. GU 101. Summer added more fabled dungeons in GU 101 along with more level agnostic areas and a new level of heroic characters. All players were also offered a free heroic character just for logging in to claim it.

8. More free content. The Altar of Malice expansion became a part of the base game, so all that content is now free to all players.

9. Free membership. Daybreak sneaked in two free weeks of All-access membership in the fall for certain accounts that had been away for a while. Although it was marketed as bringing people back to EQII, it gave folks all the benefits of membership (minus the free daybreak cash) so players could also enjoy membership benefits in DC Universe Online, EverQuest, and PlanetSide 2 during that time. Sadly, there was a negative attached to this as well (see #4 below).

10. Festivals. Of course there were festivals and celebrations galore, from the much beloved Frostfell and Nights of the Dead to Brewday and Heroes’ Festival. Sadly, no new event the likes of the Monty Python-inspired killer bunny event came about, and the pre-expansion public quest event was pretty much a flop. Speaking of festivals…

11. Free 12th anniversary mount. Unlike veteran rewards that are based on account age, a special flying mount was granted to players this year just for participating in the Heroes’ Festival. Anyone who completes six total repeatable missions during the anniversary festival (including having done any of them previous years) will earn an adorable patchwork flying lion. Anyone who completed the Heroes’ Festival achievement previously need only log in and claim the reward during the festival, which ends 3:00 a.m. EST on November 15th.

12. Nights of the Dead on Stormhold. For the first time ever, the time-locked expansion server got to participate in a holiday festival. Many folks hope this means that Frostfell will be included on the specialty servers for 2016.

No year is all roses and happiness, and this 12th one was no exception. While not technically EQII news, the fact that EverQuest Next was canceled affected the playerbase. Folks lost faith in Daybreak. Ah, but if only that were the end of the negatives for poor EQII.

1. No TLE holidays. Sadly, the time-locked progression servers were left out in the cold when it came to holidays, all the way until October when Nights of the Dead made an appearance on Stormhold (see #12 above).

2. Bye bye PvP server. When March rolled around, the PvP progression server was merged into the PvE server. No more home dedicated to the PvP crowd. This also fits in with the whole server-merges-can-be-negative view as mentioned in #2 above; they give the impression of a dying population.

3. Free transfer tokens are not really free. Remember those for NA server transfer tokens granted to All-access members in #3 above? That was an awesome gesture — except for all those players who for whatever reason at that specific time did not have an active subscription! They were just as put out and displaced as subscribed members. It wasn’t their fault servers were merged, so why punish them that way?

4. Poor notice of free membership. Sadly, many missed out on the two free weeks of All-access membership (#9 above) because of the really poor notice on Daybreak’s part. The studio was pretty silent on the matter except for emails that often ended up in spam.

5. Locking folks out of Frostfell. It was bad enough that the TLE was missing out on the gloriousness of Frostfell, but anyone on the regular servers who hadn’t bought the ToT expansion was also locked out of the newest 2015 holiday content. I firmly believe holiday celebrations should be available to all. Speaking of gating content…

6. Gating content behind subs. Another negative practice that sprung up was gating update content behind a subscription. This also meant that the content would no longer be accessible once a player stops subbing. Updates should be for all players. If new content is to be purchased (which I can fully support — I’d like Daybreak to keep the EQII lights on), make it a one-time purchase through DLCs or expansions that folks then have indefinite access to.

7. Price gouging guild halls. I am all for Daybreak making money, but some things are just a wee bit ridiculous. And I’d totally place the Highhold and Skyshrine Capital guild halls in that category, which carry a price tag of $350 and $400, respectively.

8. The EQ Worlds mobile app was also shuttered in March. No more little mobile tasks that allowed players to earn goodies to be redeemed in EQII. 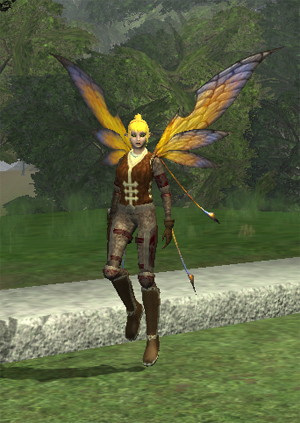 9. Legends of Norrath closed down. We learned in June that we were losing Legends of Norrath.  And adding insult to injury, those who still wanted a chance to get the cool loot from those LON packs now had to try for the loot in purchased RNG lockboxes.

10. Account bans. In July, there was a banning of accounts when 3rd party keys were involved. This controversy affected not only suspect keys but reportedly also all the games of even some legitimate keys.

11. Holiday DDOS. You cant seem to be a video game anymore without a DDOS attack, and EQII suffered one over the winter holidays. Cheery, no? No.

12. No more physical game cards. In October we learned that physical game cards — such as you’d buy at Walmart — were getting the heave ho as of November 8th. That removes the ability to buy Daybreak Cash at retail outlets, the last way to directly maintain subscription or buy games without giving the company your credit card info. Hopefully there will still be a Krono market in game that players can utilize.