(New additions are at the bottom!)

The Secret World is part of the Humble Bundle this week; you can pick it up for a song. Everything in TSW’s item store is on sale too! Go wild! And thank you to the 500 people who sent this in! Y’all love TSW! Who knew? 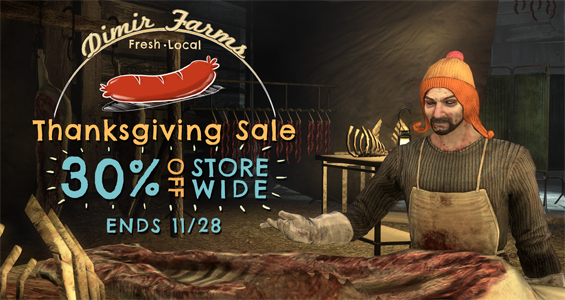 Blizzard has a super sale on a bunch of its games, of course, including World of Warcraft through Draenor for 5 bucks (but not Legion), 40% off Overwatch’s Origins editions, and huge discounts on Heroes of the Storm bundles. 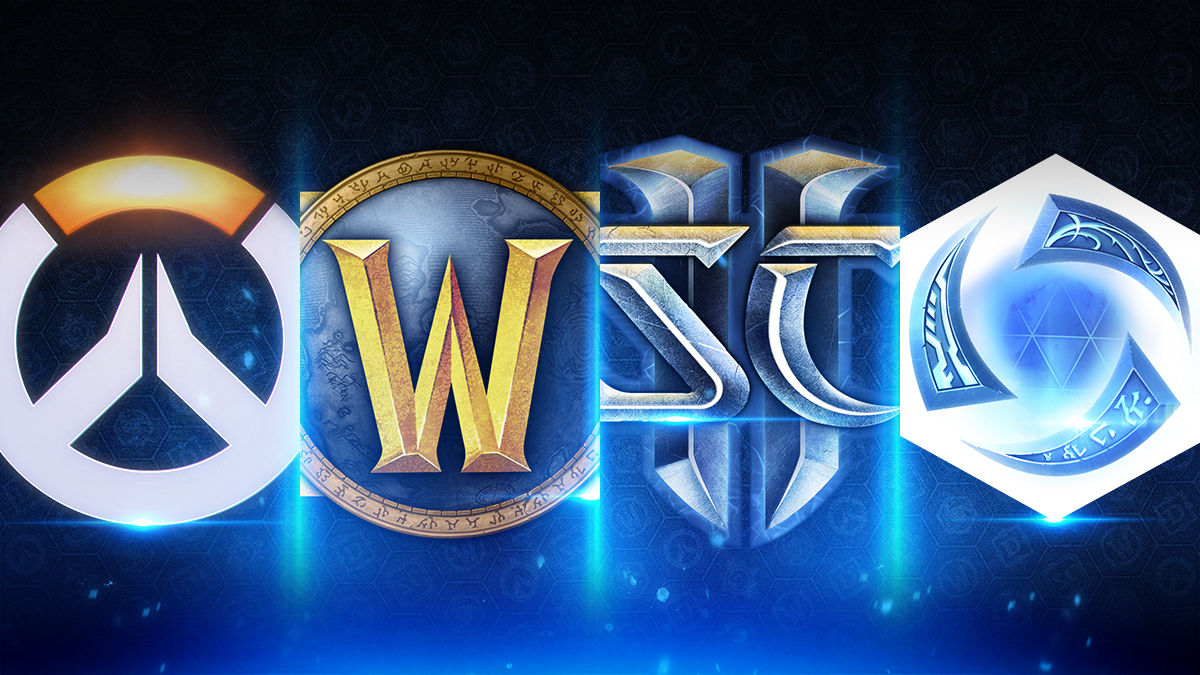 The Elder Scrolls Online has “Black Fredas” sales running starting today (yeah, another in-game holiday — liking this trend!). There’s a massive bundle pack that includes a camel mount, plus the starter pack is 60% off and the crown experience pack is 25% off. 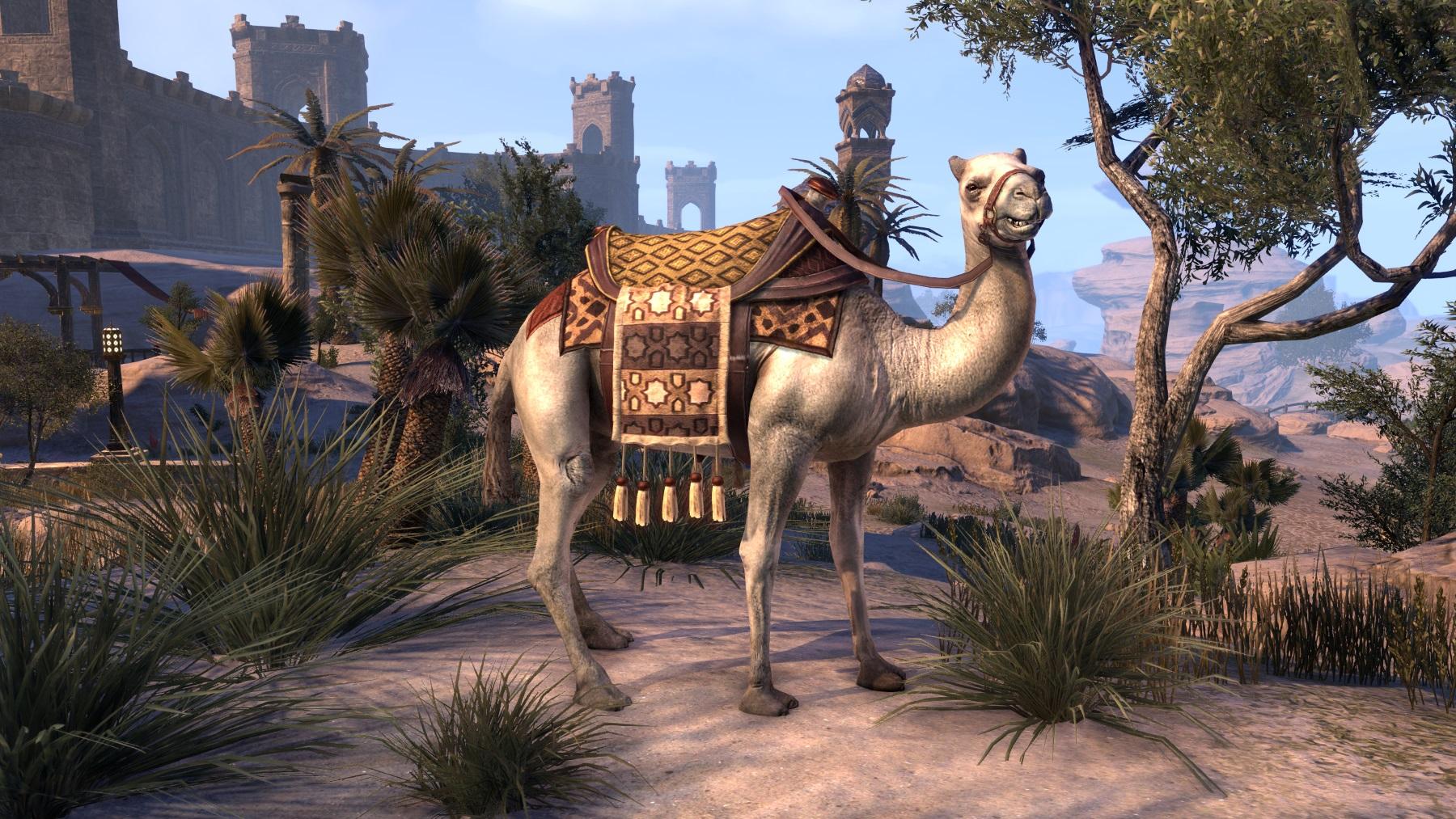 Technically, Guild Wars 2’s 50% off sale for Heart of Thorns was supposed to end Tuesday. But as of Wednesday morning, it’s still up, meaning you can get expansion access (and living story season three access) for $25. The cash shop also has some new goodies. And buttcapes. [Edit: The sale has ended by Wednesday afternoon. Darn! But international folks can get it for 11 pounds.]

Marvel Heroes has a BOGO deal going for heroes and costumes (“Purchase any individual Hero or Costume from our in-game store and receive a bonus random Hero or Costume for free!”), plus Gaz put  team-ups, pets, stash space, and fortune cards on sale for half off. 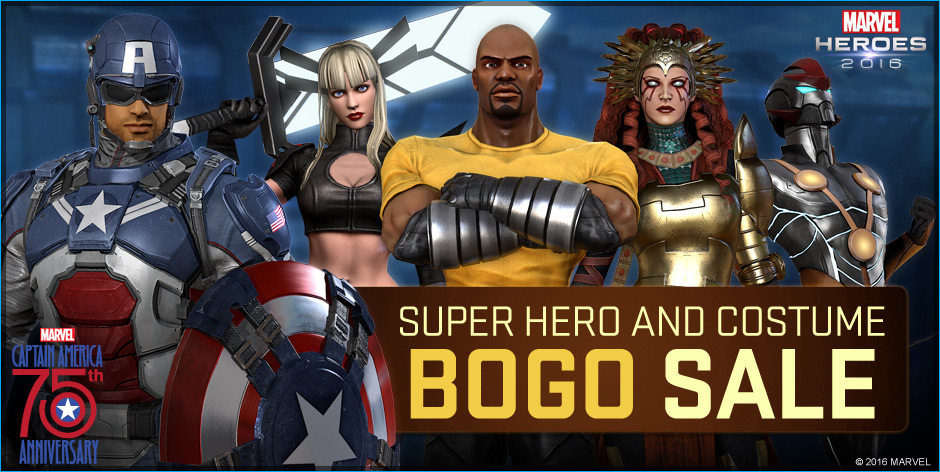 RIFT is bringing back all the mounts. ALL THE MOUNTS. Is that a fox wearing a bead necklace? Yep gonna need that, and I don’t even play RIFT anymore. “We know you may be busy on the actual date, so we’re making this a week-long sale!” says Trion. “All RIFT Store mounts will be offered at 25% off from 12:01am PST Wednesday, November 23rd, to 11:59pm PST Tuesday, November 29th.”

Black Desert is a Korean-born MMORPG whose US servers are run from The Netherlands, but don’t think they’ll be missing a good sale: Beginning tomorrow, “players can take 50% off all Black Desert Online game packages, which now start at $4.99 / €4,99. Items in the cash shop will also be heavily discounted, with up to 80% off on select items rotating in and out once per hour.”

Shroud of the Avatar has brought back its 15% summer bonus for Black Friday before it retires some of its cosmetics next week: “For all new purchases (including bundles, bundle upgrades, add-on items, player owned town upgrades, and Make a Difference items) between Midnight CDT October 6, 2016 (5:00 UTC, October 7, 2016) and Midnight CST, November 28, 2016 (6:00 UTC, November 29, 2016), we will add an additional 15% bonus to your Store Credit! You can use your Store Credit toward additional purchases (which includes bundles, bundle upgrades, add-on items, and player owned town upgrades).” 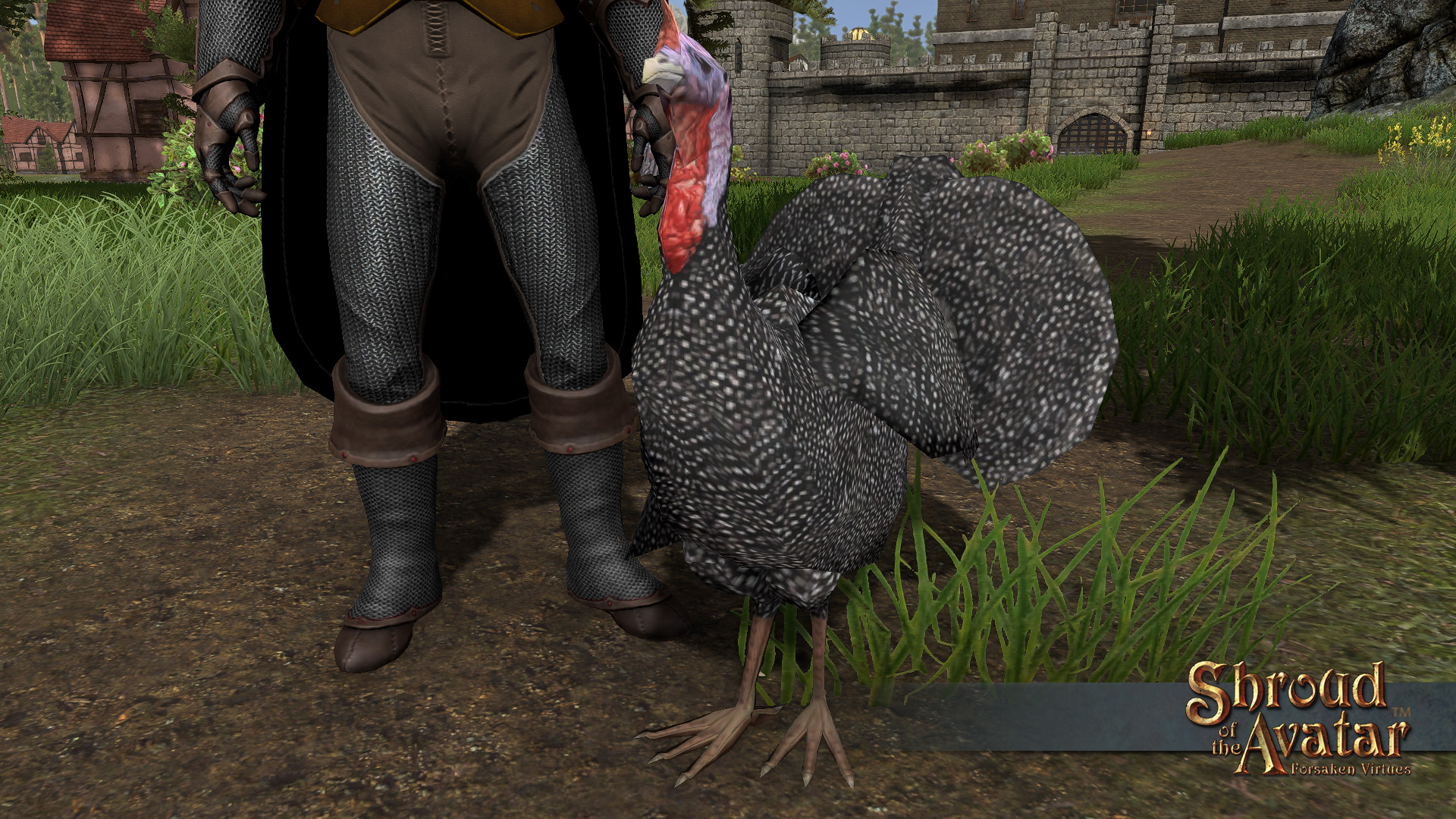 Riders of Icarus is celebrating its first Black Friday with cash shop discounts and shoulder kittens, which pretty much need to be a thing in every game ever. Expect more deals out of the game every day for the next few days.

Path of Exile has so many microtrans and outfit sales that they made a video to explain it all. Everything’s half off!

“Block Friday Will Knock Your Blocks Off!” declares Trove. Trion’s put Trove’s essentials packs at 50% off and a few other bits at 75% off — including the soundtrack.

ArcheAge has a new bundle pack with a pegasus mount and armor, plus a special Black Friday flame tiger, retired crates brought back from the dead, and a ton of cash shop items marked down as much as 80%.

Defiance is also running 35%-65% off sales for its different packs and DLC bundles through the official store, plus there’s a new lockbox.

RuneScape’s yearly subs are currently 30% off — just under 80 bucks.

Subscribers can save 25% in Age of Conan’s cash shop this weekend. 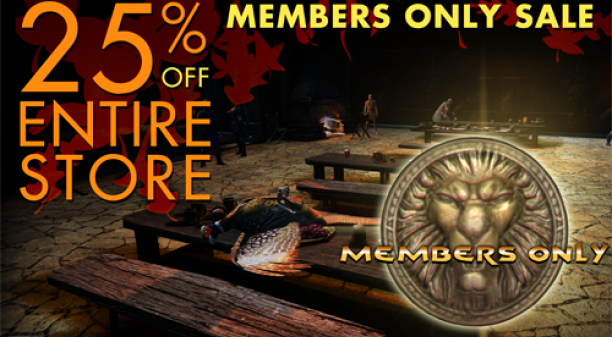 Skyforge has a ton of cash shop items on sale for up to half off, including some companions, costumes, and mounts that were part of older promos. Running through December 1st. 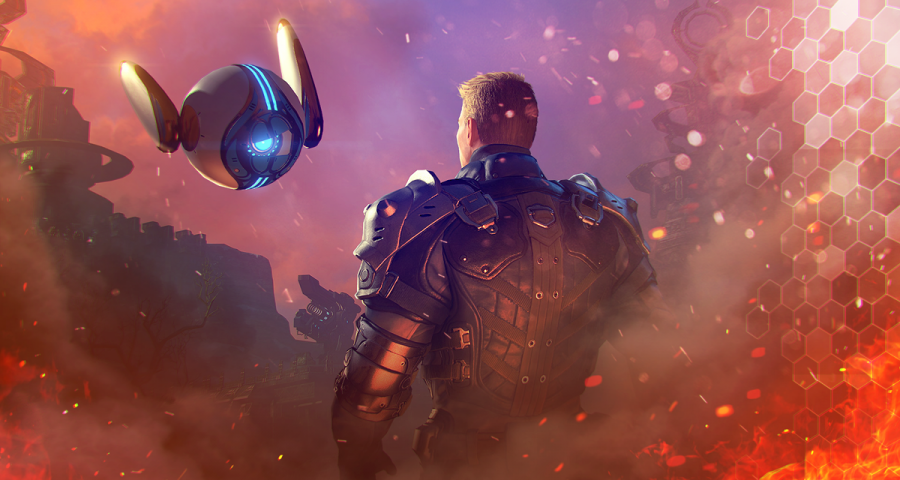 Square-Enix has put Final Fantasy XIV’s various editions and expansions on sale from 33% to 75% off.

LOTRO has promised a double bonus points sale beginning on Thanksgiving day, plus 75% off “select” cash shop items and 30% off legendary stat upgrades and relic packs.

SMITE’s gem packs and ultimate god packs are on sale for 33% off on both console and PC.

EverQuest II has put the Beastlord and Channeler classes on sale, along with the Aerakyn and Freeblood races. There are other cash shop bits on sale for up to 50% off, including heritage armor and the mount/armor bundle. The photo below is not photoshop. Well, I mean, it’s not my photoshop. It’s Daybreak’s photoshop. And I’m sorry. 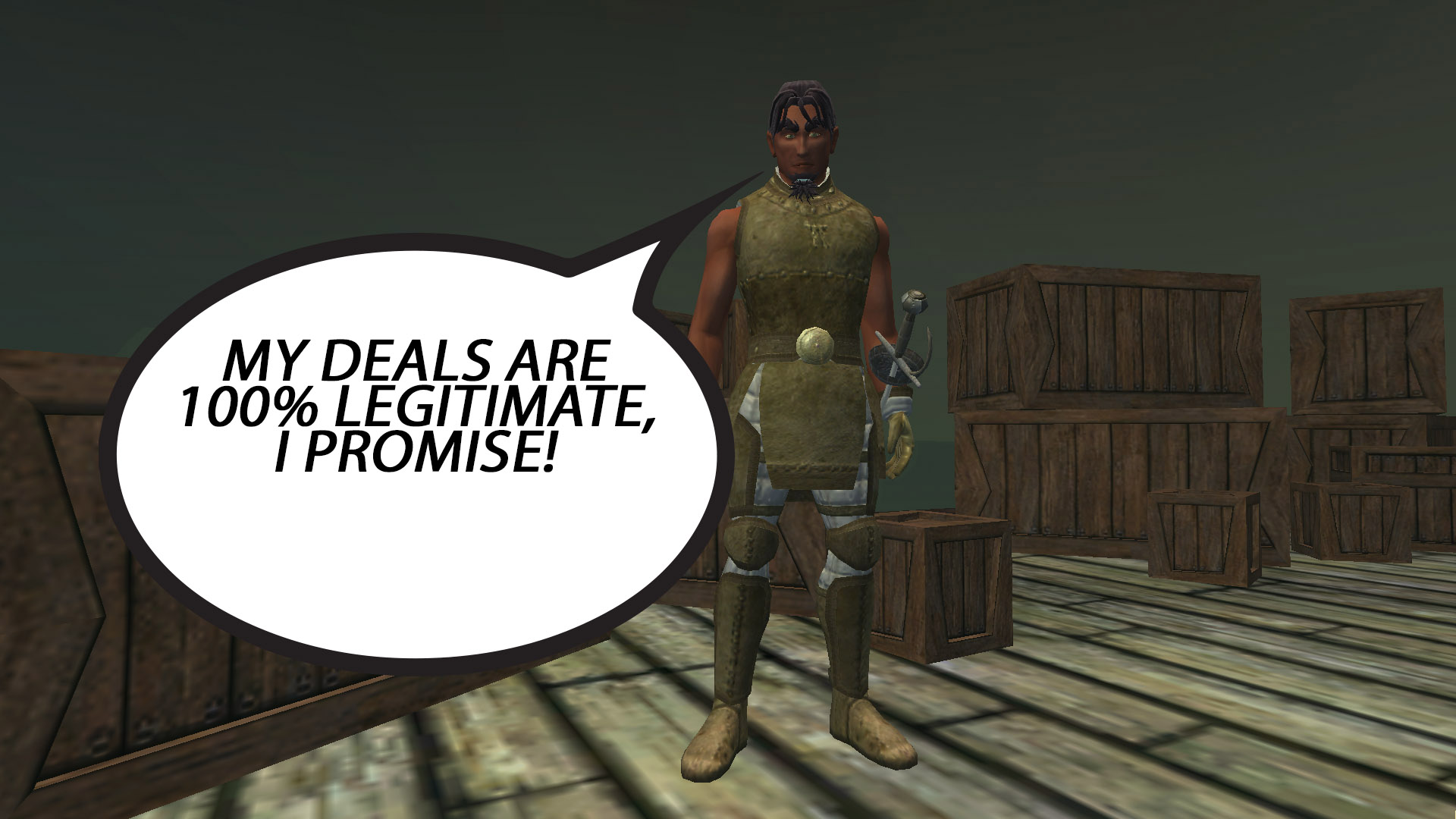 H1Z1: King of the Kill is pretty much a game about crates. And crates are on sale. Go crates. 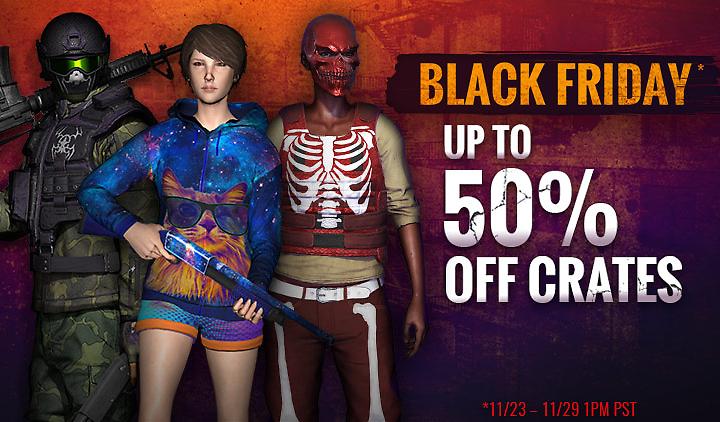 Dungeons and Dragons Online’s sale is similar to LOTRO’s: “Get 50% off the Shadowfell Legendary Upgrade, Traveler’s Trunk, and more! Epic and Heroic Otto’s Boxes are back for a limited time! Grab Double Bonus Points through November 28th!” 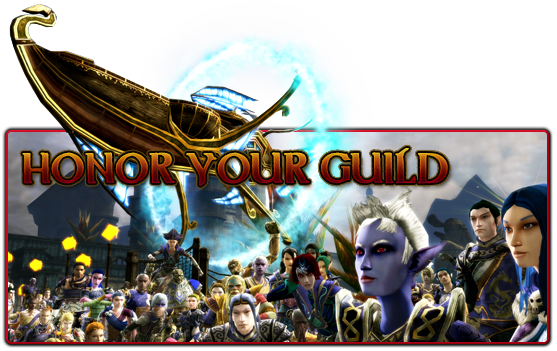 Paladins is running a chest sale this weekend: “Enjoy 33% off Colossal Chests and 30% off Radiant Chests, November 23rd through November 29th!” 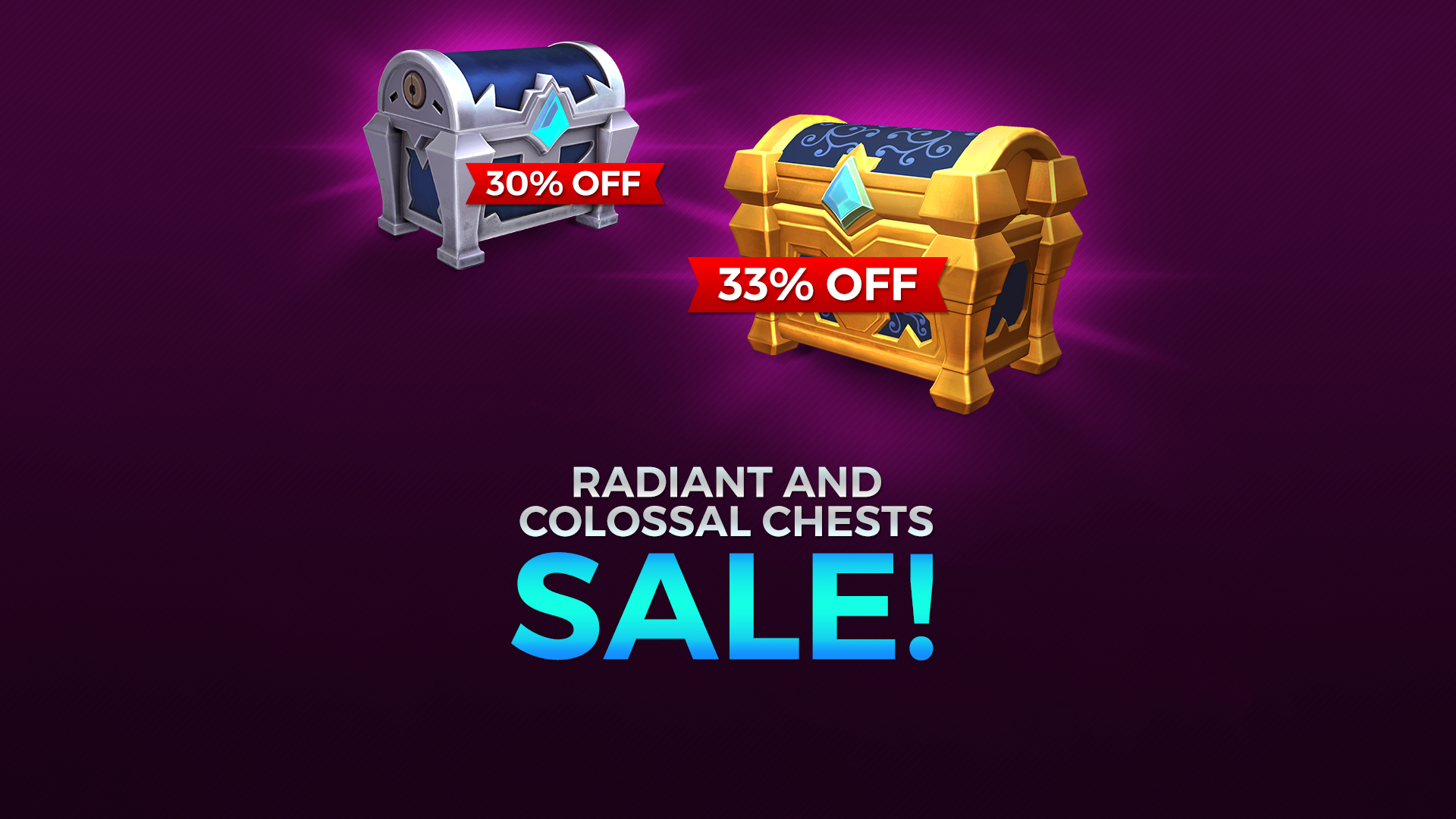 TERA’s got a daily sale running: Friday kicks it off with mounts and pets, Saturday is weapon skins, Sunday is costumes and accessories, and Monday is bestsellers and stuff you beg for on the forums. There’s tons more on sale too!

Revelation Online is offering a Black Friday bonus of a sweet balloon mount for folks ordering founder packs this weekend.

Champions Online has freeform character slots half off and 20% off the ZEN store!

And over on Steam…