The fourth such project was recently revealed as Ship of Heroes, a title in development by a group of former City of Heroes players in Pennsylvania (near Penn State). The concept is a little different, in that the city you’ll be flying and fighting in also happens to be a giant spaceship hurtling through space, visiting planets. “City of Heroes meets Star Trek” is the concept here.

“Ship of Heroes needs to exist for many reasons,” the team posted. “For those of us who still mourn the closing of City of Heroes, we need a home.”

The devs assure us that this is not a joke and that they can be trusted. An aggressive development timeline outlines what will happen over the next few months leading up to the planned Kickstarter campaign in April or May. You can see this timeline below. 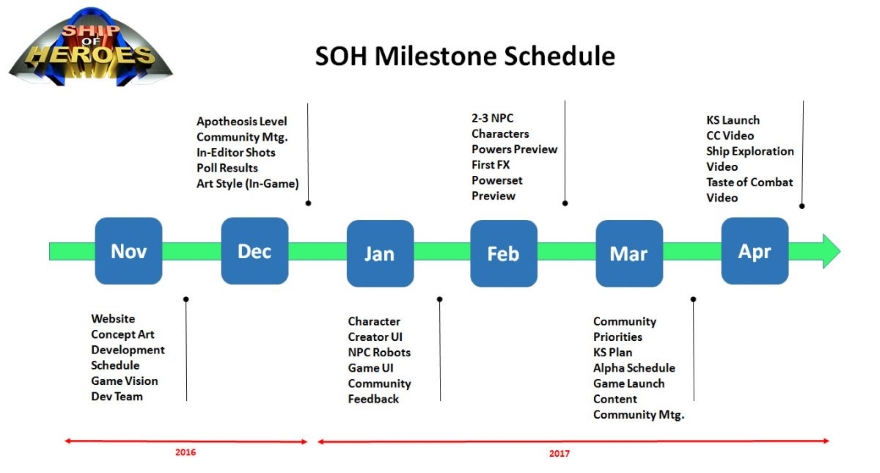