I don’t want any of us to be fooled by this picture. Shifty-eyed evil comes in many forms, the most deceptive of which is overwhelming cuteness. You may think that Becca here is nothing but sunshine and squishy hugs, but look at the horns! She is up to something, and that something will end all life as we know it.

“I came down with the Cold From Hell recently and needed some uplifting adorableness in my life to sustain me through the sleep deprivation and tissue piles,” Becca said. “After seeing screens from Twin Saga on MOP I decided to give it a spin. Cute is the best medicine! Look at my devilishly adorable character atop her capybara mount which has a BABY capybara on its head!”

DO NOT BE FOOLED. AVERT YOUR GAZE NOW. 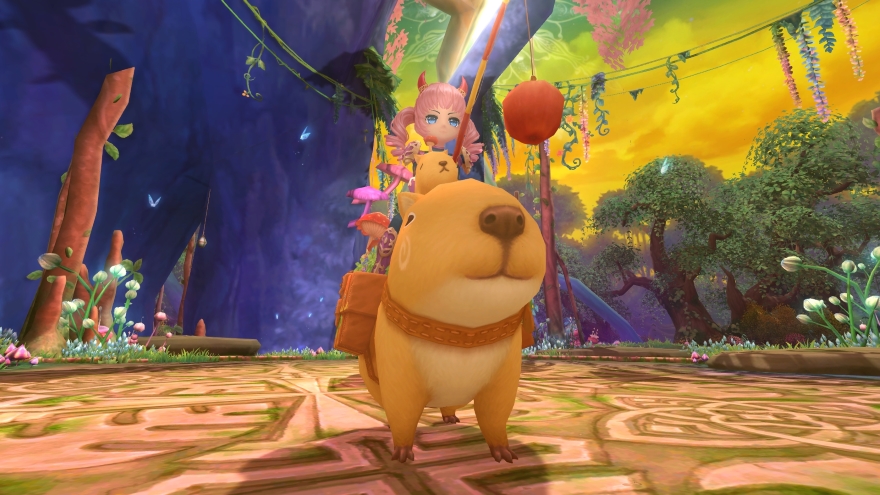 Just because we’re in the thick of the Christmas season doesn’t mean we can’t suffer post-traumatic flashbacks to Halloween (or merge the two if you want to create a merchandise bonanza that will sell quite well at Hot Topic). Yrys takes us back to Lord of the Rings Online’s “hilarious” Haunted Burrow with this picture. 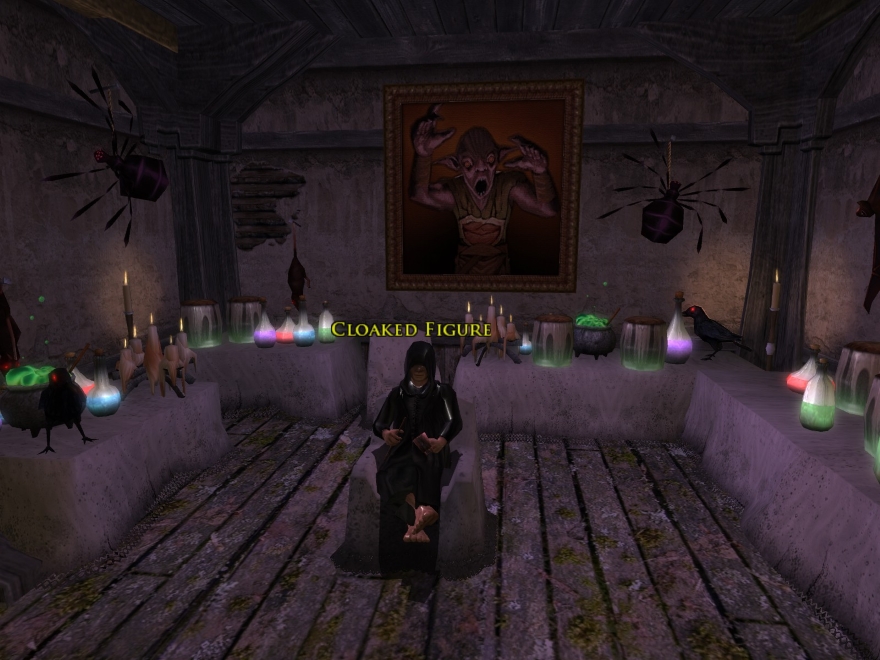 “I played a bit of World of Warcraft this weekend,” Nimway submitted, “Here my new baby Monk is on her journey to Orgrimmar. I’m spending the winter in E.U., so I bought an E.U. copy of the game, which means I have no achieves, no battle pets, no mounts, no heirlooms! Oh my, it is just like starting fresh all those years ago! (Well, at least I know more about the game this time around!)”

I love how serene this screenshot makes me feel. It’s just what Becca would want me to feel, to lower my defenses, before she attacks. 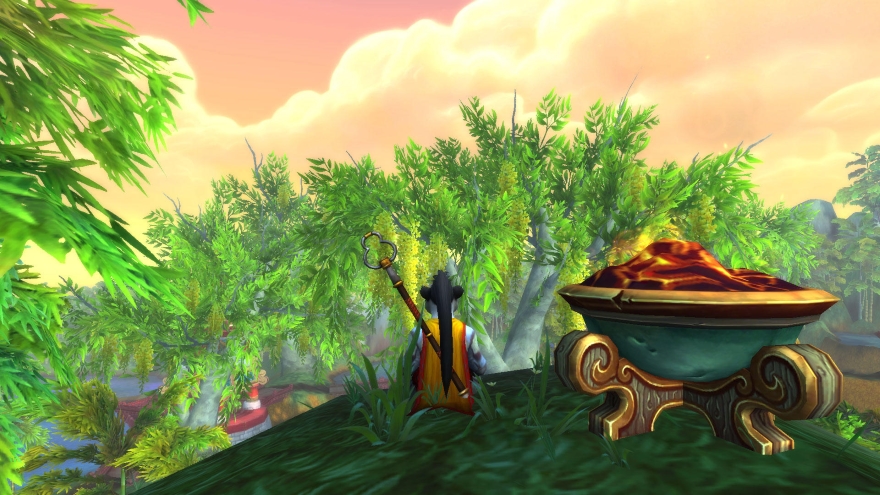 Many of you posted wonderful MMO cityscape shots in response to last week’s screenshot challenge. It was quite hard picking out a couple of them, but DigitalQ gets a nod for reminding me of how detailed SWTOR’s futuristic metropolises could be.

“Nar Shaddaa is a dark magical place of neon and carnal fun. I live a pretty quiet and normal New England life, and while I am not a true role player in any of my games, I like to think I have a good imagination. Sometimes I just stop in my games and spend a few minutes looking around and try to really imagine what it would be like to be in my toon’s shoes at the very spot they they stand… or in this case the view from their flying taxi.” 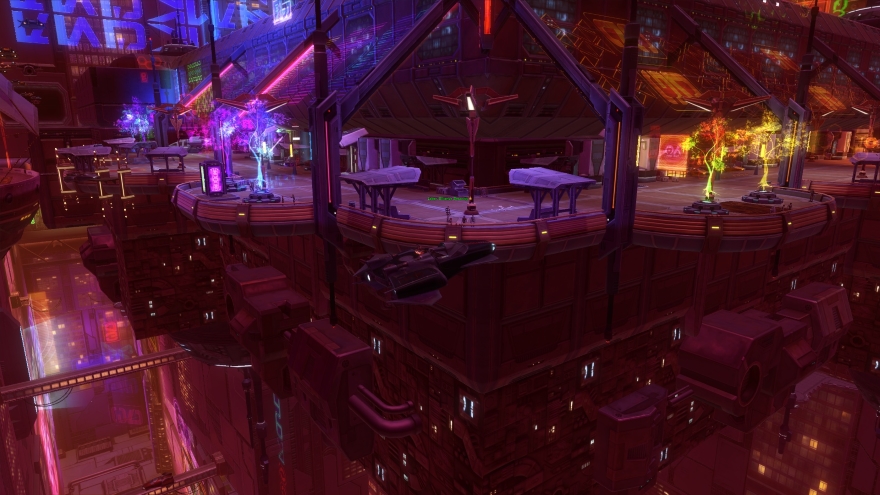 I’ve heard wonderful things about Guild Wars 2’s Forgotten City of Tarir over the last year, and if Nosz’ screenshots were any indication, it’s a place that I will have to visit at some point. I liked this shot in particular because the view looking up really brought me into the scene. 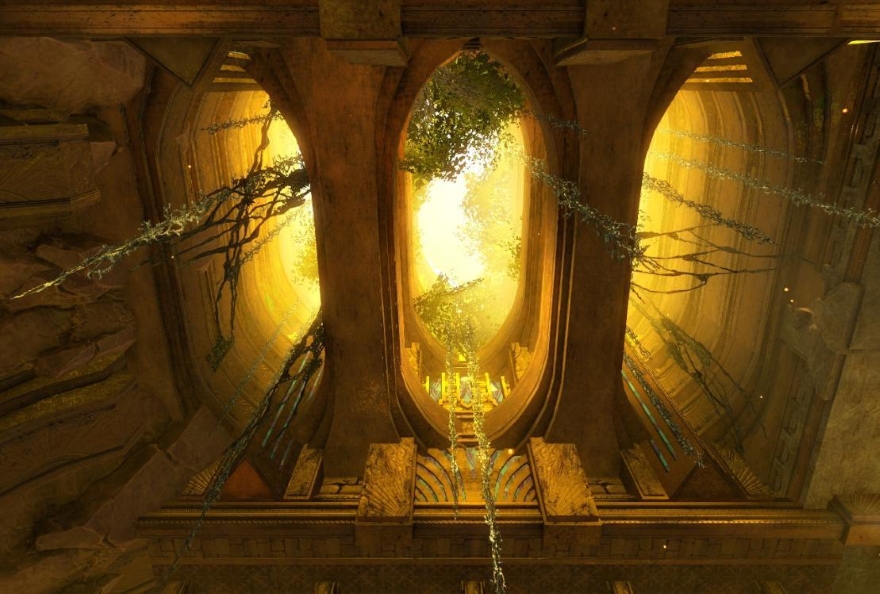 Speaking of looking up, let’s make that this week’s screenshot challenge. There are often really fascinating and even breathtaking sights if players would only look up once in a while. What do you see above you in game? Take a few pics of roofs, skies, and anything else overhead and share them!