END_OF_DOCUMENT_TOKEN_TO_BE_REPLACED

Currently, if you buy a new copy of Final Fantasy XIV, you’re going to have to level up to level 50 and clear all of the subsequent storyline content that leads up to Heavensward before you can, well, experience anything of Heavensward. Once Stormblood releases, you’ll need to level up to 60 and clear all of Heavensward’s content. You get the general idea. Producer and director Naoki Yoshida has talked about the potential to add in a “jumping potion” in the past, and he’s laid down a clear explanation of how such potions work in the game’s Chinese and Korean versions (i.e., the two versions not on the same global servers with the Japanese/American/European player base).

Yoshida explains in detail how the potions work in these two versions of the game, with two separate potions in place – one completes the main scenario quests, while another one simply lets your job jump to the start of the current expansion for leveling purposes. In both cases, you still need to hit level 60 and clear Heavensward content normally. He then goes on to say that he’s considering when and if such potions will be implemented in the worldwide versions of the game, noting that he imagines it would be implemented between Stormblood and the subsequent expansion if he decides to go with it. 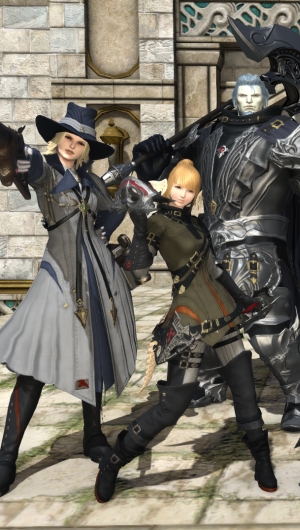 Needless to say, there’s a tempest in a teacup surrounding this, with many players missing the two repeatedly and clearly stated points that Yoshida is discussing how these potions already work in other places and that this feature is unlikely to be available in the worldwide client until after Stormblood is on deck to be replaced by a new expansion. Players are also ignoring Yoshida’s examination of the downsides of these potions and why he thinks this may well be the best option for the game moving forward.

Here’s the thing: As someone who has been playing the game since its initial launch in 1.0, he’s right. And you can see it in countless other games that have kept moving upward over time.

One of the questions that we get asked on a regular basis here at Massively Overpowered is which games are best for players to start in right now. There’s always a very real risk that after a game has been running for a while, people are going to be left behind and the lower-level areas will become ghost towns. FFXIV is already very diligent about giving people reasons to go back to lower-level areas and take on challenges that would otherwise be neglected, but that doesn’t mean that it doesn’t have to consider what the experience will be for players questing or going to the various cities.

Furthermore, the potions in question are neither mandatory nor degenerate. The leveling potion doesn’t boost your experience gains for a limited time, it just tosses you up to the point where the prior expansion ends. That’s all. It means that you are still going to be an active participant in all of the content through the expansion, learning new abilities and new mechanics along the same path as everyone else. All it means is that you don’t have to start at Level Nothing while all of your friends steamroll on ahead.

But even more importantly than that, this is not a mission statement; this is an explanation of how things are done elsewhere and what the benefits and drawbacks are to that system. There’s no statement of intent beyond “we’ll probably add this before the expansion after Stormblood,” which would mean that we’d hearing about deployment plans in 2018. Yes, 2016 is entering its final days, but that doesn’t mean this is something happening in the next few months; it means that this is something that’s being planned out for the relatively distant future.

Remember, this game is planned out well in advance.

The full explanation is well worth a read and careful consideration; Yoshida notes that the decision will ultimately be his, but he is listening to the input from players and will take that into consideration. That having been said, it’s probably better to not miss all of the rather explicit surrounding details that might make a fire-and-brimstone knee-jerk shouting festival less productive.

Source: Official Forums; thanks to Darkstar for the tip!
Advertisement