END_OF_DOCUMENT_TOKEN_TO_BE_REPLACED
We’re not there yet, but 2017 already makes me anxious. That’s not going to stop it from arriving, though, however much I might want it to. And hey, we’ve got some stuff coming for Final Fantasy XIV for this year, so that’s something to look forward to. Including the second expansion, which currently has some pretty darn big shoes to fill and a lot of content to deliver. Stormblood has to do everything right that Heavensward did right while also improving all of the things that its predecessor didn’t do quite as well. That’s a tall order.

Am I worried? Not particularly. So now that we’ve looked back, let’s look forward at 2017 and what we can reasonably expect to see in the game over the upcoming 365-day stretch. Aside from the obvious stuff, anyway; if you’re curious about whether or not we’re going to get new tomestones, I don’t know what to tell you.

Three big updates (and one moderate one) 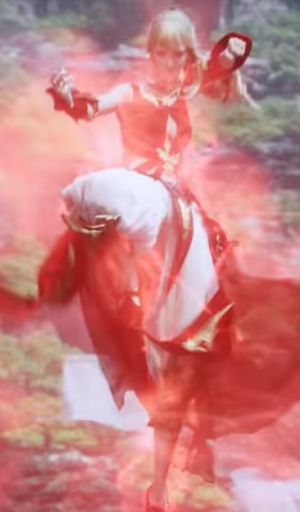 We already know that 3.5 is being split into two parts; the first part will hit in January, the second in March, and the expansion will probably come out around June. After that, I imagine we’ll get the first big patch in mid-to-late October, with 4.2 visible on the horizon when the year wraps up.

In this case, we have a pretty clear archetype for how this is going to work; Heavensward worked more or less the same way. The team on the game will need a bit of a break after the expansion launch, the first big patch will come a little bit later, but we’ll still be keeping roughly in line with our usual three-to-four month content cadence. It’s enough to keep new stuff incoming without overwhelming the team or frontloading everything into a handful of patches.

What will that content entail? Well, that’s always more ambiguous. But we can make reasonable assumptions.

Stormblood is probably going to launch with eight new dungeons. This is based, again, on what happened with Heavensward. We had five leveling dungeons, one dungeon to cap off the story, and two level cap dungeons for Expert purposes. As much as I dislike the two-dungeon Expert rotation, I don’t see things expanding back upwards simply from a development time standpoint; similarly, I don’t think Stormblood’s levels will take so much time that we can actually support a completely separate dungeon every single level. (If so, that will be less than pleasant.)

Along the same lines, I imagine we’ll be seeing 3-4 new trials and the first installments of the Alexander equivalent releasing about a month after launch; these are all systems that worked just fine in Heavensward, so it makes sense that the developers are going to use that as a base unless there’s a strong reason to deviate from it. Rewards from the Deep Dungeon will likely be tweaked slightly, but the Palace of the Dead will probably still cap out at 60; since it’s an independent leveling system, there’s no need to make major changes.

We’ll also have the usual job quests, although the revamp means that we might see some more significant changes to that particular structure. The reality is at this point that job quests are something of a double-edged sword; while the quests we got in Heavensward had just enough space to stitch out a story, it also broke up the flow of play rather aggressively when we had to drop everything on the regular just to go pick up the next ability. I’m reluctant to make any firm predictions about abilities at this point simply because of the promise of revamps, so I’ll just leave it as “this will be different.”

Oh, and there will be a pile of quests and aether currents to hunt down. So, you know, the usual there.

New jobs and how to find them 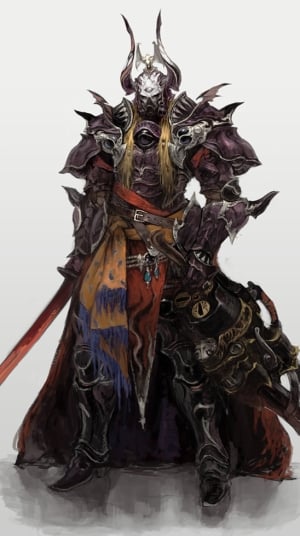 Next week, I fully expect we will hear about what Red Mage does and how. We will probably get a teaser about one additional job, but we may very well not know if we’re actually getting two or three new jobs until February. I think Red Mage will most likely be DPS, although Healer is possible and Tank is vaguely possible (albeit least likely).

One of the things that we’ve been told before now is that the Heavensward jobs being locked behind Ishgard’s walls was a mistake, which implies that we’ll have access to the new jobs more easily and from a lower level. The jobs will, in all likelihood, start at level 30 like the last batch; while that leaves them further behind, it also doesn’t make a whole lot of sense to start them at 40 for leveling purposes. 50 is possible, too.

In the interests of fairness, of course, it’s worth noting that there is the outside possibility of something else entirely; when we’re already getting a revamp to core abilities, this would be the easiest time to go back and add in new jobs for classes that otherwise lack them. It wouldn’t clean up the slight mess that the job system is currently mired in, nor would it really help the Heavensward jobs feel less like outliers, but the possibility is there. I don’t think it’s likely, but we’ll know more next week.

And those story threads…

Looking at the teaser image for patch 3.5, we’ve got the twins displayed prominently, the derplander/player stand-in in the center, and Yda and Papalymo along the bottom. We can also see Tupsimati’s remains in the background, which ties in somewhat with the final events of 3.4. It doesn’t take much to guess at where this is leading us, even knowing that this next expansion will bring us to Ala Mhigo; the pieces are all there and want nothing but a push.

Speculation has run rampant that Yda is the Lady in Red, something that I’ve been somewhat reluctant to speculate about but also something that has more than a little weight. With the new structure of the player organizations, however, that seems far more possible. Unlike Heavensward’s intro, it seems that we’ll be entering neither as conquering masters nor as skulking victims; instead, we’ll be pushing our way into dangerous ground for a specific purpose, quite possibly getting stuck along the way.

One thing that does strike me, however, is the fact that a lot of the more obvious plot threads have largely been wrapped up at this point. Many of the mysteries floating around since the game’s launch have been more or less solved; the only two remaining points of opposition, really, are the Ascians and Garlemald. Which means, realistically, that we’re overdue for some dangers that we haven’t paid sufficient attention to before now, possibly some threats or troubles that we didn’t even realize were in place before now.

And since we are going to be right on the border with Gridania, perhaps some of this is more close to home than we’d like to think.

Feedback, as always, is welcome in the comments below or via mail to eliot@massivelyop.com. Next time around, I’ll be reacting to all of the information from the Japanese fan festival. I have little doubt it will be substantial, even if it will probably contain less hard system data than I’d like. I like numbers and facts, darn it.