Even though superhero MMOs offer us the ability to create our own characters and live vicariously through their adventures, it’s good to hear about some of the developer-created NPCs to give us an idea of what’s possible and what this world is like.

This month, Valiance Online has been introducing a roster of its main characters, starting with Cyren, a super-charged teen split in twain:

Cyren is an anomaly of a character, which has to say something in a city full of strange and weird people, places, and things. She is an innocent teen girl with enough firepower to wreak havoc on half the city. Her brain is split between artificial development and biological growth, being fearless and highly capable in combat and paradoxically unaware of her own strength and functions. If put into a life threatening situation, her subconscious mind will access computer systems she didn’t know existed. She often is surprised by what she can do and is far more powerful than she lets on only because she is blissfully unaware of it herself.

Despite her less than savory origins, she fights on the side of justice alongside her best friend Borealis, constantly saving the day with her unique brand of positive enthusiasm even in the direst of situations.

We’ve got two more characters for you to meet after the jump! 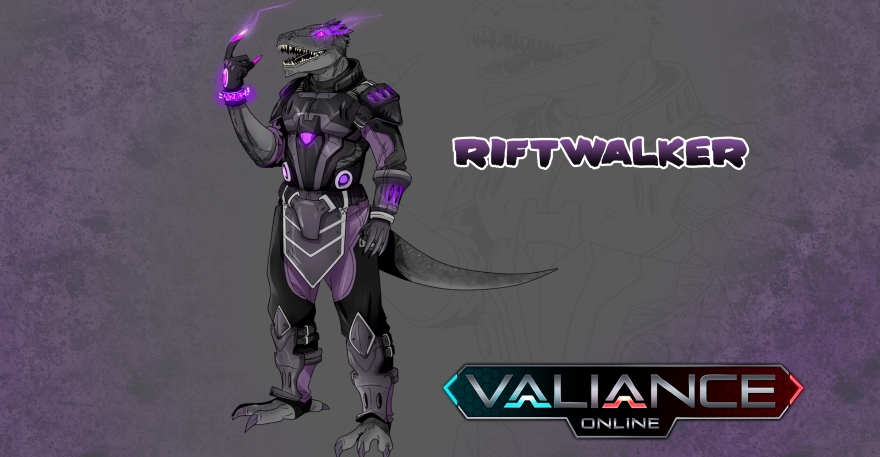 A violent hunter from a parallel dimension, Kredak B’Kaz hails from a highly advanced society of dinosaurs from an alternate Earth where they evolved and became the dominant species. Using an incredible power suit fueled by warpshards, he travels through dimensions seeking new weapons and targets to pit himself against to become the best hunter across the multiverse…

At least that’s what he claims. Truly, he was an average thug who stole experimental technology and accidentally teleported himself across dimensions to Earth. With no way to return, he’s decided to make a great name for himself here as a super villain rather than the little contract thief he was back home. 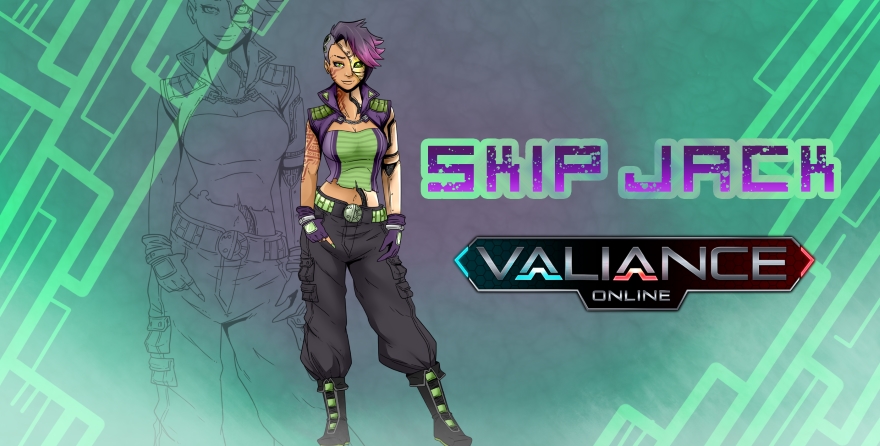 An abuser of cybernetic technology, nanotechnology, and enhancement implants, Skipjack walks the fine line between human and machine. She was gravely injured by an explosion when she was a child which wound up replacing the entire left side of her body with cybernetic technology. She took to exploring the limits of technology to the extreme, eventually becoming the world’s most infamous cyberphile. With her custom implants, Skipjack is able to access any piece of networkable technology, making her the greatest hacker on the planet with the ability to control almost every element of technology she encounters. As a member of the villain group Leviathan, her unlawful practices has made her a wanted criminal, pursued by every branch of governing authority; something she regards with great pleasure.