The 2006 MMO-kinda Endless Forest is described as “a whimsical multiplayer online magical deer fantasy” in which players play as deer that communicate via sound and perform activities like roaming through the woods and rubbing against trees. 170,000 registered players thought that sounded worth checking out over the last decade.

This year, the developers who built the game outdid themselves, turning to Indiegogo for help funding a sequel to the deer-based MMO called The Endless Forest: The Second Decade. They have raised nearly €25,000 as I write this. It’s happening. Weird, yes. But also awesome. 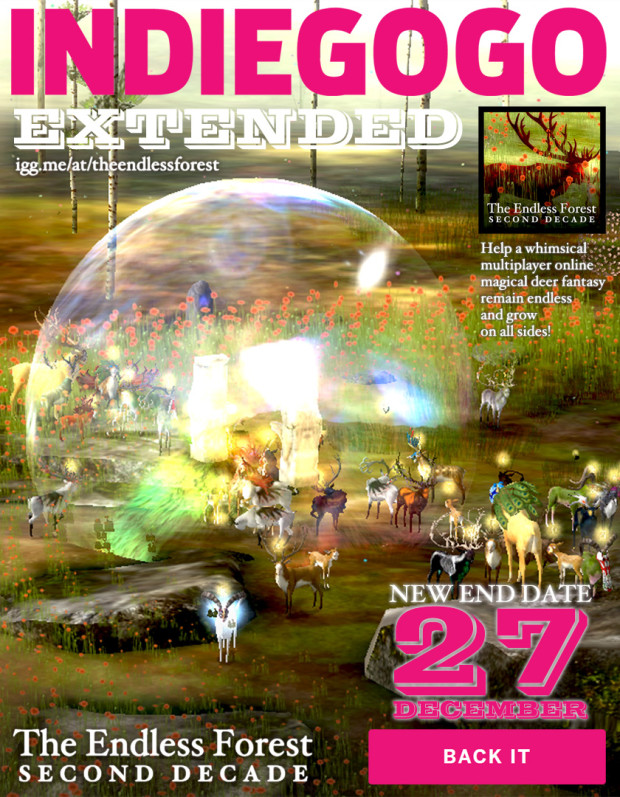 Stay tuned tomorrow for another entry in the countdown, and don’t forget to check out our annual MMORPG awards and our blooper awards while you’re at it!

The Daily Grind: What MMO content are you totally sick of doing?

Choose My Adventure: Taking the new Warbird for a spin in Star Trek Online