Over the past several years, the way in which we receive gaming news and the types of gaming media we follow has changed pretty fundamentally. Today’s MMO gamers belong to dozens of micro-communities inside and outside their game, following multiple gaming channels and personalities on platforms such as YouTube and Twitch that have practically exploded in popularity.

Even a game as historically impenetrable as EVE Online has been swept up in this sea of change, with a huge number of video channels and livestreamers joining the game’s rich media history of live radio, blogs, and podcasts. New shows start up and close down every year, but a few have gathered impressive audiences and really stood the test of time.

In this edition of EVE Evolved, I look at five notable EVE Online YouTube shows and Twitch streamers you might want to keep an eye on going into 2017. 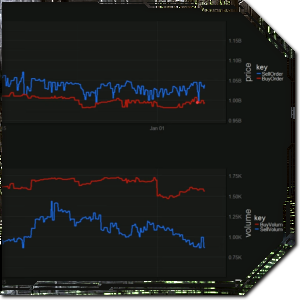 EVE Online‘s complex player-run economy has been the target of countless articles, online discussions, and even academic papers over the years. CCP Games even used to have a PhD-level economist on staff to analyse it using the same techniques that are used in the real world, though his analysis often missed the nuances and explanations that an experienced player could bring to the role. CCP officially stopped producing economic reports several years ago and their economist has since departed, and now we get monthly data dumps and graphs without much developer analysis.

That’s where EVE Prosper with host Lockefox comes in, offering expert analysis of the in-game markets and data dumps to help make sense of possibly the most complex virtual economy in the MMO genre. EVE Prosper used to be a precisely cut YouTube show that got right to the meat of the latest economic analysis, but recently it’s aired in a live format on Twitch. I personally preferred the old video format as there’s now a lot of dead air to skip through in the videos, but the live format does allow for questions. You can also follow the show on Twitter and keep up with the EVE Prosper blog for more economic insights. 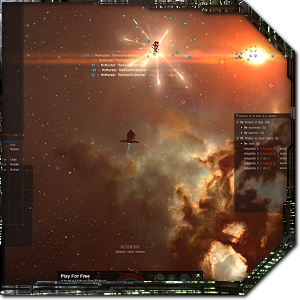 Zarvox Toral has become one of the most prolific EVE Online streamers out there, streaming six days per week from 20:00 EVE Time (GMT) into the small hours of the morning. His YouTube channel now has almost 350 videos of both solo and fleet PvP, and he runs livestreamed interceptor fleets every Thursday and Saturday that anyone can attend.

Zarvox’s YouTube videos are a good way to see what high-level PvP looks like with particular ships, even if you are watching only the highlights. Though I enjoy watching Zarvox engaging in the kind of PvP encounters that I couldn’t ever hope to survive myself, do be aware that his presentation style includes offensive language sprinkled liberally throughout his streams. 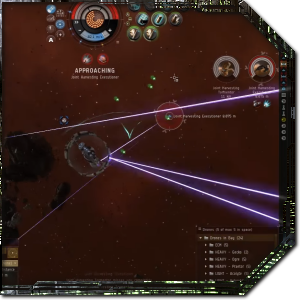 I think it’s safe to say that no-one has produced more consistently high-quality EVE videos than JonnyPew, with over 200 instructional and entertainment videos on his channel over the past four years. His videos frequently show up when you’re searching for information on new game features or specific PvE sites, and they’re always extremely informative and produced to a high-quality standard.

JonnyPew’s impressive catalogue of videos includes guides to running specific PvE complexes and event sites, previews and opinions on new features that have hit the Singularity test server, ship fitting guides, and other timely guides and opinion pieces on a variety of topics. You can subscribe to JonnyPew on YouTube and follow him on Twitter for more updates. 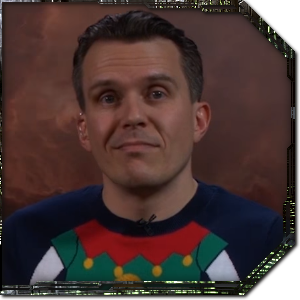 If you only watch one regular EVE Online show this year, make it CCP’s official community show: The o7 Show. Led by CCP Guard and CCP Mimic, the show is streamed live on Twitch roughly once per month and posted to YouTube after it’s done, and it typically runs for around 30 to 50 minutes. The show usually contains previews of features that are currently in the works, interviews with developers, and updates from Executive Producer CCP Seagull.

The real magic of the o7 show, however, is in showcasing what players are doing in the sandbox. We get a brief overview of recent in-game news and big events such as political wars, screenshots and videos sent in by players, and other community pieces. There’s also usually a brief market update from the EVE Prosper team and Tallardar’s famous Nullsec Recap videos can now only be found as an occasional segment in the o7 show. 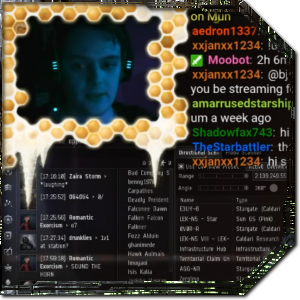 While I still don’t fully understand the culture of gaming streams with donations and wacky notifications, Icelandic twitch streamer BjornBee does always manage to put a smile on my face. BjornBee streams live on twitch every day at 16:00 EVE Time (GMT) and plays EVE Online almost every time, with video highlights later uploaded to his YouTube channel. He’s a genuinely friendly player who does both solo and fleet PvP and is pretty entertaining and uplifting to watch even when he loses a fight.

BjornBee is a great stream presenter and explains everything he’s doing even in the heat of battle, so even relatively new players should still still be able to follow the action and understand the reasons behind his combat decisions. His stream is a good option if you’re interested in seeing what EVE‘s solo and group PvP look like, and he often runs fleets for viewers who want to join in on the action but aren’t sure how. In addition to Twitch and YouTube, you can follow him on Twitter and Facebook.

Every MMO community today has its own popular YouTube channels and regular Twitch streamers, and EVE Online is no exception. The five EVE video channels above are just a few of the most notable ones that I wanted to draw attention to as we head into 2017, but they are by no means the only ones worth watching. We have streamers such as daopa and Manic Velocity, talk shows such as Talking in Stations and delonewolf’s EVE Talk, and a lot more that definitely deserve your attention. If you have a particular favourite EVE channel or streamer, let us know in the comments!

Um you have one thing wrong, I am EvocationzAdhera and in-fact I have the most tutorials on Eve Online on YouTube (Under the name EvocationzAdhera) Tutorials on Eve Online is what I do, when Alpha was released I made a guide for Alpha’s which is referenced by Zarvox all the time. JonnyPew doesn’t really do videos anymore tbh. He just has more YouTube SEO than anyone else.

Overwatch outlines how to get crossplay working across the board