In light of this past week’s sad Landmark news, it’s perhaps too on-the-nose that I asked for players to send in pictures of defunct MMOs. Maybe it’s just one of those sober reminders that sooner or later, these games will go dark. Enjoy them to their fullest now!

“To prove I can actually be on topic sometimes, I answer your call for shots from defunct MMOs with one from Dragon’s Prophet,” Tyler said, “the only game I’ve played that has shut down. There was a great deal wrong with this game, and I didn’t play it for long, but there was still a lot about it that was surprisingly good. In particular I loved the unusual, battle mage-like Oracle class. Who wants to stand in the back waving your hands when your mage can charge into the thick of things and massacre everyone with a giant enchanted scythe?” 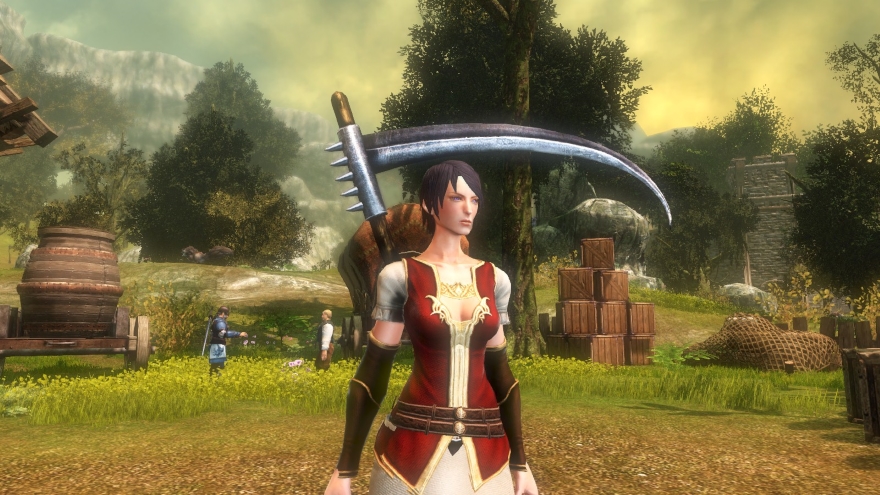 And now for a game that never, ever gets talked about on this site, courtesy of ToyFuzion.

“I still find myself missing Star Wars Galaxies. It really was a wonderful MMO where I made lots of friendships online, and still have many of them to this day. I still have lots of screenies! I loved the entertainer profession and during my time in the game, I enjoyed playing an entertainer, and the social nature of it. I really miss that aspect of SWG the most.”

That rancor be jamming! 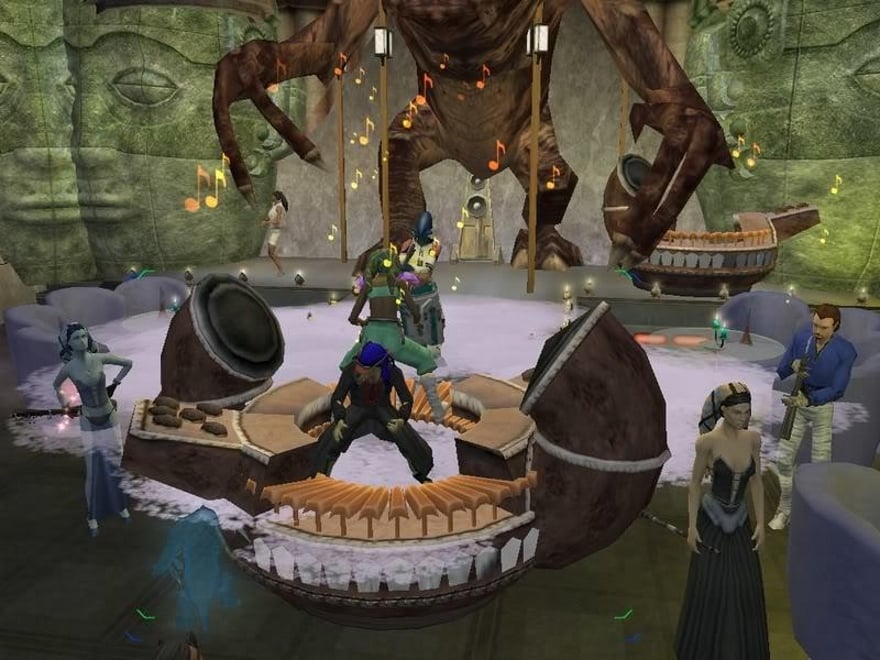 Even if you don’t end up sticking with an MMO when you try it, take a lot of screenshots so that the time isn’t wasted!

Dajhryne snagged this gorgeous night pic from Black Desert: “Arguable whether this goes here or in WRUP but since it’s a sorta Christmasy screenshot… I’ve been trying out BDO via the free trial. So far it seems like exactly what I thought it would be. An excellent game for it’s intended audience, but that audience isn’t me.” 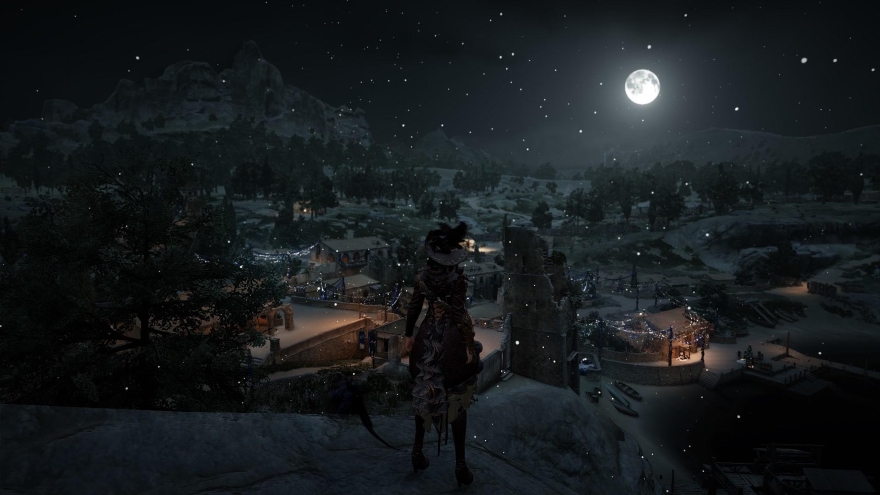 Due to all of the ongoing drama of ArcheAge’s Revelation rollout, I keep forgetting that the game just added Dwarves (AKA the best fantasy race ever when Gnomes aren’t in the running). These shorter, stouter allies are already up to strange deeds.

“So, I don’t know why this happened,” Liandreth said, “but when hubs and I zoned in, he ending up standing on my head. It’s a dwarf totem. Happy 2017 everyone!”

They are heads and shoulders above the rest of the playerbase! 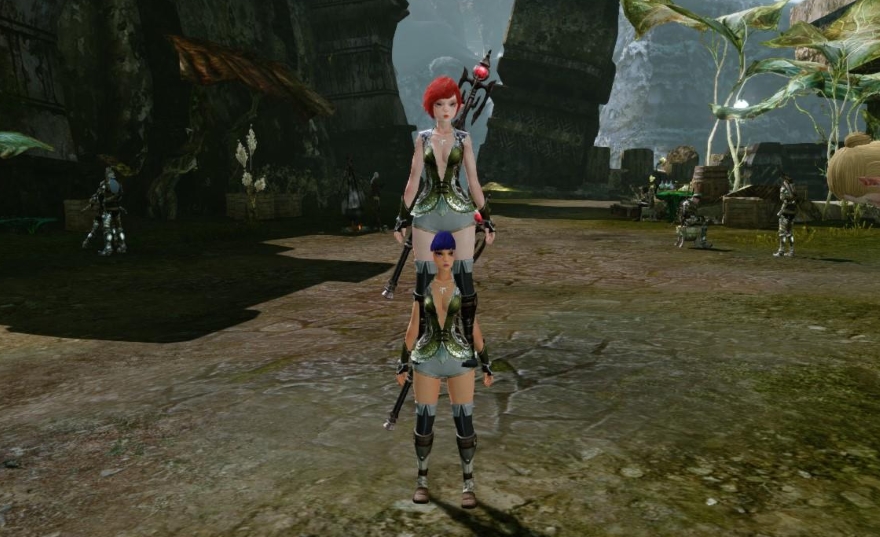 With LOTRO’s Update 19 bringing players right to the doors of Mordor, the community is champing at the bit to rush inside and zerg Sauron in the face (or eye?). I think it’d be pretty hilarious if Mordor turned out to be this lush paradise of mowed green lawns, sculpted topiary, and petting zoo animals trotting up looking for belly rubs.

“On to Mordor!” reader Fatslapper exclaimed. 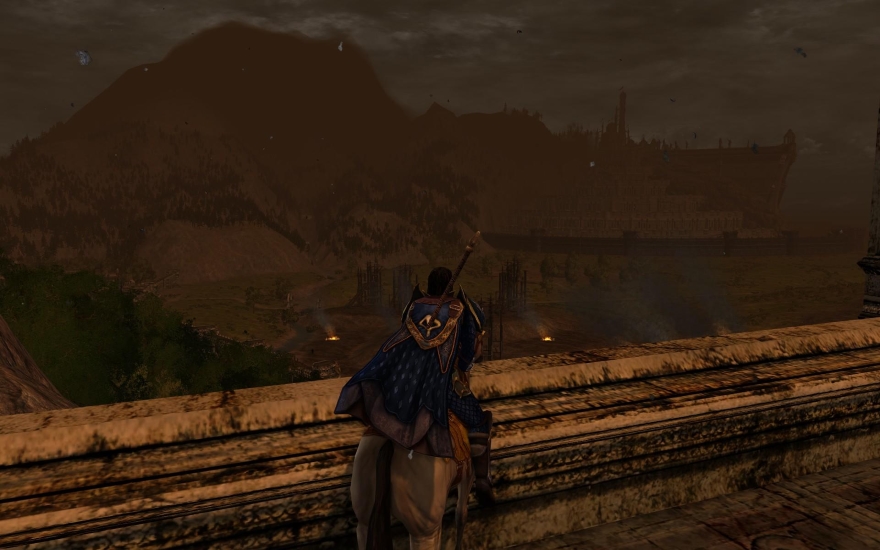 This week’s screenshot challenge is a community battle. Pick a season and represent it with your best in-game pictures showing off spring, summer, autumn, or winter. Which season will win? Find out in the comments!