Past, present, and future. While the totality of a game studio encompasses all three aspects, we often focus on only one or two at a time. Over the last week, we heard a great deal about Hi-Rez Studios‘ present during Hi-Rez Expo 2017, from the tournaments (congrats to all the winners!) to what’s immediately in the works for its roster of games. But there are still the two other sides to the studio to consider. And these are the sides I explored in interviews with President Stew Chisam and VP Brian Greyson. Specifically I wanted to learn if the company had plans to connect its past with its future in regards to Global Agenda. I was also curious as to what other directions the SMITE franchise might take.

Join me as we delve into the past and the future of Hi-Rez Studios, the possibility of a Global Agenda 2, and the expansion of the SMITE universe. 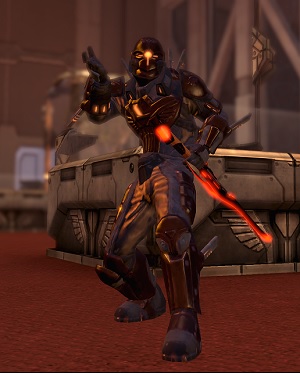 The past: Global Agenda

When you get the chance to sit down with the head of Hi-Rez, you have to discuss the elephant in the portfolio: Global Agenda. Global Agenda was my introduction to Hi-Rez, and while I wasn’t great at it (shooting people as a healer was a difficult thing to get used to), I loved many aspects of the game. But it dwindled into obscurity. So what happened? What is the state of the title now, and what are the plans for it since its removal from Steam?

Chisam acknowledged that the server is still running right now. He said Global Agenda was removed from Steam because the team didn’t want to push new players to it who would be expecting a robust gaming experience; the community is extraordinarily small and it is difficult to get any PvP matches going. Currently, most just play co-op PvE and chat. Chisam knows this first-hand because he jumps in often and joins them. However, the team wanted players who still enjoy the game to be able to continue playing as well as allow former players the chance to join in again. Those who do want to log in just need to download the game from their Hi-Rez account page (there’s also a link on Reddit).

With such a low population and no updates in the works, is it worth keeping the server up indefinitely? Chisam said that there are no immediate plans to shut the server down but that the team probably does need to start making such plans in the future. Part of that is because although most of the 35-40 man team who created Global Agenda is still with the studio, it’s becoming harder and harder to remember how to get things up and running again if they break. However, he told me intends to keep the server up as long as possible.

Chisam noted that it isn’t just fans who are attached to Global Agenda; he said, “We have such a high attachment to that game.” So what went wrong? Chisam said that he believes the game could have done much better than it did — given the right situation. He said the fundamental problem was that it just never got enough people to play it. To give a comparison, he stated that Paladins’ first week of beta on Steam saw more players than 2010’s Global Agenda ever had total.

Chisam attributed part of this to the timing of the game and its execution into the market, not the mechanics of the game itself. He said that if the game released a year or so later, it would have done much better. He explained that Global Agenda came out at the transition point in the industry when subs starting giving way to free-to-play. Chisam admitted that Hi-Rez created confusion about the model by switching ideas from buy-to-play with subscription to just B2P, then finally releasing on Steam as free-to-play (actually as the very first F2P game offered on that platform). He also noted that right at that time, players wanted more larger, open world areas and weren’t used to or comfortable with smaller areas as they are now.

If there is no hope to resurrect the game at Hi-Rez, what about passing the server along to the community or selling it? Chisam answered that this isn’t possible for a couple of reasons. One, the server isn’t separate and so it can’t just be turned over. He said if it was, the team would be open for that. Since it is not, putting it on its own server would require a great deal of work from devs. Two, the studio is not interested in selling at all because the team loves the IP and definitely wants to use it again. Besides using the IP itself, Chisam told me, “Every new game that we ever create starts in Global Agenda.” He detailed how SMITE was actually created when the team was trying to develop a three-lane, base-capture PvP mode in Global Agenda, and that Paladins was intended to be the spiritual successor to their first title’s PvP, starting out with characters representing Global Agenda’s archetypes. 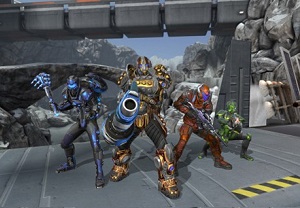 When faced with the fact that there is no bringing back the original Global Agenda, the obvious question is, “What about Global Agenda 2?” After all, the studio has grown and learned much since it released its first game. Surely some of that acquired knowledge would benefit a new game at this point.

The good news: It is definitely still a possibility. The bad news: There are no concrete plans for anything specific right now. Chisam stated that it is actually on his bucket list to do another game with the Global Agenda IP. “I do think there’s something there in terms of a game that can be done again and still have success,” he stated. He added that the team knows what they want to do, and there are folks at the studio actively exploring these ideas, so it is more than just a fantasy. The potential is most certainly there. However, there is no promise that anything will actually come of this; there is no guarantee that something will definitely make it to market. He reiterated that as much as the team loves the IP, there is no promise of anything coming to market at this time. Even so, fans can hang some hope on the fact that devs are being paid to explore the ideas!

The Future: SMITE the universe

What started as a MOBA is not staying a MOBA. This year’s expo saw not only the movement of one new SMITE game into open beta but the announcement of another. Interestingly, I learned from Scott Zier, Lead Designer for SMITE Tactics, that when Hi-Rez was brainstorming ideas, the studio initially only aimed at developing a single game based on the SMITE world. However, Newbrough said that the two different ideas were both so solid that they ended up developing both! With SMITE branching out into multiple games (as well as a Dark Horse comic book that fleshed out the game’s lore), I was curious whether the studio would continue its expansion into other realms and other gaming genres. Both Chisam and Greyson said that is a possibility. As Chisam put it, “Getting to play other genres that I love with these same characters that I love is thrilling.”

Greyson explained that with Rivals, the team was conducting a test: “Is SMITE a lifestyle brand: Is it something that can have its own entertainment pieces and other games that are not MOBAs? Or is SMITE a brand that works because it is a MOBA?” The answer according to early results was yes, that the SMITE universe can encompass more than just the MOBA. “The SMITE world is big enough to have different kinds of games in it,” he stated, “and that people want to experience their favorite gods, goddesses, and minions — different components from that world — in different games.”

Will the company experiment with making more games in more genres? Could SMITE the MMO be in the future? Greyson said he’d love to play that, but that there are no current plans for one. Chisam said, “Everything we do at Hi-Rez I classify as a grand experiment.” Right now, however, and for the immediate future, the focus is on the current roster. Chisam emphasized the team’s number one priority: Don’t screw up SMITE. That said, the studio has expanded and other things are being experimented with right now. There is even one project that Chisam said he is personally really drawn to and likes, but there’s no guarantee anything will make it to market. We’ll all just have to wait and see.

As for expanding into other mediums like the comic books, Chisam declared, “As soon as some Hollywood executive wants to make a movie or a TV show or anything like that, we’re ready! If the community can to raise enough money to do that, then I’m all in. But there’s nothing on the table quite yet.” So who knows: SMITE the original Netflix series could happen. Not necessarily likely, but it could.

Get caught up on the rest of our Hi-Rez Expo 2017 coverage!

Camelot Unchained says it has no plans to license its engine,...