END_OF_DOCUMENT_TOKEN_TO_BE_REPLACED
If I had to guess which tabletop roleplaying game I was going to associate with Lord of the Rings Online, I really wouldn’t have guessed Call of Cthulhu. There have been actual tabletop games associated with this setting, after all. But no, it’s that classic that’s been in the back of my mind the whole time, which is something of a compliment.

To my surprise, the CE code that I had for the game from back forever ago did, in fact, work just fine, which meant that I started out with a fresh VIP subscription, a mess of coins, and all of the benefits that I otherwise would have unlock directly. Like the class which got selected for me, for example. After a bit of clicking through options, I created my newest incarnation of Ceilarene because why not her and got thrown into the game’s opening sequence.

Which all happens a very, very long time ago, but the game doesn’t communicate that terribly well. But that’s not entirely its fault. 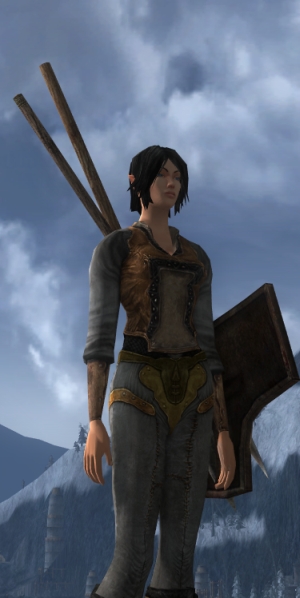 One of the things that’s interesting when dealing with the game’s elves is that LOTRO takes pains to communicate the enormity of an elven lifespan. The introduction – when Skogrim shows up and royally screws up a bunch of elves – takes place a good six centuries before the main action of the game, and the game just sort of glosses that over. It is, I’m sure, an intentional gloss, an act designed to demonstrate that 600 years is just “a bit of time passing” to the elves.

How well the message is actually delivered is going to depend a lot on personal response. Me, I don’t think it works very well, even though I get the intention; it creates a weird disconnect and runs into the problem that we generally assume things happening in the game are happening now unless otherwise noted.

We are thrown back into the now as the player character is tasked with figuring out a mysterious dream-riddle and sorting out what the Dourhands are up to in the first place. (Spoiler: Nothing good.) Unfortunately, the characters you’re dealing with are really heroic or villainous cyphers without much in the way of motivation or desire. Much like I noted in my last installments, there’s a lot of stuff happening, but not much personal stake.

The thing is, when it comes to LOTRO, I have to wonder how much of that is a fair criticism. Which brings me back around to Call of Cthulhu and why I compared the two.

One can’t play even a moment of LOTRO without getting a sense that the game is shot through with an enormous appreciation for Tolkien’s work. There are archaic naming conventions, odd sentence construction, and a huge amount of effort put into making sure that this does, in fact, feel like Middle-Earth as it was originally written. This is not a generic MMO set against a backdrop of the IP, this is a game that is infused with a love of the source material.

That’s why I keep coming back to CoC as a point of comparison; that game is also shot through with an appreciation for a particular milieu and a style of fiction. Which means that so many of the obvious critiques you could level against that game are deflected by the fact that it’s supposed to be that way. Yes, the game makes it very easy for your character to suddenly degenerate into a shrieking maniac because of a scary monster, but that’s intentional, so what’s the problem?

So LOTRO’s characters are heroic ciphers in a world more concerned with signs and portents than individual motivation… which matches the actual books perfectly, and it matches what Tolkien wanted to do in the first place. He wrote a series of novels that were, essentially, his fanfic for ancient heroic ballads, a sort of unifying mythology for all of our old epics about heroes gallantly striding forth into danger. Characters being heroic pastiches is the entire point.

Do I personally find it gripping? No, I don’t. But I’m turning over in my head how much of that is because that’s exactly what the game is meant to be and how much of it is really a matter of lacking narrative. I’m still clocking out if we get a Tom Bombadil song, though.

But I’ve been banging on about the narrative all this time and I haven’t even talked about the Warden or the actual gameplay, huh? That’s an obvious omission.

As much as people have told me that the class is a headache and insanely complex, it honestly was not daunting. Part of that, of course, is because there are points of familiarity; I play a Ninja in Final Fantasy XIV, which uses a similar rotational combo attack. It’s also a pretty straightforward system, with different combos based on three attack types; you have to memorize a fairly wide swath of outputs, but once you get a feel for what the combos are, they’re not too hard to unleash reliably. 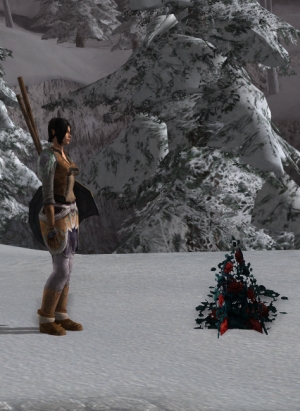 I quite like the class, though; it feels distinct to the setting and the lore, even if it’s a bit of a further stretch. While Lord of the Rings was genre-defining and arguably genre-creating for fantasy, it also has the problem of having itself thoroughly dissected and replicated across game after game. So the classes have to simultaneously diverge from the options found in every other game, many of which are explicitly informed by the same fiction, while staying true to the lore and setting. The Warden is an excellent midpoint, something that feels distinctly different from other games while also fitting nicely into the low-magic setting it occupies.

The actual moment-to-moment mechanics aren’t tremendously different from a lot of other games with similar combat systems from around the same time; there are minor differences here and there and different stat names, but it all feels very familiar. Of course, part of that is also due to the fact that I’m still at a low level. We’ll see how this starts diversifying once I move further along the prologue.

Of course, there aren’t a whole lot of choices about progression at this time; we have not yet unlocked One Middle-Earth, so I cannot ask you to point me in a new direction. I’m following in the footsteps of the Fellowship, even if I haven’t been informed of their existence just yet. Still, it seems like a bad column without some sort of poll, yes?

CMA: Are you a Lord of the Rings Online player?

Consider that for my edification as much as anything else. I’ll see you back here in a week with more playtime under my belt; until then, feel free to leave your thoughts in the comments or mail them along to eliot@massivelyop.com.

Welcome to Choose My Adventure, the column in which you join Eliot each week as he journeys through mystical lands on fantastic adventures — and you get to decide his fate. Most of the time, anyway; sometimes his face has already been decided by the structure of the game and there’s not a blessed thing anyone can do about it. C’est la vie.
Advertisement