With just one week to go before its early access launch, Conan Exiles wants you to get spiritual. Specifically, Funcom’s released a dev blog on the religion of the Exiled Lands — and its very much real gods.

“In Conan Exiles you can choose to worship one of the gods and gain their favor,” says the studio. “As you play the game you can worship any, all or none of the gods as you see fit. The gods you can choose from at the start of early access are Crom, Mitra, Yog and Set.” Depending on your choice, you’ll begin the game with different items and skills, then progress and survive by building religious altars so you can sacrifice your captives and their body parts (because this is a Conan game).

The very best worshippers and sacrificers will gain access to avatar summoning, which brings us back to that creepy flying squid that Funcom is fond of depicting.

“The avatar of Mitra is a gigantic bronze colossus, the avatar of Set is an enormous snake and the avatar of Yog is an immense eldritch horror. As the avatar, you tower over the landscape and your shift in perspective brings a new insight to your experience. Your foes are as insects and their works are insignificant, to be crushed underfoot or destroyed with a blast of powerful sorcery. But do not be seduced by your newfound power for your vulnerable human body remains in the summoning circle and is marked by the pillar of light. If your body gets killed while you are controlling the avatar, it disappears immediately. Even if you remain unscathed you will only be able to control an avatar for a very short time, so it pays off to be prepared and choose your summoning spot wisely and as close to the enemy as you dare.” 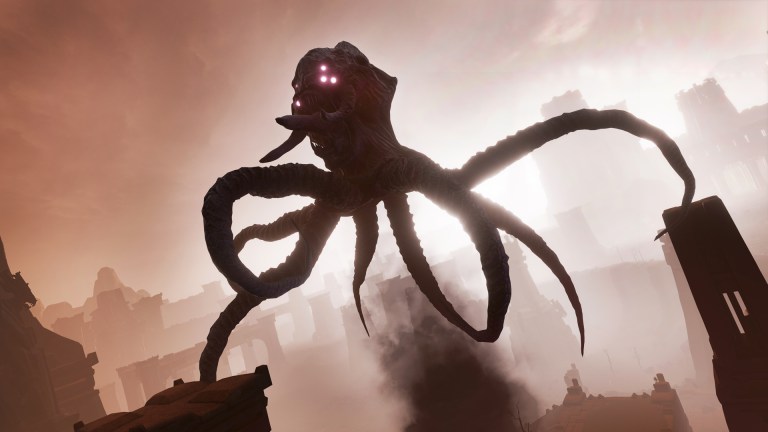 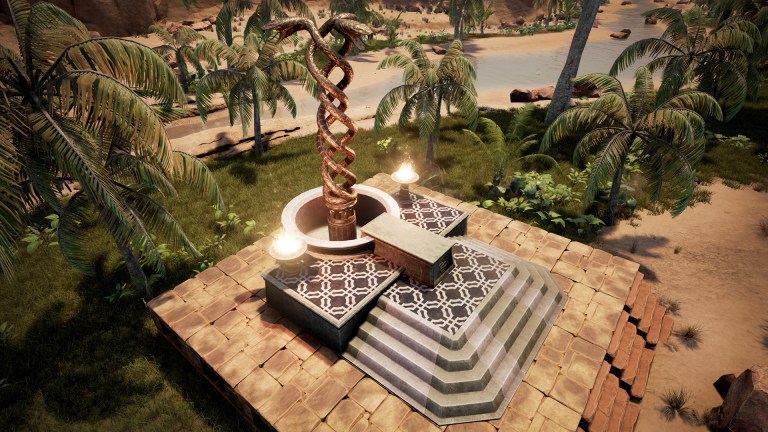