END_OF_DOCUMENT_TOKEN_TO_BE_REPLACED
I can’t think of the last time I’ve played through a patch of Final Fantasy XIV as quickly as I played through patch 3.5. That’s not a mark against it, mind you; it’s just that usually I find myself drawing things out a bit more, but for patch 3.5 I dove in feet-first and wound up clearing all of the new stuff that I intended to clear by the end of the first day. Both dungeons? Down. Dun Scaith? Cleared. Zurvan? Defeated. The Scholisticate? Boring, but still finished.

Look, I needed that Spectacles emote.

This is not altogether a bad thing, though; it means that I was engaged enough in the moment-to-moment content that I wanted to get it cleared in short order. So, as I do every time we get a big new patch, let’s go over what’s there, starting with the most mechanical aspects of the content and moving on to lore later. Probably next week, if we’re going to be totally honest. These things always run long. 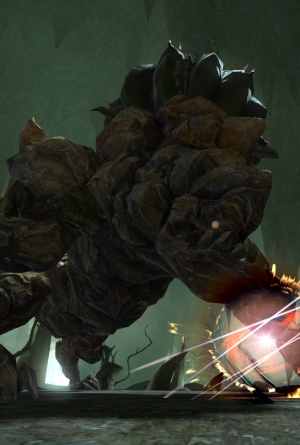 The first boss of Baelsar’s Wall is pretty straightforward: dodge the obvious AoEs and dispatch the adds quickly, as the adds will latch on to party members and deal consistent stacking damage until killed. The second boss is more interesting, as it deploys a movement sensor similar to Ozma’s timed detonation; stop moving or attacking when the debuff is wearing off, and take out the little adds it summons quickly. Aside from being a long-awaited fight, the last boss is pretty fun besides; there’s lots of stuff to dodge (staying close to him is generally a good idea) and you’ll need to take out the spears he summons (the middle one is probably easiest) to avoid some nasty AoEs. Once you’ve killed one, you just stand in the safe region; killing one is enough. Also, make sure to kill the Restraint Collar when he deploys it, since that can easily kill your healer.

Sohm Al’s first boss is a bit of a harbinger of things to come, as the room-wide AoE the boss uses will also detonate the various spore pods it spawns, so be cognizant of where those pods are located. The second boss is basically a rehash of the last boss of Stone Vigil (Hard) with several things to dodge and no telegraphs; keep in mind that when he raises his tail while he’s glowing red, the resultant attack is a 360-degree spin rather than a rear cone. Fighting the last boss requires the usual amount of dodging and avoiding walking into the lava at the edges; kill the glowing orange adds first, and mind the fire pits it deploys. (Another one surges up where it body slams people, so try to position those toward the edge of the arena.)

Neither dungeon is what I would call hard, but both of them do feel fresh in their own ways. It’s been a long while since we had a Garlean dungeon, but Baelsar’s Wall manages to make the most of it with a (quieter) alarm and a well-handled elevator segment, along with a mix of different Garlean enemies along the way. Sohm Al (Hard) is one of the only dungeons in recent memory that really feels entirely natural; it doesn’t tie into any sort of main plot, it’s just a den of monsters to clear out. They’re going to wear a bit thin over the months, but they’re also a bit more intuitive than the last patch’s dungeons.

The down side is that I feel as if the first two bosses have too many mechanics which aren’t very easy to explain or comprehend as they’re happening. The first boss’s whole “suck you in twice” death field feels like a particularly nasty catch for players who do recognize how to dodge it, and his transition across the ship feels poorly telegraphed (the trick there is to make sure he knocks you back into the ice wall he created right before he swings across). Meanwhile, I’m still not totally clear on how Ferdiad’s Atomos effects work, although much of the rest of it is reasonably intuitive.

On the other hand, that last sequence of bosses works beautifully in part because each boss builds upon its predecessor. By the time you reach the last boss, you’ve fought through all of the mechanics up to now, and that means you recognize how all of the components work. They’re straightforward enough that you can figure them out through play and trial-and-error, and my first group didn’t endure more than two wipes to a single boss, but that last sequence has a lot of stuff to recommend it.

I also like that there’s no Ozma-like boss in the mix; while Ozma is a fun encounter, there are far too many groups that hit that boss like a brick wall due to being chronically unable to understand the mechanics. Most of the stuff in here you can screw up slightly without damning the run.

Zurvan and the end of the Warring Triad 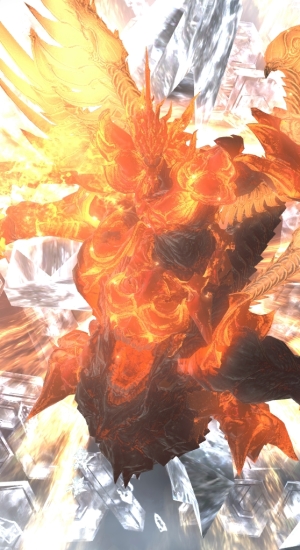 The non-Extreme version of Zurvan is a bit harder than Sophia or perhaps on par with her; either way, it didn’t light me on fire at first. It has some neat mechanics to it, but the Warring Triad fights thus far have left me pretty cold as backdoor routes into having more Extreme trials. Perhaps I shouldn’t be surprised, then, that the story component finishes off here by making me kind of angry with its resolutions.

Spoilers here for those who have not yet done the content; click to reveal:
I don’t inherently have a problem with Regula dying, especially since we haven’t yet met a Legatus who didn’t have a date with the business end of the reaper’s scythe; what bothers me is the fact that it happens entirely in a cutscene and rather cheaply. One of the more interesting villains of the expansion is thus shuffled off with barely a word, and it left me feeling kind of cold about the story as a whole. It really didn’t endear me to the whole arc, either, since it felt kind of shoehorned in from the start.

The Warring Triad story in general seems to have occupied an odd place in the game’s overall story arcs, so maybe it’s to be expected that the whole thing would feel kind of disjointed. I’m given to understand that Zurvan’s actual fight has been met with mixed reactions by Extreme players, with a fair split between those who feel like it’s too easy and those who feel like it’s more fun and rewarding than Sophia was, but I can’t help but feel that the Triad deserved a bit more development than they actually got. All will be forgiven with a Zurvan-Egi, of course.

But that’s all part and parcel with the new egi glamour system, the actual lore behind all of the storylines wrapping up in this patch, and all sorts of other fun side content… which, as I said, will have to wait until next week. For this week, you can leave your feedback in the comments below or via mail to eliot@massivelyop.com. Please keep in mind that while you may have cleared all of the story stuff, not all of the people reading and commenting will necessarily have done so, so please keep spoilers to a bare minimum if any are necessary. Politeness helps, you know.