Funcom has announced Conan Exiles: Barbarian Edition, a special edition of the upcoming survival sandbox that boasts a crapton of extras, including a t-shirt, digital comic book, six actual comic books, the full-size Conan RPG core book, another e-book, the digital art book, soundtracks from all of Funcom’s Conan games (sup Justin), in-game stuff like a rhino mount (for Age of Conan), “and more.”

According to the promo image, all of the items are digital items except the t-shirt. The Barbarian Edition will run $59.99, 30 bucks more than than the basic edition. Both editions of the game get players into the early access launch on January 31st.

“The game launches at 6am in the morning, central European time, so get that coffee ready! This means that players on the American West Coast will get to jump into the Exiled Lands at 9pm on January 30th.” 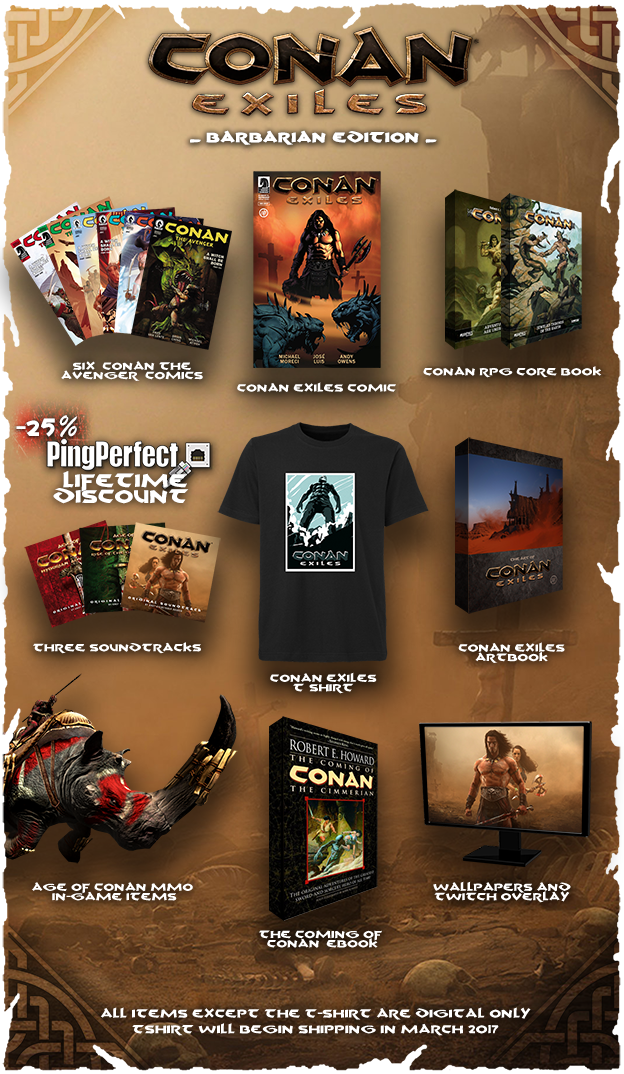