END_OF_DOCUMENT_TOKEN_TO_BE_REPLACED
I really enjoyed watching the Elder Scrolls Online: Morrowind announcement with all of our readers. The staff here saw your comments immediately as I was live-blogging some of the highlights. I was sure that it was going to be tough for ZeniMax to top the hype that surrounded the Thieves Guild and Dark Brotherhood DLC, but with the announcement of the Morrowind expansion (although ZOS calls it a “chapter”), I am more excited about this than I was about randomly murdering people for Sithis.

The livestream announcement was just under 40 minutes long with so much to touch on. Creative Director Rich Lambert explained that there are more than 30 hours of content added with Morrowind, which isn’t counting the repeatable content like Trials and the soon-to-be-added Battlegrounds. There is no way that they could hit every facet, and there were probably many things that just breezed by but will ultimately be important.

I found five items that should have got more attention than they did during the announcement that you probably missed even if you watched through the whole livestream.

The Warden class is specifically designed for all three roles

The big bear was amazing and nearly everyone focused on that aspect of the new Warden class, but did anyone happen to catch what the other aspects of the class were? Yeah, I kind of missed it the first time around, too.

Each of the existing classes has three skill branches, and the Warden follows suit. But only one of those branches includes the bear that was touted so highly. “What are the other two branches?” you might ask. Well, Lambert touched on those briefly in the stream before explaining all about the bear ultimate.

The defense or tank mode of the Warden is ice magic. Like the other two branches, it focuses on natural elements. This one clearly focuses on frost and other things that you can do with ice. And the nature branch focuses on healing. Unfortunately, Lambert didn’t get into how the nature powers work, but it does confirm that Warden includes all three combat roles, which might be one of the reasons that players are calling the class overpowered before it even launches. That’s probably premature, but it does have the makings of a very powerful class. 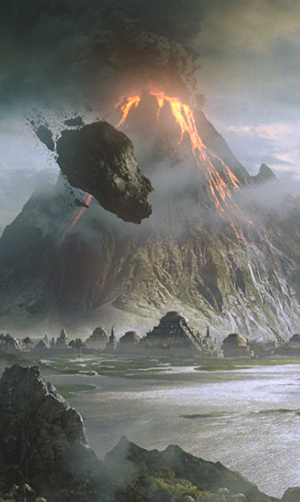 Clearly with The Elder Scrolls III: Morrowind taking place about 700 years in the future, ZenMax can’t have you wandering into Red Mountain to kill off the main bad guy, resetting future history. So of course, they had to close this area off.

But before you get too upset about not being able to kill Dagoth Ur before he can cause trouble in Vvardenfell, Lambert did say that one of the new Battlegrounds, the 4v4v4 instanced PvP zones, will take place in a quarry in the Red Mountain area. It’s not quite the same, but it’s clearly understandable why this was done.

As an added bonus, Vvardenfell was height mapped directly from the TES3 maps, so although you might not be able to get to every place you’ve ever been before, the places you go will feel very much the same as they did about 15 years ago.

We know two of the three Battleground types

Lambert mentioned that Morrowind would launch with three different battlegrounds. But he was very cagey about what those battlegrounds would be. But because the number of Battlegrounds is so small, the types of maps were easy to ascertain based on Lambert’s description of gameplay modes. He specifically mentioned team deathmatch and capture the flag. So we know two of the three right there. 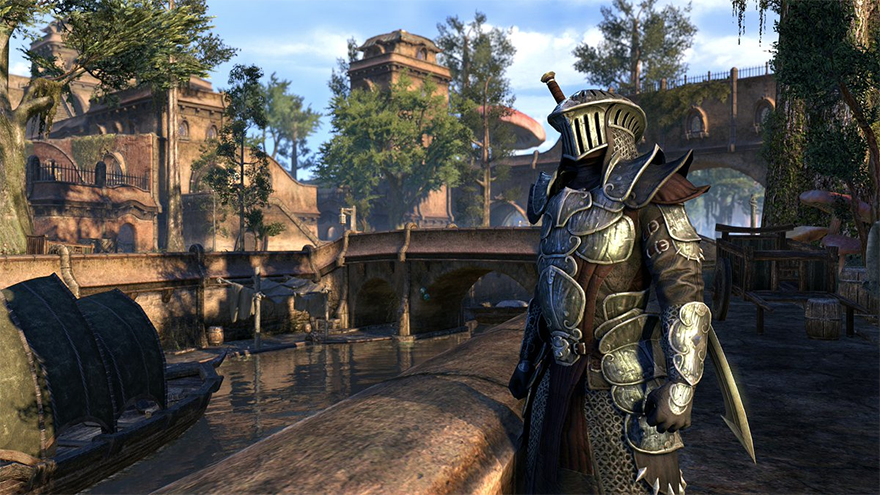 Elder Scrolls fans will know that Ald’ruhn’s manor district was inside a hollowed out giant mud crab shell. We also know that during the Oblivion crisis that this mud crab was brought back to life to help stave off the hordes of Daedra flooding in through the Oblivion gate. Unfortunately, that means that Ald’ruhn was destroyed in the process. That seems to be an extreme move to me, but when have mages been known to be highly considerate of other people?

Lambert mentioned that Ald’ruhn is there during ESO‘s era and the giant mud crab shell is there, too. Although there is no mention that I can find of how the mud crab mud crab died, it’s clear whatever it was, it happened well before the ESO Era.

He did mention one thing that does not exist: the ghostfence. The ghostfence was created by the Tribunal to hold back the blight sometime prior to TES3. This means two things: Dagoth Ur’s minions are not running around in ESO and the blight has not affected the different areas of Vvardenfell the way it has in TES3. So look for a different but familiar landscape to the biomes of Vvardenfell.

Each time Sotha Sil was mentioned he was kind of glossed over. Will we see Sotha Sil? We will see one of his workshops in a Trail. And what about Clockwork City? We do see part of it. Then Lambert said specifically that they are saving that information for later. That tells me one thing: Clockwork City will be future DLC. I don’t blame them; there has to be a way to grow the game, right?

All right, I know I didn’t catch every little factoid mentioned in the announcement video. But I’m going to hand it over to you now: What did I miss? Did you catch the same things I did? Also, let me know what you think of what we did hear about the expansion. I look forward to reading all your comments below.

Turning ESO into a world with update 12 was enough to bring me back, i was happy, since then they continue to shower me in great news, housing, Morrowind, another class, regular dlc and yearly expansions(chapters) now I’m just down right giddy.
Canceled all my subs, there’s no point when all i want to play is ESO and with an avalanche of content coming…
As someone posted here:
ESO Won!

How hard would it really be to contrive a decent enough reason to venture into Red Mountain? That is basically how all MMOs based on preexisting stories/lore work. You set things way in the past or future away from the timelines people know so you have the creative freedom to do cool things without breaking canon.
While it is nice to think they are doing this because they don’t want to betray the events that happen in TES3, I think it is more likely they could be holding Red Mountain back for a future patch/DLC. I’m not saying that to accuse them of being greedy or lazy or whatever. I’m saying it makes sense to me to pace the content out like that. If the Morrowind Chapter is going to be followed by smaller Morrowind themed DLCs, Red Mountain and Solstheim are easy to see as possibilities.
Anyway, thanks for digging into things a bit so we don’t have to, Larry :)

Cool! There’s no way I’m getting there soon, but hopefully I can play the patched up form next year.

Dammit I was content. I played the main story and was satisfied. LOTRO just announced a new expansion, CU beta should come this year and GW2 is working on an expansion also. Why did they have to do Vvanderfell this year. If it was any other region, I would just say pass but it’s Vvanderfell so I guess I have to accept the fact that I will be game jumping this year.

This makes me wish I had picked up the game when it was on sale :/

” but it does confirm that Warden includes all three combat roles, which might be one of the reasons that players are calling the class overpowered before it even launches. That’s probably premature, but it does have the makings of a very powerful class.”

Im sorry but this is a ridiculous comment.. all 4 existing classes have very clear, very intentional, implemented abilities found in their core skill lines to fufill each and every role in the game. And yes.. that is in regards to actual end game content.

The warden is no different

I will not lie… i shed a little tear at the end of the trailer when i heard ‘Morag Tong’ and Morrowind Theme plays in the backround….

After all these years… its good to be back home. :)