If everyone can’t have it, no one should. That’s the stance that Blizzard is taking when it comes to using a mouse and keyboard to play Overwatch on consoles, as those players presumably have a huge advantage over controller users in response time and precise action.

As Kaplan points out, there is no official support for keyboards and mice on these consoles yet, although that hasn’t stopped some from figuring out a workaround. VG247 notes that many of the top players on Xbox One and PlayStation 4 use a mouse-and-keyboard setup via special converters.

If you can’t disallow it, work with Sony and Microsoft on detection and prioritize matchmaking with non-conversion using players. Match K/M players with other K/M players and controller players with other controller players. They are using non-official hardware on their consoles so Blizzard, IMO, has no obligation to accommodate them. If they are so used to the K/M they won’t be able to play in official tourneys (which can be very strict on their rules if they want to) and if they try to play against other PC players they’ll be in for a surprise with how good those guys are.

They could also just nerf the shit out of would be KB+M players so they’re on the level of controller players, much in the same manner FASA did with Shadowrun.

console manufacturers would like RTS and more ARPG’s released on their platforms. having proper mouse and keyboard support without having to use peripherals that cost over 100 bucks is the only way that is going to happen.

fuck off. Bliz should not dictate how people play games.

Of course you could just stop playing on shitty bad for gamers consoles and get a pc….. 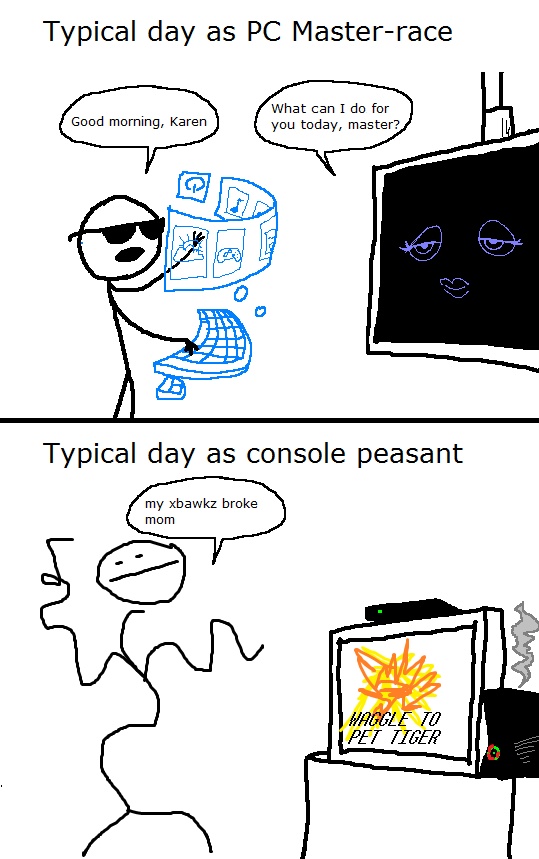 Well they aren’t wrong, it does give an advantage. I don’t feel forcing everyone to use controllers is the solution unless in a tournament. Some people just can’t use controllers, though this is why I just generally avoid fps games on consoles because I lack the thumb agility. Sure it might develop, but I’d much rather use a mouse and keyboard.

I wonder if Blizzard has considered the accessibility issue. I have a few friends with disabilities who are regular gamers and while the majority of them are on PC and use specialized keyboards and mice, I wonder if there is not a similar argument to be made for the console.

As for the argument that it is incumbent on the hardware manufacturers to “easily support mouse and keyboard for ALL players” — I don’t really know what that means. I imagine a lot of people who game on consoles would not use a KB/M even if they had the choice. This is hardly a question about some Holy Grail that is unavailable to most console gamers, but a byproduct of the gaming medium they have chosen. I cannot fathom most of them would see the absence of KB/M as a problem in the first place.

I agree wholeheartedly with Alex. As a gamer limited to the use of one hand, I depend on the ability to use peripherals such as those that are the subject of Blizzard’s ire. There are gamers with far greater handicaps and more limited accessibility options than me that would have zero options.

It’s funny about hardware manufactures supporting KB+M support because Microsoft is planning to add theirs on the Xbox One sometime in the near future and Sony has supported it since the PS3. It was even a selling point for the PS3 at some point.

So it’s really just in the developer’s hands on whether or not they want to support it.

What we can all take from this.

I play Overwatch on my PC.

That being said, I own a XIM4 and use it to play games PS4 exclusives, or games that I would otherwise be unable to play without a KBM.

In my case the XIM does not make me an amazing player. It just makes up for the fact that I have stupid hands and cant use a controller with any reasonable skill.

In Destiny I am consistently middle of the road in both the Crucible and in Strikes and Raids. The XIM wont let you exceed the number of inputs, or the turn/look speed of the controller, it’s hard capped and while it does allow for more precise aiming, the heavy in game aim assist actually throws me off a lot by pulling my curser away from where I want to aim and towards the gravity of the nearest hit box.

I am not disagreeing that it can be an unfair advantage, only that for a lot of us, it’s just a comfort thing.

The XIM4 is one of my best purchases to date for my console.

Agreed. I can play console games without feeling like I am wrangling a controller with broken hands.

It is cheating, plain and simple.

No, its not. Its no different than plugging in a controller and playing with it on PCs for Overwatch. Its just another way to play. Its not aimbotting. You still have to aim, shoot, etc.

Agreed. For a game like Overwatch the difference is very minor due to the enormous hitboxes . As I posted below I have played the PC version with a controller and competed with the majority M&K users with little issue once I adjusted to the controller scheme.

Other games with tighter hitboxes this might be more of an actual problem but imo not at all for this one. /shrugs

I use my XIM4 for Destiny. I hate using controllers for shooters, more so when there is a PvE element involved.

The game maker tends to agree. Using the game in unintended ways to seek an advantage is cheating.

Its not using the game in an unintended way. Its just using a different input device. Its a gaming peripheral. Nothing more. Nothing less.

So if I have a 130ms ping, and go over to my friend’s house and plug in there because he has a 60 ping: that’s cheating because I used my hardware in a way that gave me an advantage?

the game developer can disagree, but when console makers go out of their way to make system updates that improve the functionality of the xim4…

everyone can do this. it is not cheap. you need the xim4, you need a programmable mouse, you need a half decent keyboard and you are STILL LIMITED by the maximum turn rates allowed by the games.

any contextual menus that rely on moving one of the two analog sticks in a diagonal position are pretty much inaccessible to the player using a mouse and keyboard as WASD are you left stick, the mouse is your right stick.

it allows pc players who enjoy fps games but get sick and tired of the constant cheating to play on a closed system while still using the controls they know with some drawbacks.

I can’t do anything any faster or better with a XIM than someone can do with controller. I am limited by the technical specifications of my DS4, I am just using a different peripheral to input my commands.

People have been playing PC games for years using much more advanced peripherals. It’s time console game developers got on board.

Lord of the Rings Online closes the doors to its Ithil...