Activision-Blizzard’s quarterly financial reports have gotten boring since the companies decided to stop reporting World of Warcraft subscribers in 2015, am I right?

But in this case, boring is good. ActiBlizz’s net revenues for Q4 2016 were up 42% year-over-year and 49% quarter-over-quarter, setting records for the company left and right.

Bobby Kotick praises Overwatch, the King acquisition, and e-sports in particular, but WoW was no slouch, seeing “an increase in total play time for the quarter, surpassing the Q3 expansion launch quarter and all non-launch quarters in the last four years.” Yep, more records.

“Blizzard had its highest annual MAUsA in 2016 at 36 million, up 37% from 2015 and up 87% since 2014. Additionally, Blizzard achieved record fourth-quarter MAUsA of 41 million. Overwatch became Blizzard’s fastest game ever to reach over 25 million players globally. The title broke the previous launch year record for unit sales set by Diablo III in 2012 and received 55 Game of the Year awards. World of Warcraft MAUsA grew 10% in 2016 and over 20% year-over-year in the fourth quarter on the back of the successful third-quarter launch of the expansion, Legion. Also, Hearthstone had its highest annual MAUsA in 2016, growing more than 20%, in part due to the fourth-quarter expansion, Mean Streets of Gadgetzan.”

Destiny 2 is still on track for this year, sometime this fall, and is expected to cater to a more “casual first-person experience.”

WoW will definitely see a decline in Q1 2017, as by now people are starting to lose more and more steam. The expansion was good, but the underlying issue of ‘raid or die’ became only marginally better with Mythic+ (and even then, it seems less people are inclined to do those than, say, LFR).

Overwatch however….. it’ll be the company’s new cash cow for years to come, simply due to the out-of-game following it has. I know people that don’t play the game, have no interest playing the game, and yet are writing fan fiction for it. It’s huge, it really is, there are even ‘ship charts’ going around for the various characters. And enabling the community in such ways is extremely smart of Bliz.

I think the biggest reason WoW continues to stagnate is because they made everything so accessible that you don’t really need to make friends in order to tackle content anymore. The tools for grouping make guilds and big friends list pretty pointless in my opinion.

Overwatch on the other hand is a very social game, I made more friends playing Overwatch this year than I did playing MMOs the last 5 years. The WoW devs need to take a few pages from Overwatch team.

Not surprising. WoW is the best its been since MoP / WOTLK.

Your opinion of course. I’d wager to say that a lot of people feel a bit different about the current version of the game.

I would absolutely wager an overwhelming percentage of people here feel differently – a/k/a filter bubble. Not at all sure that a lot feel that way in the real world.

Real question is how do you make Destiny MORE casual? I love the game a lot but it is just halo reach with some diablo 3 thrown in. I can only assume that means more patrol stuff like the rumours of open world quest hubs suggests.

“””Additionally, Blizzard achieved record fourth-quarter MAUsA of 41 million.”””
Which is actually a quarter-on-quarter decline, as they reported 42 million in Q3 2016.

Does anyone know which is the typical seasonal variation in MAU numbers? I’m not sure if MAUs are supposed to go up or down during holidays.

Those are some amazing numbers. Without a doubt, Blizzard continues to be best in class. I wonder how OW is comparing to Battlefield or COD?

I dunno everyone I know that plays WoW left for ESO or FFXIV, my entire guild migrated to ESO ( around 150 people ) and just a handful returned for Legion. I’m surprised a game that is basically about gearing up to Raid is still as popular as it is.

The issue is people that think like you will go in the same direction and tend to band together.

WoW is like Coca-Cola. It is like Budweiser. Your friends may drink water with lemon or craft beer, but most folks are fine with name brand pleasures.

He has a point though, my guild is dead and my friends list is empty. I have no idea where they went either. Experiences will vary for sure but this graph, while not the most accurate piece of info, kind of paints a picture of the current activity.

And speaking of which…if I had 5 gold for every time I heard your type of testimony during Vanilla, TBC and Wrath, I wouldn’t need to be selling WoW Tokens on AH to acquire matts to make my gem cat mounts. Just saying.

Yep. We are four months away from the ten-year anniversary of Raph Koster’s post “How Open Big virtual worlds grow” (June 15, 2007) which examined the WoW Insider article “Why are people leaving WoW?”

Billions of dollars of revenue later, it turns out WoW was not quite as dead as some postulated then.

Everyone I know came back for Legion and stayed.

Credit where credit’s due. Legion was received relatively well by the fans (most, not all obviously), and Overwatch is an absolute success. Overwatch also boasts one of the most interactive dev teams that i’ve experienced, which only propagates its positive adoption. As long as WoW doesn’t slouch on its content delivery, it will continue raking in the numbers.

That can’t be right. The internet told me WoW was dead. 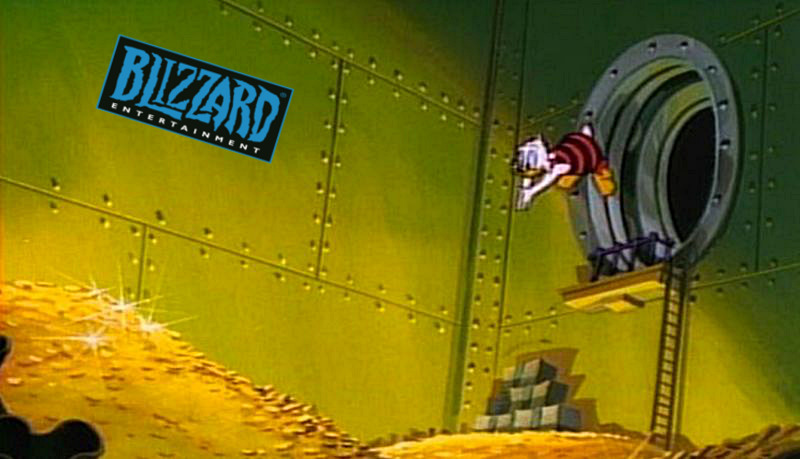