Ready for sappy questlines, particle effects that look like hearts, and lots — and I do mean lots — of pink? Valentine’s day has arrived in the real world and many of the pretend worlds inside MMORPGs (for some reason). And who are we to fuss when the events are all about candy and cheap romance? Nobody, that’s who. Read on for our guide to Valentine’s Day around the MMORPG verse!

World of Warcraft is as always running its Love Is In The Air event. Sorry, dudes, I won’t be logging in my Dwarf Rogue gal for you to emote this year!

Black Desert’s V-day events kicked off last week, but the big finale is on the 14th — don’t miss the fireworks shows!

HELLBUGS IN LOVE. COME ON. I adore Trove.

Move over, quaggans: Revelation Online’s adorbs mushroom chibi have a contest in store.

It’s no surrey with fringe on top, but the lovebuggy in RIFT will do all the same.

Don’t log into Skyforge unless you’re prepared to be stalked by a lovesick dryad who wants to give you free stuff.

ArcheAge is still running a boosted experience event until tomorrow. There’s new stuff in the cash shop too! CM Celestrata also points out that there’s a scandalous storyline running: “Yateo appears to have CHEATED (how rude) on Greeniette, and is only after her heritage to the Greenman throne. In a calm and rational response, Greeniette is assembling an army of adventurers to go kill Yateo. That’s how everyone deals with this, yeah?”

Riders of Icarus has a V-day promo promising a date with a GM. What could go wrong! 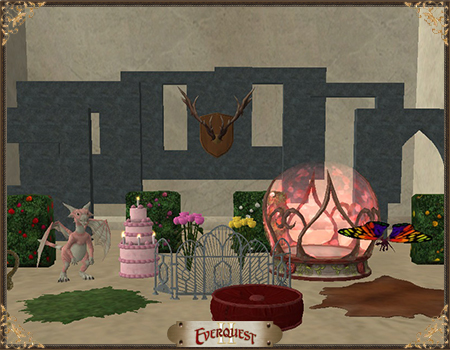 Erollisi Day has returned in EverQuest II and runs for most of the rest of the month, so don’t panic!

Kyra’s Pop-Up Potion Shack is back in action in TERA beginning later today.

Love is all around in Villagers and Heroes… in codes passed out on social media, that is, with gifts every day this week.

Suit up and jump back into Marvel Heroes 2016! Our Servers are back up for you to enjoy with our Valentine's Day Event. #PlayMarvelHeroes pic.twitter.com/yxBLWZjiy6

Even Marvel Heroes is getting into the Valentine spirit.

Ark Hunters in Defiance will be dealing with a bombardment of Colony Courtship Arkfalls. Creepy.

Ultima Online has rolled out wedding packages just in time for V-day in Britannia. 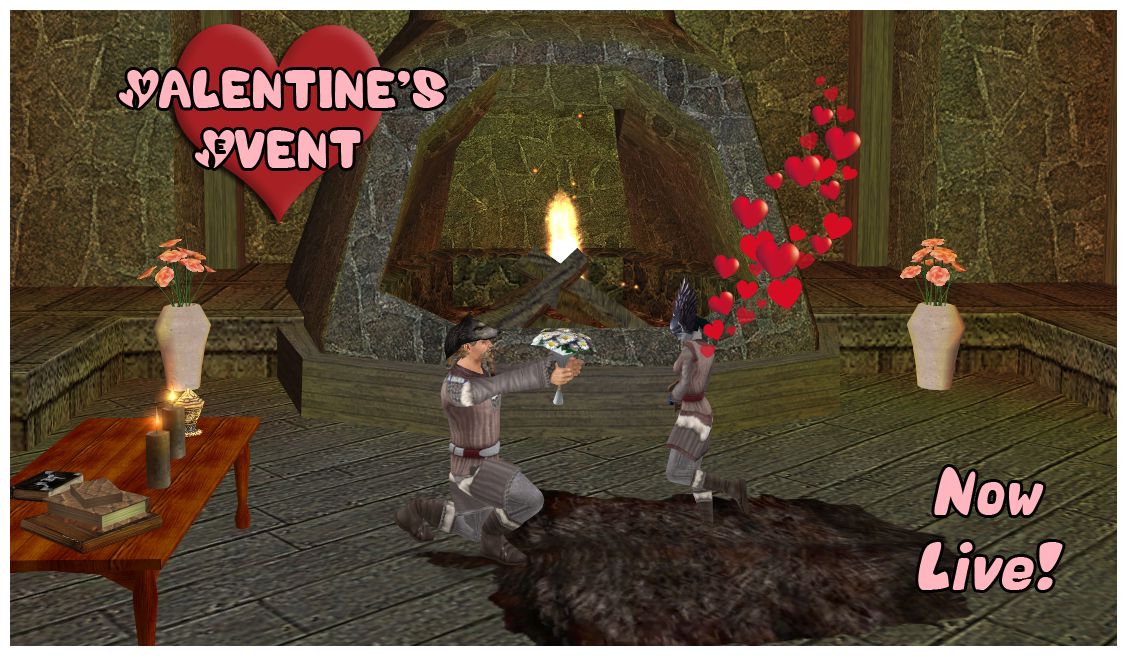 Not to be outdone, Broadsword’s other MMO, Dark Age of Camelot, has new Valentine quests this week.

Belle of Asperon is back in Devilian handing out free stuff!

MU Legend is running a Valentine-themed giveaway to help you get beta keys for your bae.

Path of Exile isn’t all doom and gloom; it’s got some V-day goodies in the cash shop.

Love is in the air! Celebrate Valisblot with a Norse Pantheon sale. Also, enjoy 25% off the Valentine's Day Chest. https://t.co/d48GCpYq1K pic.twitter.com/XWaWg2ePDv

SMITE got in on the fun too!

@MassivelyOP And Shroud of the Avatar has some community events going on that celebrate Valentine's Day! https://t.co/oQlgkVP03e #LBSotA

This one from Shroud of the Avatar is nifty — it’s a community event revolving around V-day cards, which actually exist in the game.

#valentines day in War Thunder will bring more love – and you may share it with others and win valuable prizes – https://t.co/Phme7Le7Cp pic.twitter.com/tNAcYZEJvw

Tanks and love totes go together in War Thunder, we’re sure of it. 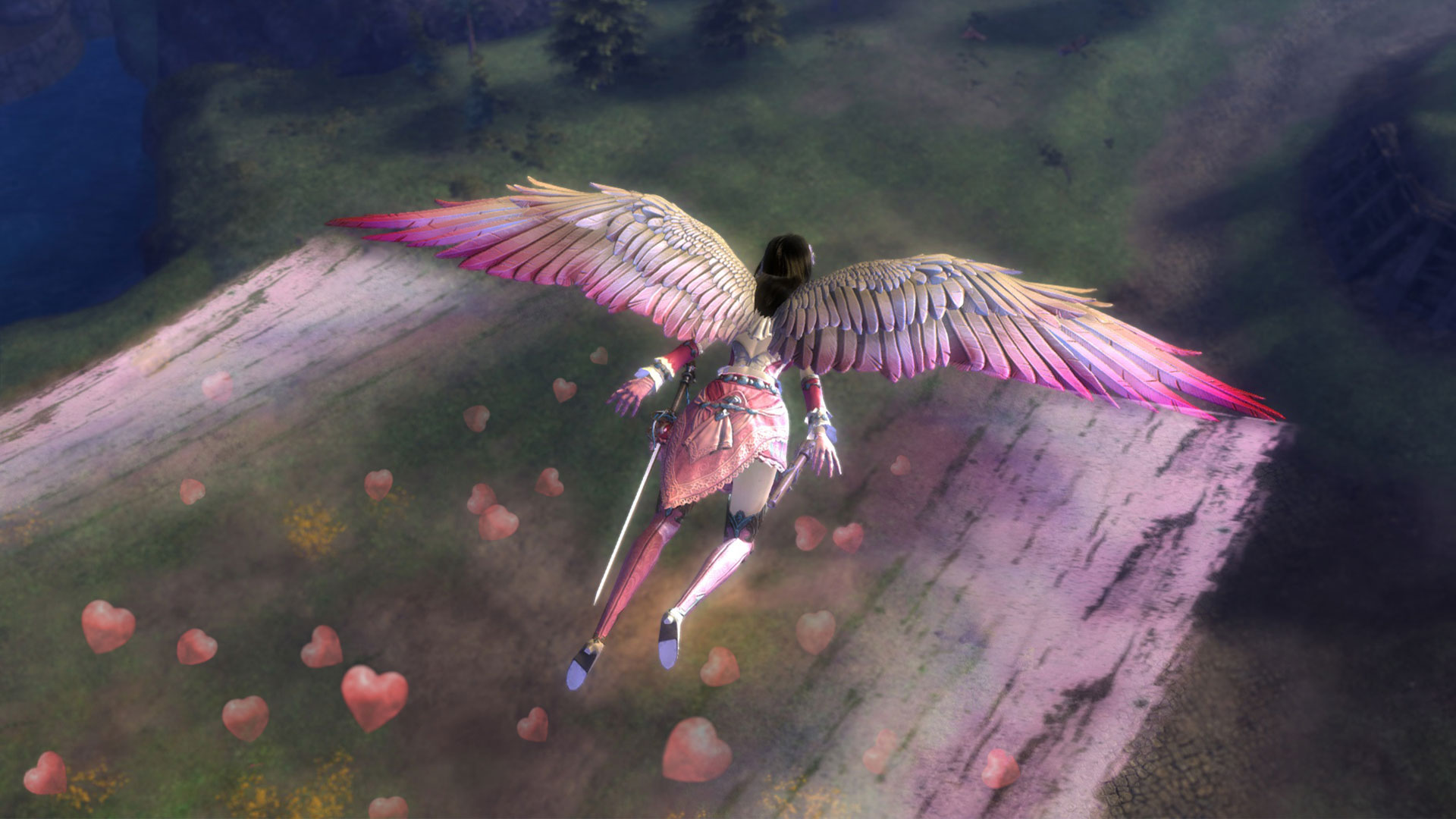 Guild Wars 2 has added romantic thingers to the cash shop, including this wacky glider and a “wedding preparation package,” which sounds OMINOUS INDEED. 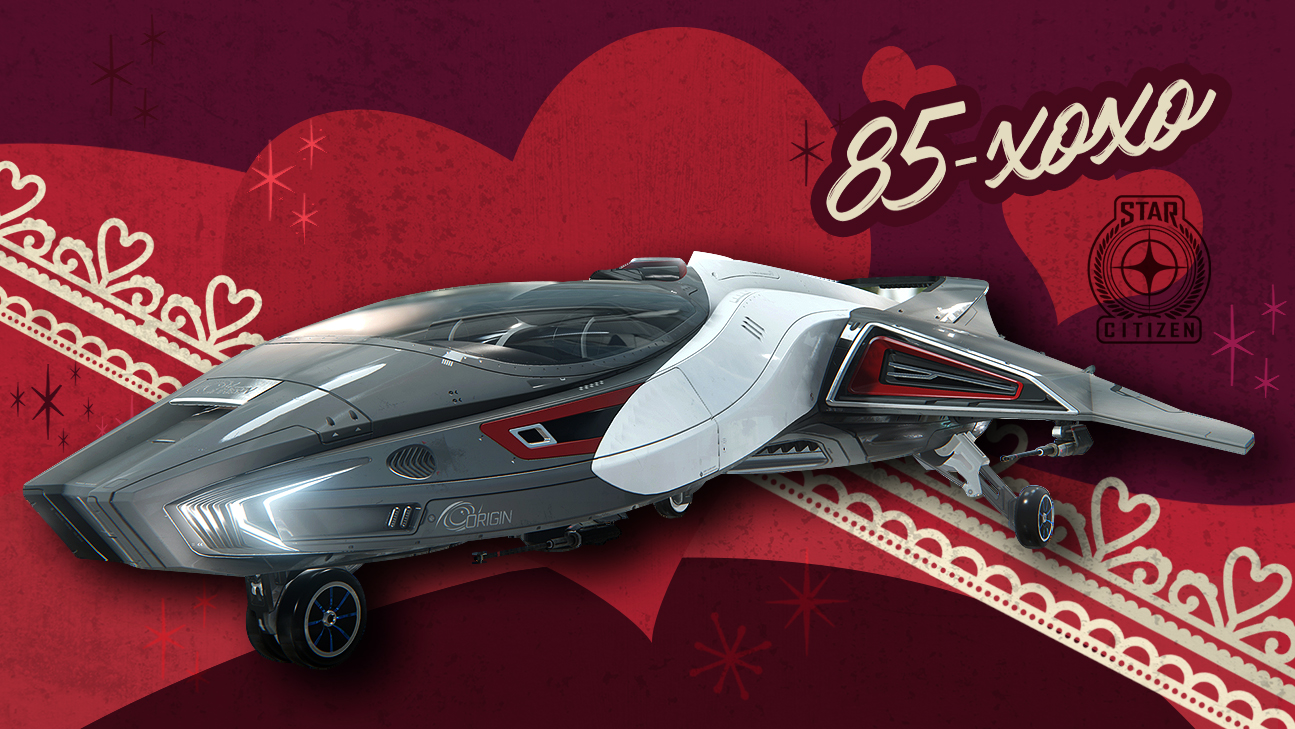 Sources say Star Citizen is a game about buying ships and seeing who can buy the most ships. So here’s some ships on sale!

Happy Valentine's Day! Send these to a fellow capsuleer if you like flying the friendShip/relationShip! For more: https://t.co/hXpwk5rMbs pic.twitter.com/9Xq672f5ud

ESO has a Black Cat pet for sale for Valentines weirdly enough (and didn’t have it for sale during Halloween!). I’m hoping I get to see the Siamese Cat in the Crown Store sometime along but I’ll go ahead and snag this Black Cat too. It’s only on sale this week and then gone, presumably until another future special event anyway. Their limited time sale stuff seems to make re-appearances so I’m not super worried about missing it but still want to get it now.

I’d like to know why citizens of the U.S. are using “V-day” to represent Valentine’s Day. Is it laziness? Do they no longer remember their WWII history? The two items are separate to me and represent _very_ different things.

Those who can’t remember the past, won’t appreciate the irony of reliving it.

You do realize there are multiple things that V-day can stand for, so using it for any one of those things is fine. Also in the US we don’t call it V-day we have separate VE and VJ days. Also laziness? Why abbreviate anything then? Why did you abbreviate Victory Day, lazy?

Funcom remembered it has other games today and chucked in Valentines stuff on TSW (some new bags) and AO (nothing new).

Warframe has a 24hour PvP event to break up the grindfest that is the 6-monthly Acolytes visit to get incredibly important and powerful mods that cannot be farmed at any other time.

You can tell how impressed I am :p

Blade & Soul’s cleverly-named “Blade & Soulmate” event has some new stuff in the cash shop (because of course) and a repeatable daily quest where you can earn goodies, including a costume. It lasts until March 1st, so there’s plenty of time to get in on the action.

ESO announcement was removed from Twitter.
Maybe they had a second thought? *hopeful*

Eeeeenteresting, you’re right, they pulled it!

Oh, there’s some extra Valentine’s stuff in ArcheAge with the ever adorable Prince Yateo and Princess Greeniette! Yateo appears to have CHEATED (how rude) on Greeniette, and is only after her heritage to the Greenman throne. In a calm and rational response, Greeniette is assembling an army of adventurers to go kill Yateo. That’s how everyone deals with this, yeah?

But, the special event carries rewards, as well as an over-the-top storyline that continues the tale of Greeniette and Yateo from last year: http://www.trionworlds.com/archeage/en/2017/02/10/star-crossed-love-or-simply-double-crossed-the-story-of-princess-greeniette-and-prince-yateo-continues-on-feb-10/

Nice article. I’m a lucky guy because my beloved hates Hallmark holidays as much as I do. Selling love as a commodity is kind of sad.

I told my husband I wanted a new keyboard instead of flowers. I got both. :P (My favorite flowers are cheap, fortunately, and no one but me apparently wants death flowers for Valentine’s Day, so yay for me and my cheap white carnations. And my new keyboard.)

This should not be a thing.

The PoE one is not time limited. permanent offering, unlike some of their other holiday pets/effects.

I have that one and the dropbear from some aussie/NZ holiday or another. The heart blade always gets some questions when I group.

You can group in PoE?

Snark directed not at you but rather, the fact no one ever seems to do so.

LOTRO Legendarium: Why do we know so little about Fate of...