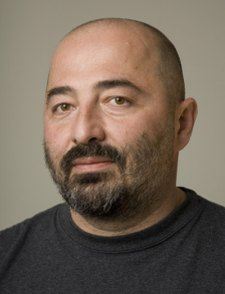 “Daniel Dociu will be leaving ArenaNet,” O’Brien writes. “Daniel has been defining the art direction for ArenaNet since 2003, before the launch of Guild Wars, and the impact he’s made on the studio and industry will be seen for years to come. It’s been a pleasure to work with him. Daniel, thank you for thirteen wonderful years creating worlds together. We’ll miss you. We look forward to your continued success.”

Taking over for Dociu is his son, Horia Dociu, who has worked on the Guild Wars franchise art team since 2003 himself.

END_OF_DOCUMENT_TOKEN_TO_BE_REPLACED
Imagining the Guild Wars franchise without the elder Dociu is impossible to me right now; he has remained my favorite gaming artist for many years. I very much hope we see him pop back up at another MMORPG studio in the future. How about Amazon?
Source: Official forums. Thanks, Tibi and Jesse.
Advertisement

I think GW2 is an awful MMO. dreadfully boring content and gameplay with a ridiculously tiresome currency grind. But the art team of GW2 are gods of the industry. Without a doubt, the best animations and art of any MMO i’ve played or viewed. Just wonderfully done. It wasnt enough to keep me from falling asleep in that snozefest however.

Such a shame. GW2 art direction is spectacular. At least his son is sticking around.

This guy was my inspiration growing up, and a god to his craft.

The soul has officially left the GW2 universe.

He’ll always be Father Grigori to me.

His work is and has been astonishing. Huge respect to him.

His art influence on the game is the only reason I gave GW2 a second and third look, even when the game play failed me. One of the few games that I actually wanted to explore and see the entirety of the world.

I for one welcome our new Amazon gaming overlords and would like to remind them that I’ve been a customer from back when they just sold books (mostly.)

Man…Anet managed to avoid the large-scale departures of senior team members from GW2’s launch, but HoT has not been kind. They’ve lost a lot of senior folks over the past year and a quarter now. Probably heading to Amazon with the rest of the ex-Anet folks, maybe Smeds project.

Sad to see him go, since the art direction has always been fantastic IMO. Hopefully his kid (OH EM GEE NEPOTISM!) can keep up the awesome work.

Probably one of the few graphics I’ve seen in games I’d consider art rather than simply graphics that are largely functional.