The latest Superdata Research report is in for the month of January 2017, and in addition to an increase of 9.8% of digital game sales, several online titles are sitting comfortably in the top 10.

One notable entry is the rise of ARK: Survival Evolved in the console chart to the number four spot. “Launching on PS4 in December, the game is an unusual standout on the AAA-publisher-heavy top 10 console list,” the report noted. “In January, the game continued a rise as it becomes popular on the latest generation of platforms and took the number 4 slot, ahead of titles like Battlefield 1.”

League of Legends, Dungeon Fighter Online, Overwatch, Lineage, Destiny, and Pokemon Go all made expected showings. World of Warcraft is also on the list, but twice, as the game’s sales are being split between “west” and “east.” That seem a little unfair to anyone else? You can check out the full chart after the break. 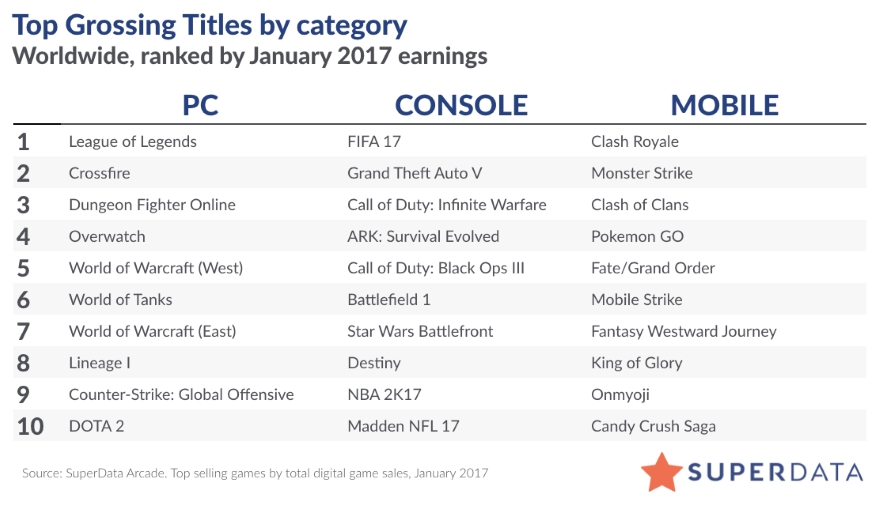