In honor of PAX East this weekend, Star Citizen has unlocked its Sabre fighter for anyone to try. You’ll just need to use the “PAXEAST2017” code on any account to get the free trial, which will last through Tuesday, March 14th.

As you’re downloading that, you might want to check out the latest episode of Around the Verse. The team broke down Star Citizen’s rather impressive economic chain in an elaborate flow chart (who doesn’t appreciate a good flow chart?) and took a close look at the arsenal of weapons that will be used in Star Marine.

We’ve tucked the economy flow chart and Around the Verse for you after the break! 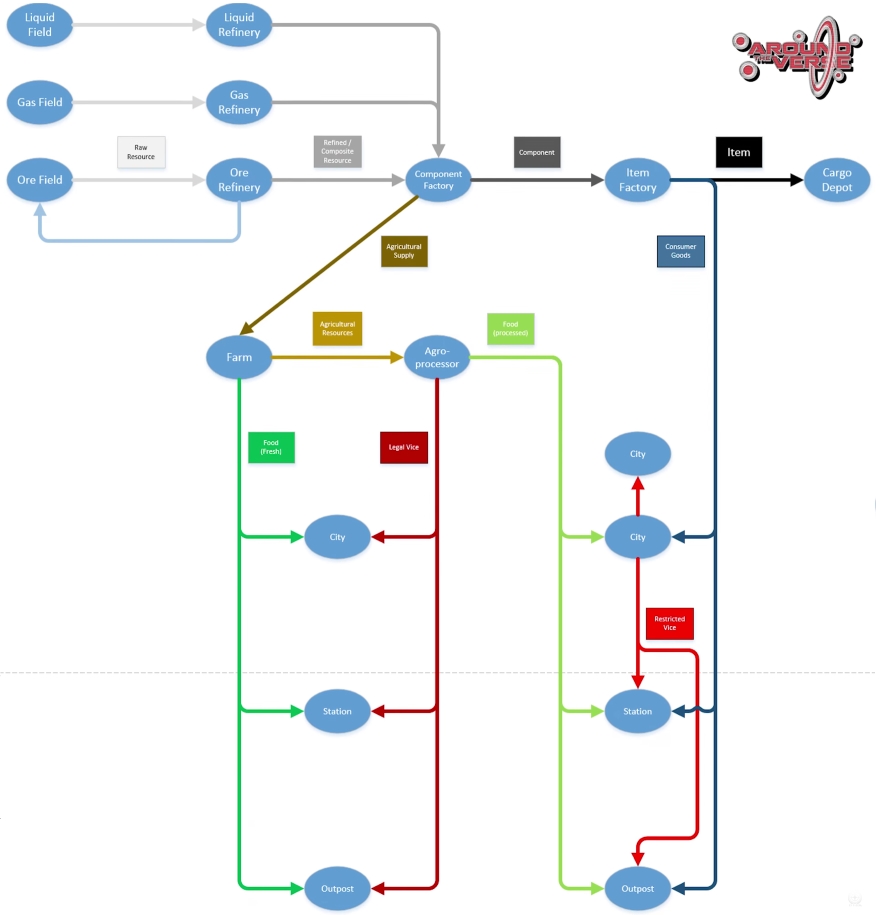 We got to talking about Star Citizen in my guild ( from another game ) this week given I’ve never played it was interested in what some of my friends had to say about the game. It sounds like it’s going to be great but pretty much all of them said they thought it was overly optimistic to think this will release anytime in the next two years . I guess good things come to those who wait and I will be buying it upon release because I am not interested in funding a game that is not finished but I am certainly not expecting it before 2019 .

I might try a free fly week sometime though to see what the fuss is about .

Saber is my favorite ship at the moment.

Even though I was always sceptic about the title I’m inclined to say: please be good. MMO scene is so dry atm.

Well, if you disregard the redundancies introduced by the trichotomies of liquid/gas/ore and city/station/outpost, the diagram boils down to the most basic crafting sequence imaginable. Can’t say I’m impressed.