Thanks to this past week’s introduction of a free-to-play model, Warhammer 40,000: Eternal Crusade saw a massive jump in its player population. The team reports that concurrency doubled practically overnight while daily active users tripled to 44,619.

While this is certainly a cause for celebration among the team, the huge influx of players caused some technical issues that required a weekend of hard work to sort out. There’s still more to be done, as some guild services and the world map are being reworked to accommodate the larger crowd.

The team also said that it’s making a few adjustments to its Steam offerings, such as bundling together the four DLCs into a single purchasable package. Also: “Steam is working on the giftable version of the game for all players that bought the game before we launched the free version. Apparently, this is not straightforward but we’ll figure out something, or an equivalent.”

So it has 300 players now instead of 100. I tried it out over the weekend, it was a TERRIBLE game. Honestly beyond saving.

Here’s hoping the growth lasts, at least a sizable portion of it. 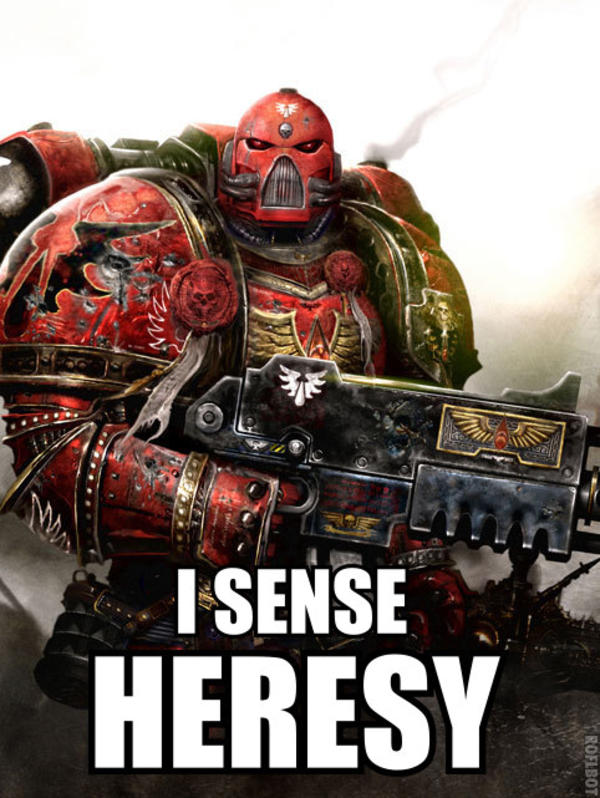 I’m confused, wasn’t Eternal Crusade ALWAYS supposed to be a F2P game from the very beginning?

early alpha, the plan was to make it semi F2P, orks were supposed to be a free faction.

That was later changed, and the game went full B2P, despite many complaints (especially from paying players who picked orks, since they were the least fleshed out faction in the game at the time)

I love how companies pick and chose the metrics they share and dress them up in ways that might be misleading.

“Daily active users” really isnt useful to people wondering if a game is doing well, or if it means they will have people to play with. Its NOT active users at any given time. If you are looking to see how easy it would be for matchmaking to find you a game (ie: how long you have to wait to join), this metric isnt what you are looking for.

which shows the peak player count. IE: the highest max number of players at any one given time (typically during peak hours).

In this games case, the first few days of F2P caused the Peak player number to jump from less than 1000, to about 5000. Pretty significant. However, 5000 players during peak time for an online shooter, is still pretty low and can result in queue times, especially since this is global, and not regional.

The numbers have already started to drop down to around 3500 players during peak times, which is around where it was shortly after the game was released.

Another free 2 play game, Team Fortress 2, which has been F2P for over 6 years, has average peak player base of around 50k
http://steamcharts.com/app/440

CS-GO, a paid shooter, has an average peak player base of around 350k!
http://steamcharts.com/app/730

Paladins, a F2P moba FPS has an average of almost 25k players
http://steamcharts.com/app/444090

So yeah… Eternal Crusade is boasting numbers that sound high, but really just misdirect how poorly the game is still doing, despite being F2P now.

“While this is certainly a cause for celebration among the team,..”
===========
http://www.polygon.com/2016/3/11/11208284/wildstar-developer-carbine-studios-layoffs
“This comes just six months after Wildstar switched from a subscription-based MMO to a free-to-play game, a change that Carbine hoped would “drive millions of players into the game.”

Always a problem with F2P conversions it seems.
First the good news and then later, the worse news after a short term high.
If I was an Eternal Crusade employee, I’d start updating my resume quick-like.

Meh, I’d disagree with that.
Suggesting F2P conversions are somehow the CAUSE of the problem is confusing cause and effect.
It would be like suggesting that lifebouy rings are to blame for drowning because most drowned swimmers had one thrown at them in their last moments. It’s thrown at them to try to SAVE them, but often fails.
Just like a F2P conversion is a last-ditch effort to save a shitty game (it saved DDO, so everyone thinks it’ll work for them too). When we look back in 10 years, we’re going to see that most of them failed too….deservedly.

Oh yeah, haven’t tried it since they made those caster changes a month or so ago. I guess I’ll have to carve out a bit of time to boot it up over the weekend. Too bad I suck, so I won’t even be able to stomp all those F2P noobs (/s).

Eh, just go Marines. Eldar are way more effective, but you need to be an acrobat to not die. Greenskins are… well, greenskins.

I have a Chaos Marine and Eldar both at super duper mega low level (like… lvl 2-3 each) and kinda prefer Eldar so far. Just haven’t had the time to play all that much.

At the end of the day, Eternal Crusade plays so much like BF:BC2 that I just get really comfortable with the game. And frankly, I have a ton of fun when I do play because I don’t have to be amazingly awesome all the time to be on a winning team like you do for the 6v6 Overwatch (which is a fantastic game but too “hardcore competitive” at core for me).

I wish Black Templar were one of the Space Marine choices. :|

Still an abomination of the 40k verse.

Good news, but what really matters is where the population will stabilize.

I think numbers like the one given here 44,000 daily users is often misunderstude. Gw2 often purposely gives out a confusing stat number like 20 million active players. For those interested in the real facts let me help clear things up. 44,000 daily users would be a peek number not and average. Also its NOT a concurrent player number , but rather a number throughout a 24 hour period. If the highest total number of unique sign ins , in one 24 hour period hit 44,000 the concurrent player number most likely peeked around 4,000 – 8,000. Now lets look at the biggest mmo during its best time and compair. That would be WoW years ago with somewhere in the area of 14 – 17 million subs ” people paying 15 bucks a month ” mostly likely WoW was hitting in the area of about 1 – 2 millon concurrent players at peek times. Basically im compairing 4-8,000 to 1.5 million. Thats the real numbers.

That said, the numbers are telling a pretty good story with retention even if it isn’t mind-blowing. In three months I suspect that the numbers will remain on a slow-but-steady climb now that the client has no financial barrier.

Aggregate number not peak number, your numbers aren’t any clearer, they are roughly the same, only you divide them by 10.

With the US alone having more than one timezone it makes no sense to give peak numbers because there’s more than one peek, since were not dealing with exact numbers.

They are presenting their numbers in a format that was established a long time ago by others and that to the best of my knowledge isn’t usually contested.

My numbers are not perloect by any stretch, but they do give a much better idea of the bottom line. Which is to say the average concurrent pop is probably in the area of 4k and compaired to WoW in its prime around being 1 million + concurrent. So when they say thing like 3 times more population people dont get confused thinking its this great thing. Just like GW2 claming 20 million active accounts! When i have 2 active accounts ever though i have not played in a year and GW2 concurrent pb is probably in the ball park of 25 – 50 k and once again compairing that to 1 or 1.5 million shows just how massive a good mmorpg could be.

How many times did you actually engage with 2k other players at the same time? 1k? 200? You never have and you never will, the millions of WOW players only mean more money for Blizz that is then redistributed between whatever other projects the company has.

This number is useful to illustrate the current population of the game, it is presented in the very same way WOW presented their numbers before they stopped doing it.

I’m sorry but calling WOW a good MMO because of it”s numbers is like saying Artist X is good because of record sales or sold out concerts, quality is very subjective and it has little bearing in popularity.

WOW is unquestionably popular and i personally consider it to have very good quality, but it doesn’t even come close to being enough to cover all the demands for an MMO.

Thats completely beside the point. The point is this, these mmo companys give out very misleading numbers to make their game seem way more popular then it really is. They are claiming some type of success by switching to f2p model when really even as a f2p game it does not even hit 1000th the popularity of a very successful mmo. Mmorpgs are so desperate to pull in more players they will try and throw any stupid number out to bait you into trying it. If every top mmo right now was forced to show the true amount of players in game people would freak out. No one wants to devote a chunck of their life to an mmo with a 3k pop.

You actually painted the picture in a good light to be honest, as in the industry having a CCU of 10% of your DAU is basically the top limit that is rarely achieved. CCU is generally much closer to 3-5% DAU, which would be much worse than your calculations.

The Daily Grind: What features from single-player games would you like to see in MMOs?

Console LOTRO and DCUO’s huge playerbase: Everything we just learned about...