END_OF_DOCUMENT_TOKEN_TO_BE_REPLACED
Let me start this article by answering my own headline: It’s partly because I’m an idiot and cannot let go of this IP.

Star Wars: The Old Republic has been a part of my life for over six years, and not having it there to fall back on would be difficult. But I could still play SWTOR without a subscription. Many of my friends still do! The truth of the matter is that I’m still having fun in the game, just not playing the game. I still have a guild of about 50 people who log in regularly to participate in activities. I have friends whom I’ve grown close to. And as much as I hate to say it, there is no other game that can give me my Star Wars fix.

I guess it’s possible that I could still log into the game and not pay a dime for it, but hopefully, if I tell you what happens during my typical game day, you will understand why I still hold a subscription for the game, despite not playing a single bit of the content BioWare has given and sold me.

A day in the life of a roleplayer

I do a segment on the Passionately Casual podcast called In-Character, during which I talk about roleplaying in SWTOR. Although I wouldn’t call them deep dives, my segments are more than the surface trips that most roleplayers take into discussing our gameplay style. This past week, I talked about my guild, using it as an example of how roleplay groups come together. The roleplay in my guild is an important reason for me to still have a subscription to the game.

Although I have officially handed the key to the guild over to someone else, I am very much still in leadership. I am one of three people who have a hand in every aspect of what’s happening. In the morning, including the morning that I’m writing this, I make sure to say hello to everyone in our Discord server. Because I’m writing, I don’t exactly have anything else to do, but sometimes, I will have guild website issues to take care of or content that I need to write for the guild wiki or maybe I have an upcoming event that needs planning. But every weekday, I do some little thing for the guild.

Of course, after that, I have a job and other work to do. We all have to eat, kids need to get to school, and video games don’t pay for themselves. Luckily, my day job allows me to periodically check in on how things are going with people playing the game or catch up on the latest memes the guild is talking about. But very little of it is about the game content itself. Most of the time, it’s memes, but when guildies do talk about the game, it’s rarely about the things BioWare is producing. Most of the time, we talk about our D6 campaigns or the storylines for our characters. 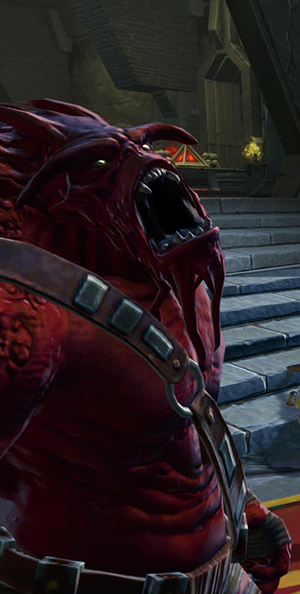 I have mentioned this in passing before, but my guild roleplays using a set of tabletop rules that started in the mid-80s. West End Games created the first RPG for Star Wars in the early ’80s, which was eventually used by Timothy Zahn as a reference for his groundbreaking Heir to the Empire novels.

I do have a weekly event that I am in charge of, but as one of the leaders, I am also in charge of maintaining character balance. Let me give an example: We recently had players who were interested in taking on martial arts disciplines. And Star Wars as a franchise has them, and the D6 system actually allows for hand-to-hand combat styles. But unfortunately, they all seemed overpowered compared to even Force abilities. So last week, one of the other leaders and I crunched numbers and tested out possibilities on how to implement martial arts into our existing system without making it an instant I-win button. We also didn’t want it underpowered, either. Luckily, there was an existing outline for us to use, but it wasn’t quite right for our group; we had to adjust it a lot.

I’m not trying to brag when I say that I have a lot of stuff in game. Although I’m not the richest on the server by far, I’m not uncomfortable, and if there is something that I really want, I can usually get it. My guild is very similar. We have a fully unlocked flagship where most of our roleplay adventures take place. It took over a year to unlock the ship because the other leaders and I didn’t want to dump all of our money into it; we wanted to guild to have a part in making it what it was. That being said, we did spend hundreds of millions of credits buy decorations for it, and we continue to supply the ship with new things from the Cartel Packs. 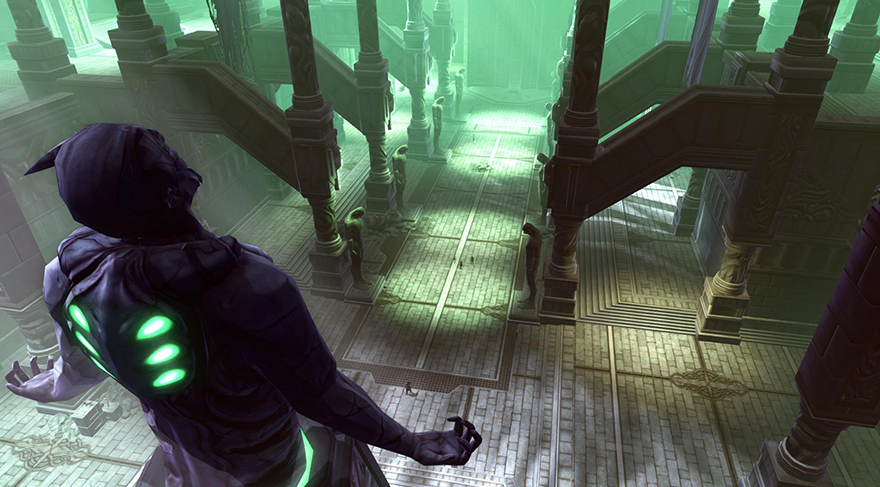 Since I do not buy Cartel Packs with my Cartel Coins anymore, I buy items off the Galactic Trade Network (auction house), which means I need to have a constant credit supply to pull from. This also means that I cannot play the game as a preferred player because my credits would be capped.

I guess the bottom line is that to remain relevant to the game and to my guild, I have to be able to do the things that they need and to provide them the opportunity to have a great venue for them to roleplay in. The $15-a-month charge really isn’t that much in the end. I spend more on coffee in a month. I’m willing to give that up if it means that I can give my guildies a place to for their stories to take place.

I know that some people believe that guilds are inherently selfish, and that guild leaders make guilds to stroke their own egos. But that’s not what I’m looking for and that’s not why I subscribe. I’m not completely selfless; I am enjoying myself. But I’m willing to make a minor monetary sacrifice if it helps the people around me enjoy themselves, too.

In other words, I’m still enjoying myself and my friends in SWTOR — but it’s not really because of anything BioWare’s done. And that’s why I’m still subbed.

Larry Everett jumps into his T-16 back home, rides through the hypergates of BioWare‘s Star Wars: The Old Republic, and posts his adventures in the Hyperspace Beacon. Drop him a holocom on Twitter @Shaddoe or send him a transmission at larry@massivelyop.com. Now strap yourself in, kid — we gotta make the jump to hyperspace!
Advertisement