Don’t miss this morning’s explainer piece on The Secret World’s reboot as Secret World Legends, now a “shared world action RPG.”
You wanted answers, we’ve got answers! As soon as Funcom sent us the press release and the FAQ about the launch of Secret World Legends and its effect on The Secret World, we fired off some questions to get more details and some clarification. Game Director Romain Amiel has now expounded on different aspects of both games for us, including the use of the Ability Wheel, changes to progression, Grandmaster status in both games, future development, and more. Here’s what he had to say.

(Bad news spoiler: Your hopes of having continued content in The Secret World or a new graphics engine have the same lifespan as an Orochi agent.)

END_OF_DOCUMENT_TOKEN_TO_BE_REPLACED

Massively OP: To start us off: Does the reboot mean that all current DLCs (through Issue #15) will be completely free-to-play?

Romain Amiel: Yes, all content including current DLCs will be completely free-to-play, including all the content in Solomon Island, Egypt, and Transylvania.  Most of the issues content will be available at launch. Tokyo and all the issues related to that region will be released in the weeks following.  All future content, including season 2, will also be free to play.

How will Funcom profit from the game? Will there be changes to the item store or what is offered in it?

All the story and quest content in the game is free for everyone.  Players will be able to purchase a variety of in-game items and services including additional characters, unlocking new weapons, extra inventory space, exclusive vanity items, and more.

What does the change away from an MMO to an RPG mean for future content? Such as, we know that the stories for season 2 and 3 are already written — will we still get to see them? Will the seasons be expansion packs that will now be purchased (as opposed to smaller DLC issues)?

All future story content and quest content will be free.  One of the main reasons we are relaunching is to enable us to release the rest of the story content for Secret World Legends. We will be releasing the first part of Season 2 later this year. 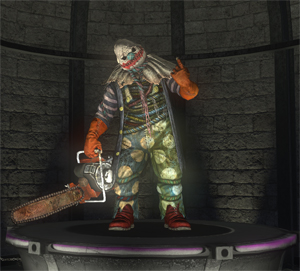 Is the Ability Wheel still intact for combat? Can you detail a bit what those changes to combat are?

We have changed how the ability wheel works in Secret World Legends.  Actives and Passives have been separated into their own unique sections for each weapon.  In addition, we have redesigned the actives and passives for each weapon to make the game easier to approach for new players.  We still allow the combination of two different weapons to make a completely unique build.

What does “improved mission flow” mean? Are missions gathered together into hubs, or is there a system that directs players where to go as opposed to finding the mission nearby after completing another (as currently happens)?

The major change with mission flow is that the main story missions will guide the player around the playfields more so than it did in TSW.  We use side quests to lead players to mission-giver NPCs and other areas of interest.  Exploration is important in Secret World Legends, and players will need to go off the guided path to discover everything in a playfield.

Can you detail the new progression system?

The progression system has been made more traditional and more accessible: As you progress through the game, your character will earn experience, earning levels which will increase your survivability and damage output.

A large part of your power also comes from your equipment. All gear found in the game can be further refined and improved to increase their power and attach powerful effects. We will have more information on this in the coming weeks!

Additionally, every weapon that you master will grant you lasting benefits.

With the line that players can enjoy the game entirely on their own or team up with others, does this mean players now have friends help them in all aspects of the main story missions?

We are updating most aspects of the main story missions to be doable with friends. A few instances with stories crafted specifically for solo play will still require you to play those on your own.

Does “updated visuals” mean that character models have been improved/changed?

We have made improvements to visuals like character models, character heads, combat effects/animations, lighting in playfields, and we’ve increased view distance in some playfields. Keep in mind these are improvements, not a generational jump in graphics. We are still using the original graphics engine.

Regarding “offering a fresh start for new-comers and long-time fans alike”: What will these changes offer players who have been a part of TSW since the beginning and have completed all available content?

A lot of improvements have been done to many of the missions. The story mission has also received several changes, new information has been added, and the story flow has been improved throughout the game. Additionally, the changes to combat and progression system make the game feel different and even more enjoyable than it was the first time around.

For returning players, you will be able to re-live the full story, complete with high quality voice acting, and experience it with the new and improved combat and progression systems, which we believe is an overall more enjoyable gaming experience.

We’re confused on the status of the original TSW — will it still be fully accessible and playable, or is it being outright replaced? If it will continue on separately, will original TSW receive updates and future content like the much-anticipated season 2, or will all new development only be in the new Legends game?

Will players who then play both versions get to keep their benefits in both versions (such as grandmasters continuing to get Membership Rewards as well as as the Patron Rewards in the RPG Legends)?

Yes. Once Secret World Legends launches, players will be able to link their SWL account to their TSW account.  Linking will do several things, but one of them is take a snapshot of any remaining Membership Rewards time you have in TSW and copy it over to SWL as Patron Rewards time.  After this one-time account linkage, any purchases in TSW will be separate from purchases in SWL.

If you are a Grandmaster (lifetime member) in TSW then you will have lifetime Patron Rewards membership in Secret World Legends, and you will keep benefits in both versions.

Thanks very much for your time! Readers, you can get the scoop on the reboot in our original article from this morning.