Expect “big changes” in the way Silverhelm Studios handles superhero MMORPG Valiance Online’s development going forward, the indie group tells future players and testers in a new dev post today. Silverhelm says that about five months ago, it “shifted from a feature implementation and prototyping development stage to an aggressive content development and content testing phase,” with a renewed focus on transparency, the map, content coding, tools, mob scripting, and the character generator (shown down below), all in the service of preparing for an alpha release and then, eventually, release on Steam.

“Our marketing team is also gearing up for Alpha release, and building their launch campaign for the project. Alongside them, our business team is preparing for the Steam launch and resuming talks with interested investment parties as they start planning to strengthen our infrastructure’s integrity. Our plan is to have the Alpha run for at least 1-2 months. The first phase of testing will be reserved for those that have donor status with the project. As people donate money they will, of course, be given immediate access to the game. They will also receive all of their accumulated donor rewards that are available in the game at that time. Over time we will also add additional testers drawn from people registered on our forums and later, open testing to the public at large. The Steam launch is pivotal for us and is anchored loosely on how financial negotiations mature with interested parties, and how well the Alpha is received by our players. We’re in no rush to Steam, and it has always been our goal to have a well-established and highly refined product before heading to that market.

In addition to providing a new community schedule in the post, the team has also mentioned that the SHOGN network that hosts it will soon expand with four more games (albeit from other teams).

Finally, roleplayers should take a long look at the section on the character generator, which will ultimately be fleshed out not only with genetics (ads and disads, basically) and origins that matter during gameplay but also a profile system that blows most MMOs out of the water — if those other MMOs even bother with profiles at all: 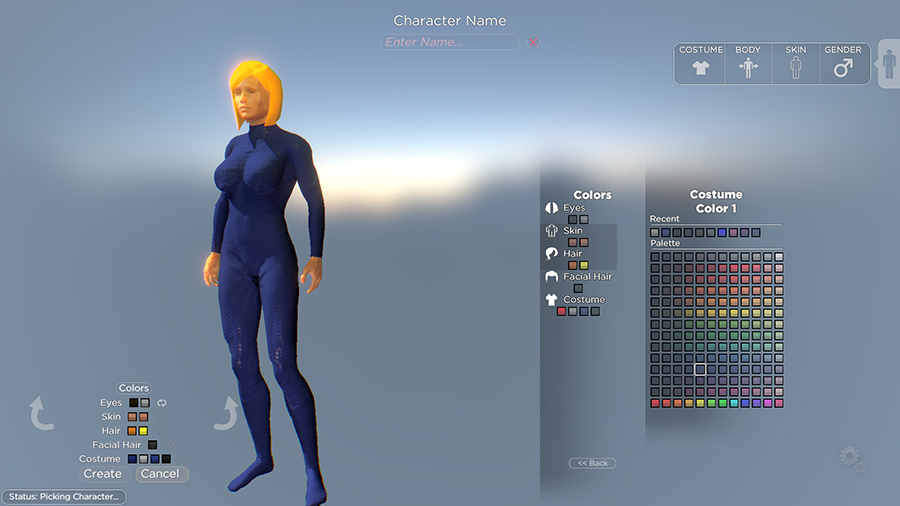