Are gamers really lonely? Do we flock to MMORPGs as a response to that? I’m pondering these thoughts today following the response of a call for screenshots that captured the emotional state of loneliness. There were several entries, which makes me think that being alone, even together, is something that’s often on our mind.

In this vein, Rees Racer has an example from — of all games — Winning Putt Online. Seriously.

“Despite several different modes of team play in Winning Putt Online, sometimes it’s just you and your putter left to walk off the 18th green after a round, wondering how it all went so terribly wrong,” Rees writes. Mental note: “Rees Writes” would be an interesting PBS kids-type show. 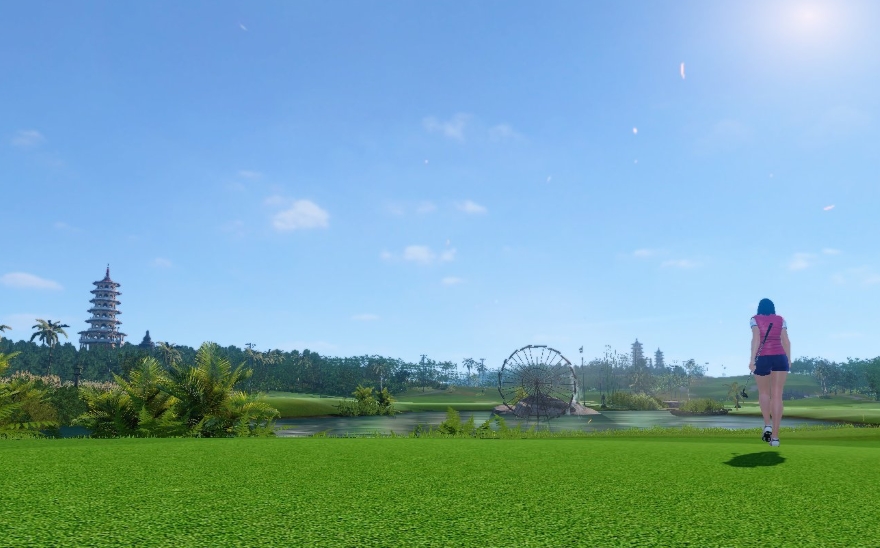 “I’ve been poking Trove this morning and I guess it is a palate cleanser type of game,” BalsBigBrother. “You run in, shoot some stuff for no good reason, collect stuff because it’s there, and then leave feeling a bit lighter in mood without really knowing why that is. Anyhow I picked a Dino Tamer to play because dino pets and an on-call dino you can ride. I mean, what is not to like unless you don’t like dinos — but then you would just be weird.”

I am not weird. 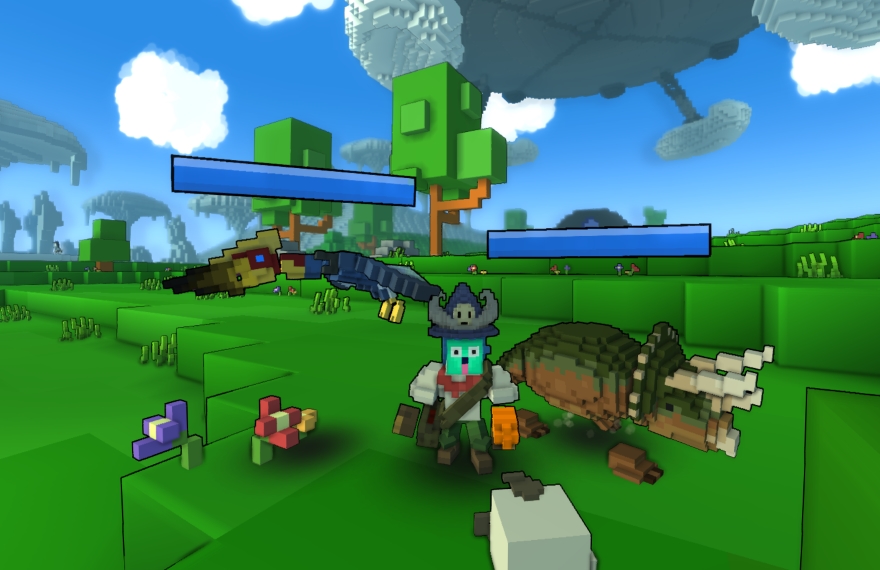 MySecretID sets this shot up for us: “In Star Trek Online, there are effectively two versions of Star Trek’s vacation planet of Risa. You choose which one you want to beam into when your ship arrives in orbit. A few winters ago, I was pretty ill, and feeling kind of unhappy about that. It was all sort of getting me down. I wanted to play STO, but I typically didn’t have the health or the focus to actually play.

“Instead, I used to log into the original Risa map and go sit on the seaside cliff you see in these pics, next to the NPC Vulcan woman. Being Vulcan (and an NPC!), she wasn’t much for conversation, but I used to sit there and watch the fake ocean in the fake sunlight, and listen to the fake breeze and the fake birdsong — and somehow, it made me feel a little bit better about being very sick in the very dead of winter. A lonely place? Yes. But not the bad kind. My own personal low-cost holodeck vacation, I guess!” 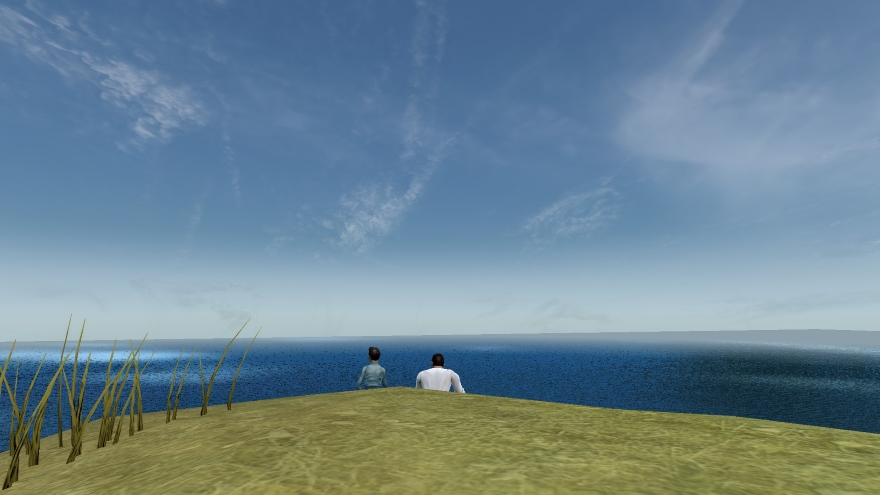 All hail Agemyth for representing Massively OP in the most unlikely of places!

“Here is a screenshot of my amateur attempt at making a Mo hero for the recent City of Heroes get-together,” Agemyth said. “The one I made for the event was rushed and not very accurate at all, so I had to go back after and at least put a little more time into it.”

I am still kicking myself that I didn’t think of doing this first. 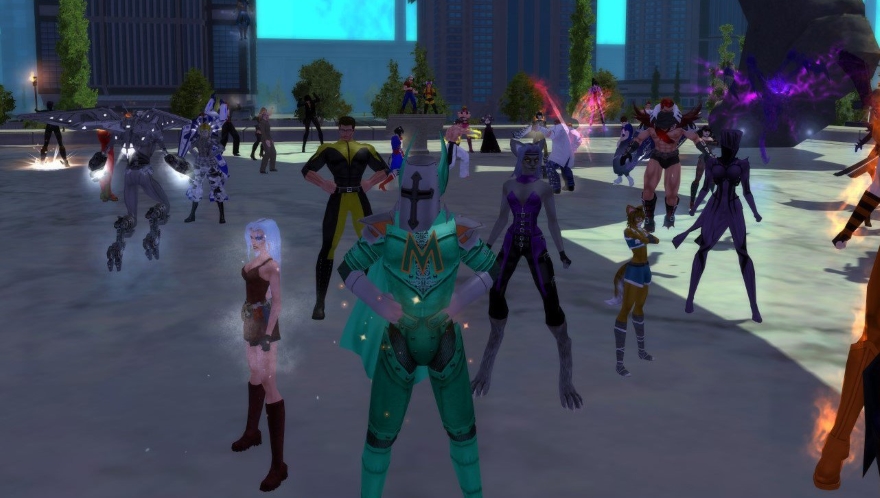 Lets go down for our last picture, down underground with Line and the grues.

“Here I am in the subterranean lake in Tangled Depths of Guild Wars 2,” Line said. “There’s a whopping single event in the place that nobody does, and it’s always empty of players (how many times have I seen people not even finding the entrance… not that complicated, but certainly spiral-y). I like massive underground caves, especially when it’s all overgrown and full of swamp water.” 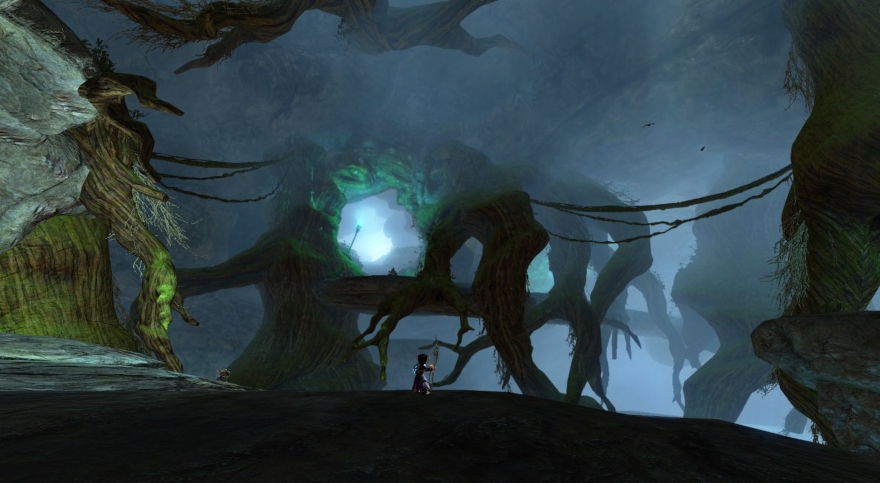 Oh wait, you want the new screenshot challenge. Hm. This week, let’s see if you can cobble together something along the theme of “before and after.” Maybe it’s a location that has changed over time, or the development of your character’s gear, or something to do with weather and time of day.

I can’t supply it myself, but can someone please show a before and after the Cataclysm of Thousand Needles in WoW?

Distracted this weekend by things here, so I haven’t been commenting or contributing as I would like, BUT I just wanted to share the following, for those who have not seen it.

I like to joke that I have an allergy to cuteness, but when it comes from a sincere place, I feel it. Kid, you are my little Star Wars: Rogue One … :-D

Lol. Awesome. Thanks for this. Star Wars is a phenomenon, and she is cute.

Thank you, this is the first thing i see in the morning and it is so cute ^_^

I remember seeing that picture featured in io9 a few weeks or so back. o.O

Doesn’t get any lonelier than Landmark.
The New Norrath was beautiful. I miss it.

Image One: The mountains in Super Adventure Box are serene, even in 8-bit.

Image Two: Just my group rollin’ down the river.

Image Three: Before, Leoric was the Skeleton King, now he is the Jolly Green Sea Giant!

Somehow, all alone in Conan Exiles, I still feel like I’m being watched…

That rock in the center does look like it could pounce. Lol

That’s not a rock. It’s a hunting blind.

Also, as per last weeks theme…

This week’s challenge just screamed for some before and after of Lion’s Arch! :D

Of course the image-scrambler™ has to put the patched up one, first… :D

“…before and after…time of day.”

I do believe Justin elected to have a bit of fun at my expense this week! I may be the only regular contributor who plays Winning Putt Online, but it qualifies as an MMO as much as many other games featured here: a common shared space, enchanted clubs, wacky outfits, and even an auction house.

In the spirit of this week’s challenge…a day/night side-by-side shot of the 1st hole on the Breezy Hill course. You can set up a round either during the day, morning, or evening…under the lights. Randomly (about 5-10% chance maybe), it will rain a hole or two…seriously affecting the run of the ball.

Thank you for your kind words. They speak volumes about your empathetic good nature, and I definitely appreciate them!

Thanks also to Justin for the feature; it was nice to get something entertaining out of a fairly crappy time in my life. :-D

Best to you both. Be well!

…to which the character model “upgrade” made me age significantly and not very gracefully. :(

Is there a difference? :(

Thank you for supplying a good picture and glad you like it :-)

All my Gnome alts (I love them) somehow lost their innocence when that happened. Sad day. :D