Do you have inventory management with the passion of a thousand burning suns? Have you lost most of the vision in your left eye from squinting at rows and columns of tiny icons and their descriptive text? Do you feel like you’ve wasted a month of your life doing nothing more than shuffling around fictional items in your fictional backpack?

MMO Gypsy wants you to know that you’re not alone: “After 15 years of MMOing, I do not know a single MMO player who enjoys spending time sorting and moving around inventory; limited storage, tedious micro-management of too many (useless) items and having to move around inventory that’s bound to location, are decidedly unfun activities after a short time. This is not the kind of mini-game I want to spend my precious time on while playing games!”

That rant kicks off a great string of MMO blogger posts today, including a check-in with World of Warcraft clones, a look at pet classes, and the birthdays of two long-running games. 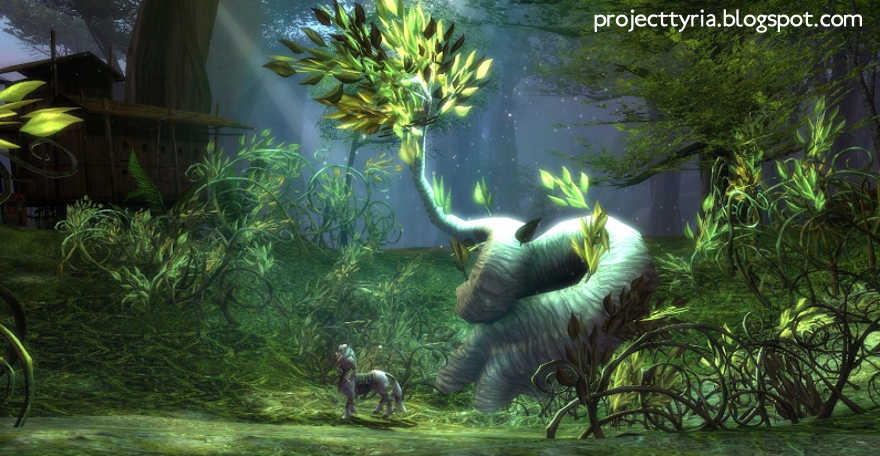 “The game has lost none of the charm for me, though, in all my years of playing. When I venture out, especially to take pictures, I find myself getting caught up in the world. Sometimes it’s collecting trophy items in pre-searing and other times it’s just finding a beautiful spot in the snow of the Shiverpeaks or admiring the shadows made from the leaves on autumn trees in the Northlands.”

“Basically, crafting is broken because all other options available to get in-game currency take keyboard effort (gathering, grinding mobs) whereas crafting does not. And, having reflected on that, it is 100% true. Just as in real life, the people making bank aren’t those doing the work, but the ones working the bank.”

“Another divide is that MMO pets tend to require a lot of micro-management, at least in group content, whereas single-player pets and companions are almost always fire and forget. I definitely do not want to have to spend a lot of time baby-sitting my pets — that defeats the purpose as far as I’m concerned.”

MMO Bro: Checking up on the WoW clones of yesteryear

“The years passed, and eventually the procession of new WoW clones slowed down. Nowadays MMOs aren’t as afraid to forge their own paths. But most of the bigger WoW clones are still chugging along. Now that the fad is passed, it may be interesting to look at how these games have fared over the years, and whether they’ve stuck to their WoW clone guns or started to establish identities of their own.”

The Ancient Gaming Noob: Return to the land of the ten-dollar horse

“Runes of Magic was kind of a big deal when it launched eight years back. The game was an Asian MMORPG title built in the style of the then current and popular Western model. Up until then there had been a pretty solid divide between East and West when it came to MMORPG design. Asian games were were pretty but very grindy while the West favored… well… the theme park aesthetic where quests quite you through the game.”

Gaming Conversations: Looking back on LOTRO

“The things I miss about the game aren’t really about the game at all. They’re about the people who play the game. The people are what make an MMO great. Not the graphics, nor the size of the landscape, nor the dungeon design. The people. Thank you, LOTRO, for being the medium through which I could meet and get to know all of these amazing people.”

Every day there are tons of terrific, insightful, and unusual articles posted across the MMO gaming blogosphere — and every day, Justin reads as many as he can. Global Chat is a sampling of noteworthy essays, rants, and guides from the past few weeks of MMO discourse.
Advertisement

The inventory system is the reason I can’t get very far in Path of Exile before uninstalling. But it’s also bad in ESO and every other F2P game out there (Revelation, Neverwinter, etc).

I don’t know what is worse… the inventory/retainer system or the accounts web pages.

These three are simply evil in their inventory systems, making me dedicate way too much in-game time to playing the inventory shuffle mini-game. Hard pass.

Guild Wars 2 used to be the top offender to me for this. They have, over time, streamlined quite a bit of dealing with inventory trash. Its still annoying, though there are much worse offenders. Neverwinter takes the crown right now… that game is designed to get you to drop copious amounts of money on additional bag storage.

I don’t agree with the CraftCraft blogger. Giving all the people all of the crafts is not going to make crafting worthwhile. It will also never get all the people to craft and you will almost always make better bank on mats than crafting.

In order to make crafting worthwhile, its value must be built into the system. If you can always buy good or high quality stuff without crafting then that is what most people will do. If crafting has some exclusive good stuff, then you’ll get people crafting or paying a crafter for their work.

i want to bring back dedicated crafting as a class. in a game where pretty much all gear of value is crafted. with an economy designed to sustain crafters in their efforts.

trying to explain this to my game dev partner he’s like “we need to give crafters combat abilities” i’m like why? if they want a combat class they can roll a combat alt. most people who want to craft want to do it exclusively. they don’t want to raid or siege or pvp, they want to be satisfied that it was their crafts that were instrumental in securing victory in those scenarios.

The only way crafting could ever be profitable, is if the materials were account bound on pick-up but the finished goods were bind on equip. Since this isn’t normally how its done, the raw materials will always hold just about as much value as the sum of their parts already crafted.

Where oh where is our beloved MJ to comment on inventory management? *whistles innocently*

The inventory system and item overload in Marvel Heroes is the single reason, I don’t play this game anymore. Such a chore, too many collectibles. This game is a hoarder’s nightmare.

same
and i don’t even realyl hoard. :(

Yup, I tried to play it again after being gone for a while and when I saw my inventory, I logged off.

This is why I gave up on Rift.

I think the first sentence has a mistake? Shouldn’t it be:”Do you hate”?

That being said I really never had issues with inventory systems overall. As long as I can have options to place them how I want. Maybe I just got lucky with the games that have stuck with me though.

My FFXIV inventory mostly consists of “what is this thing that has the same icon as 7 other things also in here, and what’s it used for?” I clear it out, run a few roulettes, do some questing, and suddenly have bags full of random stuff again.

Then there’s two retainers with more inventory of the same stuff, some of which probably is duplicates because there isn’t a way to have both of them open at the same time to figure out who has what.

Then I have to try and find one of those things to craft something, which of course can’t pull from a retainer’s inventory automatically because reasons…

Yeah, this pretty much sucks. Oh, and then there’s the stuff that literally has no purpose except to sell for gil. Why does that even exist? Why not just give me the gil directly?

I hate that so much. A sea of icons, many so similar you need a magnifying glass to tell them apart. When did this become a standard? At least way back in Everquest, you could just press ALT and all the tooltips for all the items in your bags would show! No more hovering over each one trying to find just the thing! Actual text that you can actually read in a split second instead of trying to decipher blobs and hover over every one for 1 or 2 seconds… ugh!

When did this become a standard?

AFAIK when devs decided that a mass of item icons was more immersive than a list.
Myself, I prefer a self-sorting (according to type, then quality, then name) list of item names, optionally with a small icon to the side of each item.