In tossing out a screenshot challenge last week revolving around combat action shots, you’d think that this would be a piece of cake. After all, we do fight a little bit in MMOs, right? But it turns out that capturing a good-looking combat picture is really difficult in the midst of the chaos… unless your MMO is set up for it.

“I hardly ever take screenshots in combat,” said Zyrusticae. “Usually too busy being distracted by actually playing the game. But Warframe’s Captura tool certainly changes things in that regard. Wish all games had something on this level. I need to jump in and take more screenshots!”

It is pretty sweet! Definitely second the motion to port this over to all MMORPGs. 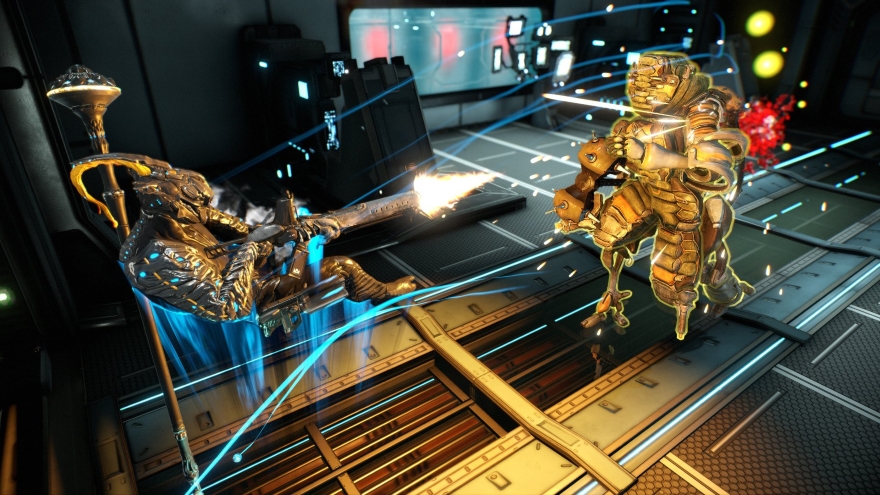 “The only thing harder than realizing my husband cared for the cause more than me was realizing that I loved the mission more than him. That thought, more than our last kiss, was the real parting shot of our final farewell. That I would let him go again, knowing now he wouldn’t return, bears heavy on my conscience. My heart holds half a regret, buoyed by a certainty that this is what he would have wanted: A chance to help secure our people’s future, even if it meant leaving those he loved behind to mourn.” 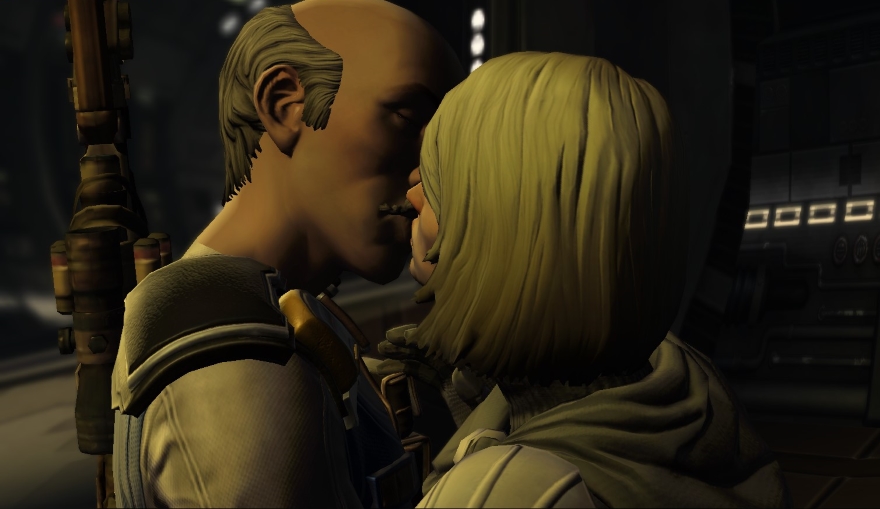 “Good shots of your characters in mid-combat?” Rees Racer came to the rescue. “I’m not sure any MMO does combat better than TERA. It’s a constant visceral thrill. I think my favourite character is still my perfectly coiffed, blue-hair High Elf Gunner. In my mind, occasionally, she seemingly has a female version of Tony Montana’s Cuban accent: ‘Say hello to my little friend!'” 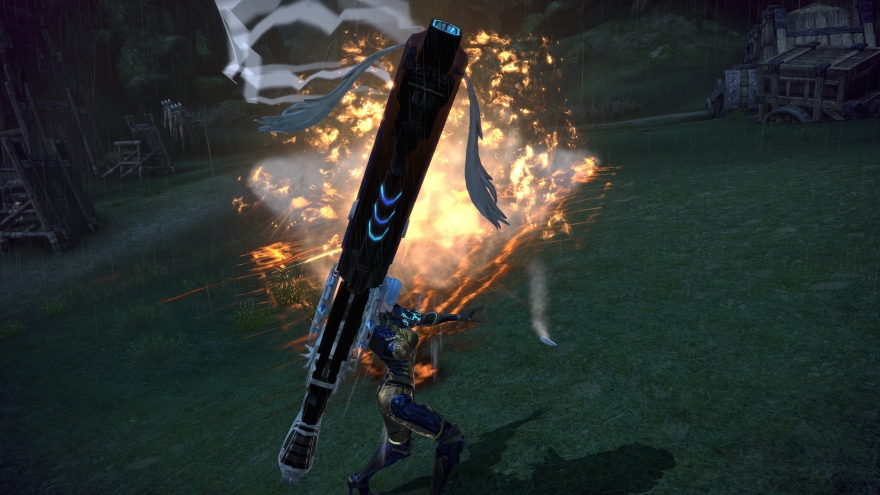 Guess it’s just the week for high-tech characters firing off big guns! Reader Steve is fresh off the dropship in Firefall, blasting away against foes and any possibility of this game’s demise. Fight the good fight there, Steve! 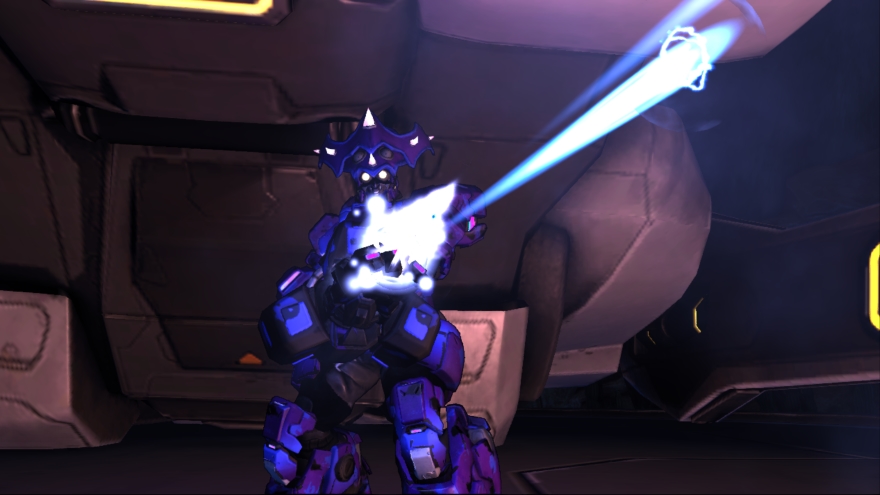 Koshelkin perfectly illustrates in Black Desert why it’s so hard to capture a good combat screenie. The mobs never cooperate, since they’re more concerned with smashing your face in than looking photogenic and smiling just right off to the left of the camera lens.

“Coincidentally (really) I took this one today while fighting scroll bosses. It came out quite OK considering it’s hard to make good combat screenshots, at least outside of filming others from first person.” 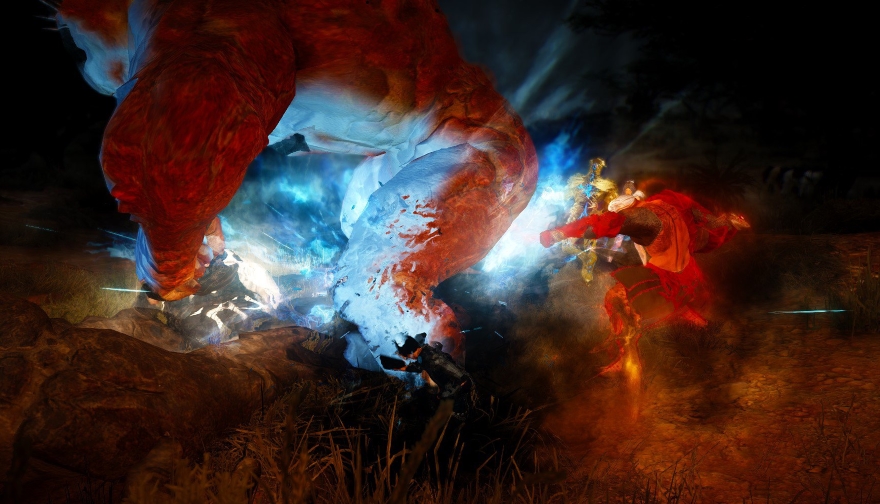 Let’s go to the romance well for this week’s screenshot challenge! You can post pictures of your characters on a date, getting married, or scoping out that cutie from afar. But seriously, that NPC is not that into you. You should let that go.

You know, Justin, it occurs to me that a lot of MMORPGs don’t make that sort of thing terribly easy, for all their claims of roleplying potential.

Most of the MMORPGs I’ve played don’t even feature a proper /kiss emote by default — it’s always some sort of jaunty /blow a kiss emote instead, hardly suggesting love or passion.

The significant loves I can recall for my characters from games almost all come from single-player games:

I was completely smitten with Liara T’Soni in the first Mass Effect game, and later romanced the hidden-but-not-forgotten heart of tough-woman Jack.

Lydia (a.k.a. “She Who Stumbles Into Every Trap Within Fifty Miles”) from Skyrim, also comes to mind, as well as my bride from Fable II, who just happened to be undead-ish. :-)

Say what one will about Peter Molyneux, I still think highly of the NPC/relationship systems as portrayed in Fable II.

Beyond this, there’s Knights of the Old Republic, of course, but I’m seriously wondering, Justin, if any MMORPG not at least partially focused on romance (e.g. Second Life) actually offers much to support character romances with game characters? Even SWTOR’s romance system is largely based around bribery (i.e. gift-giving), and beyond a cut-scene or two, it’s not like your NPC love’s default responses while playing ever widen to include affectionate asides, or the like.

Shouldn’t SWTOR at least have a /kiss my npc bae emote which triggers a mini-cutscene camera moment, or something? :-)

Anyway, I’ve always joked that my main in Star Trek Online and his Vulcan XO are secretly in love with one another — but he’s so honorable and duty-conscious, and she’s so Vulcan, that they’re as useless at expressing this to one another as pre-teens at a school dance. Everybody else on the command crew knows that they adore one another — maybe one day they’ll figure it out for themselves. Maybe in a future episode? Stay tuned! :-)

Vulcan’s in love. Lol. It is illogical Jim!

…Yeah, you can do pretty much anything in Second Life. Including a romantic shower with your partner…

The dude is wearing his glasses in the lurv shower? That’s almost as bad as guys who leave their socks on while they make love! :-)

I have reading glasses and I never wear them in the shower. They fog up, or get covered in water, or slide off my face when wet, so wearing them in the shower doesn’t really help me see anything. That was my point there — does everyone else wear their glasses in the shower, and I just didn’t know this?

On point two: yes, take off yer socks before making the love. It looks damn dorky otherwise, and many women notice this, believe me. We regular mortals may not be male models, but we don’t want to lessen our attractiveness to our partner(s). :-)

Well I have two pairs of glasses one ratty pair then I wear in the house and one that looks much nicer for when I go outside.

The ratty pair pretty much never leave my face when I am in the house to the point I fall asleep wearing them and wake up with them on (mostly). Plus honestly for me the difference between foggy lenses and my eye sight without glasses isn’t that great so ….. :-)

Right about this socks thing what about if I wear really classy socks with sock suspenders like a true gentleman, surely that is ok in any circumstance? hehehe :D

Wait, there was a dude in the pic? Lol

Hmm… I think, I really want to see your necklace. LOL. (oh come on mods! It’s a legitimate statement. The necklace is obstructed.)

Your lasts few posts from Second Life have changed my perspective and increased the room temperature in my office.

it’s a lovely ornate cross made with my birthstone, the Peridot

it’s the greatest virtual world ever made… maybe that ever will be… you can do anything, make anything, with powerful but simple tools, script them so they behave as you wish, import your own textures, video, pictures to make them look as they should. With little or no supervision or restrictions.

…a Goblin’s love affair is never made of flesh.

…and a Gnome’s is meant to be one of being alone. But perhaps with a trusty cat. <3

That sleeping orc, he is asking for it, kick him!

No kicking Orcs. As the player character are usually given a truncheon to hit them hard with when caught in such a disposition. As in…

My wife and infant son join some friends for a neighbourhood apocalypse watching party. Such a view and pretty colours. Very romantic.

I’m back with a vengeance. Back to BnS that is.

So given captions are a little difficult to do here at the moment. Here are a few pic picks of my week in MMOs.

In fact below are the captions for each pic. You get to decide which caption goes with which pic!

B. “Is that a frog in your backpack or are you just glad to see me?”

C. “No! This is not what meant by shaking the dew off your lily!”

Another game which i wish there is a Tourist Mode for it, looks beautiful.

Indeed. It has gotten better and better on that front. All MMOs should have a tourist mode.

( sorry nothing to see here)

EDIT oh for the love of ……. I post two pictures in this post and it swaps the order so I delete. Figure it is putting them in reverse order, so first picture last, last picture first and when I post again below it doesn’t swap them. Friggin picture roulette, SIGH!

or scoping out that cutie from afar.

Ghost Recon, Wildlands? Heh. I just might need this game. We all have a little inner sniper in us, don’t we?

Yeah, I went through the same frustrating process as you and discovered it’s completely random. Hope they fix it someday. It makes adding descriptions a real pain, unless of course your description is “Here’s a bunch of random stuff .”

I’ve tried that too. To no avail, back when you were still allowed to delete whole comments in the first 15 min.

I’m calling it ever since image-scrambler™, hold by WordPress!
Maybe you have to pay those mafiosi extra to opt-out! ;P

Cool! What game is this cap from?

ESO – this is a city in Morrowind

Ah, that explains it. Haven’t been in Morrowind yet. Beautiful.

I spent a lot of time in it about 15 years ago, so the whole place is full of memories. Balmora here is where I spent the most time.

I think this is a good interpretation so far – and the best part is the cliff racers aren’t as big of a PITA.

Now I want to check out ESO again, I loved Morrowind back in the day.

Very nice cap. I have to be honest, I’m not sure I would cross that wooden bridge. Lol

Even though you occasionally witness some rock slides on that mountain pass, it’s not nearly as dangerous as the jumping puzzle found in the Silverwastes, remiding me of the original Caminito del Rey in Spain before its renovation! ;P

Not unless you know the airspeed of a swallow, at least! (sorry, couldn’t resist the reference).

friday night shane nelson and i drunkenly drag raced at the air field north of los santos. i think i won only because i gave myself a headstart by accident. XD

HOTS nexus challenge last week gave 10 overwatch boxes for free, so i hopped in there to open them and got a nice sombra skin. i don’t play sombra… i don’t evne play overwatch anymore, but it is a nice skin. XD

If I start playing Overwatch, it is squarely your fault. Lol. Nah… I’ll stick with Paladins for my quick fix.

I’m starting to think that GTA Online is the most underrated MMO out there, btw.

hehe. i don’t really play overwatch anymore becuase arena fps just isn’t my thing at this point in my life, but it is a cool game.

and gtao is pretty great really. it’s probably the freshest take on the genre since wow launched 13 years ago. to the point alot of people don’t consider it an mmo becuase too alien to them i guess. :P