It’s been almost a year now since non-expat Americans were able to play Niantic’s Pokemon Go. While we’re naturally seeing birthday rumors, the game’s unique position in gaming has led to continued lawsuit issues over AR and Niantic’s struggle with moderating its content.

Rumors of a shiny Pikachu are being linked with both a brief “one-year anniversary” line of code that was recently datamined and news that Niantic will release a “rare Pikachu” at ACM Siggraph.

Meanwhile, the lawsuit between Candy LAB AR and Milwaukee County that we previously reported has led to the two sides exchanging words, none more damning than those of the county:

“[Candy Lab AR’s game, Texas Rope’em,] has no storylines, no characters, no plot and no dialogue. The player simply views randomly generated cards and travels to locations to get more. That is not the type of speech that demands First Amendment safeguards.”

Milwaukee County further claims the game is an illegal form of gambling that isn’t protected by the First Amendment. Pokemon Go just barely contains story, characters, plot, and dialogue limited to its extremely limited tutorial and UI options. However, the gambling aspect even with POGO isn’t entirely off considering what HearthStone has recently done in China in terms of not revealing the odds on cash-bought containers.

As we’ve previously written in a feature on lockboxes and gambling, several Asian countries are at least trying to curb players’ habits by requiring this, though Texas Rope’em is more of a direct reference than PoGO‘s incubators.

Finally, a POGO player trying to help fellow trainers asked Niantic to slightly move a local gym. Niantic representatives asked for more information before simply deleting the gym, contrary to the player’s request, a move that may actually scare players away from providing this kind of feedback in the future. 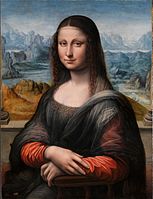 According to the fine lawyers of the county this painting has no first amendment protection. It has less plot and fewer characters than pokemon go! And there’s no audio component either. Busted!

If that’s what they’re going to stand on why not remove the AR component entirely and have it be a regular old pokemon game that recognizes your GPS coordinates. What is the county going to do then?

I also dispute the first line of Ars Technica’s writeup. As dumb as they are, I can’t believe the county is arguing people are required to go to the park. The game certainly doesn’t require it.

This just brings up the same issues from months ago. In the olden days, you were required to go to the theatre to watch a movie. And maybe cutting through the public park got you there faster. And maybe you trample the grass or throw away your box of candy on the way because the theatre doesn’t allow outside food. Do you sue the theatre or the distributor of the movie for littering in your park?

“Finally, a POGO player trying to help fellow trainers asked Niantic to slightly move a local gym. Niantic representatives asked for more information before simply deleting the gym, contrary to the player’s request, a move that may actually scare players away from providing this kind of feedback in the future.”

Or maybe, just maybe: Niantic would rather completely remove something that might lead to accidents instead of just moving it slightly. Look at it from their point of view: They move it slightly, and there is an accident where someone is badly injured or even dies. Then it will be on them for not “moving it to a safe place”. It is surely better to simply remove gyms from areas where there shouldn’t be gyms, instead of just moving them a little bit.

I doubt it would scare away any player that actually thinks a step further than their own little bubble.

I’m actually the person who made that thread. I provided screenshots where the Gym currently was on Google Maps and showed, with coordinates, and the location where the Gym could be safely moved (also included in the screenshot, which said screenshot clearly showed a baseball field and the parking lot next to it). It was completely safe. Been there dozens of times now to spin the PokeStop that’s in there. Accessible by both foot and vehicle. Extremely low traffic. The field is barely used except by a few old timers or young kids’ teams whose primary baseball field (down the road) is closed due to other baseball games going on. While I completely see your point, I did do my homework on this. I provided them with the screenshot they would need, and exact GPS coordinates they needed. It was a simple drop of coordinates into Google to see that I wasn’t bs’ing them. Simply put, they didn’t care. I and every other player who saw this occur have vowed to never report a Gym issue to Niantic again. I even requested then if they could take the PokeStop already at the baseball field and turn it into a Gym (we’ve lost now 2 Gyms since release, and only gained 1 in the re-work) to which I got a basic copy and paste reply (the reply I posted in the thread). On top of it all, the players in the area now keep me out of their raid activities b/c I was the one who reported the gym, so I can no longer enjoy Tier 4 raids as we never get enough players for them out here except if this group rolls in. Niantic completely screwed me over and didn’t seem to care in the slightest about it. I’ve never had such a sour customer service experience in my life, and that’s really saying something…

Since I don’t want the NIMBY politicians to prevail here, I was slightly encouraged at the “That is not the type of speech that demands First Amendment safeguards.” IANAL, but my understanding that the First Amendment protection does not depend at all on the quality of the speech. Vile, incorrect, racist world-would-be-better-off-without-it speech is covered. The obvious Godwin comments that would be illegal in England or France are protected in the US.

The Supreme Court ended its term with a vigorous defense of free speech, striking down a California law that banned sales of violent video games to minors and effectively shielding the entertainment industry from any government effort to limit violent content.

“Like books, plays and movies, video games communicate ideas,” said Justice Antonin Scalia in his majority opinion Monday. And he said there “is no tradition in this country of specially restricting children’s access to depictions of violence. … Grimm’s Fairy Tales, for example, are grim indeed.”

The decision, coming on the term’s last day, highlights a consistent theme of the high court under Chief Justice John Roberts: Freedom of speech is almost always a winner, even if the context is unusual.

So video game makers have unfettered access to show violence to minors but the Milwaukee lawyers say Pokemon does not deserve that protection?