END_OF_DOCUMENT_TOKEN_TO_BE_REPLACED
Digital Extremes’ reveal of a more open world with landscapes nearly brought down the house at TennoCon 2017, but that may not be the most important moment for one couple. (Or maybe it was, we won’t judge!) Player Brutallama (aka Dallin Heninger) took to the stage for a brief Q&A session, but then told the panel of devs that the question wasn’t for him. He got down on one knee and proposed to Todosplatano (aka Callie Wandell) in front of the entire convention and a massive live audience. She said yes.

The happy couple has six years of Warframe gameplay between them: four for him and two for her. Heninger admitted that the two had discussed marriage before, but the idea for popping the question at the convention was formed only three hours before it happened. Friend TKanimefreak (whom they just got playing a month ago, and look how he repays them!) then made the suggestion it be done on the stage, and with the help of Live Operations and Community Producer Rebecca Ford, the moment became a part of TennoCon history.

The couple is planning a September or October wedding, but there’s no word on whether Warframes will be acceptable wedding attire. A big congratulations from Massively OP! 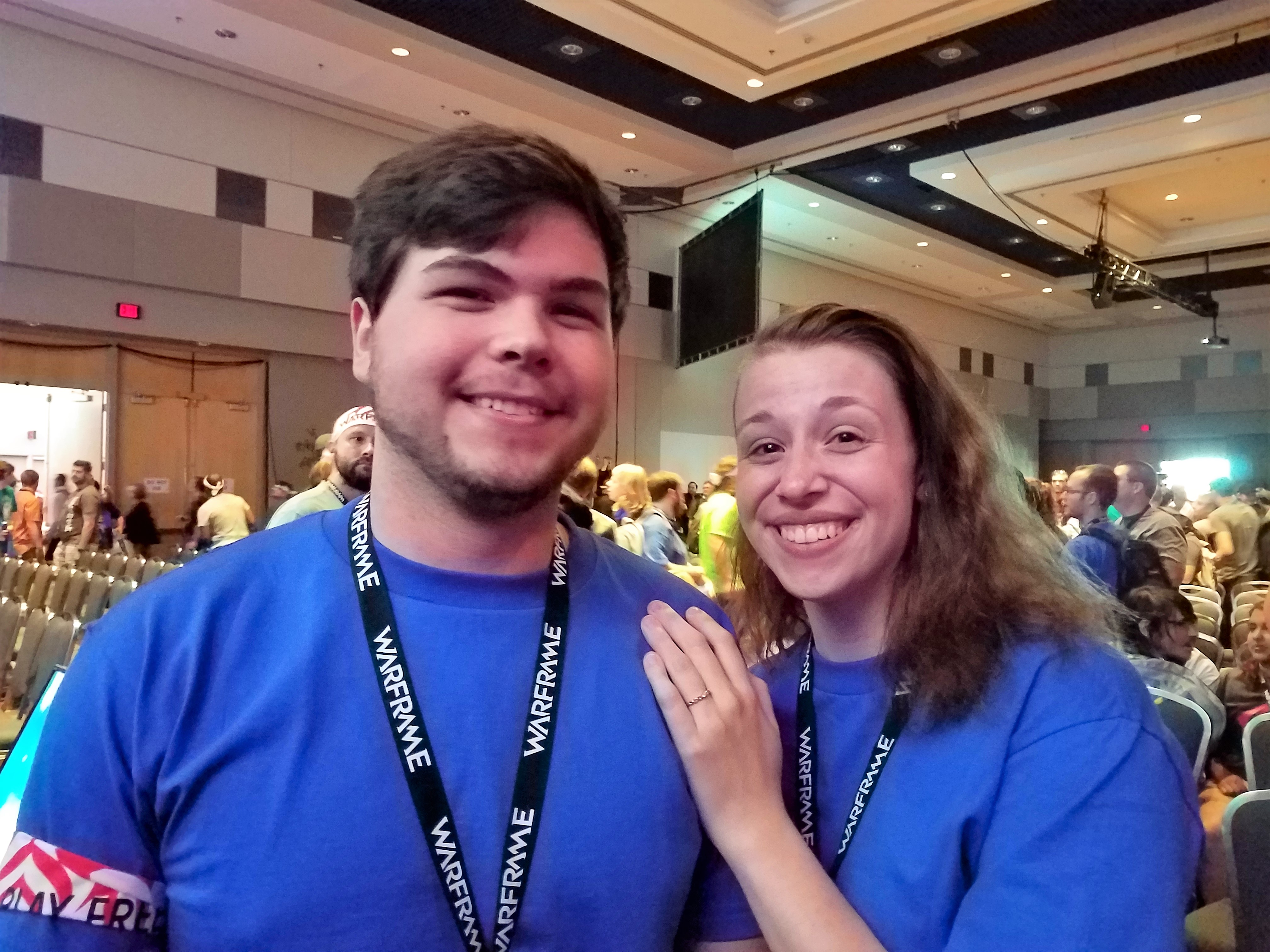 Disclosure: In accordance with Massively OP’s ethics policy, we must disclose that Digital Extremes paid for our writer’s travel to and accommodation at this event. The studio has neither requested nor been granted any control or influence over our coverage of the event.
Advertisement