Do not go gentle into that good night forever,
Old MMOs should burn and rave at close of day;
Rage, rage against the dying of the server.

Now that I’ve well and truly butchered a classic poem, I’ll turn the funeral proceedings over to Ralph the Wonder Llama, who has these kind words to say about the recently deceased: “Well, at least it’s finally official. Rest in peace, Firefall. You will be missed. Ares 35, signing off.”

Is it just me, or is anyone else getting Tabula Rasa flashbacks? 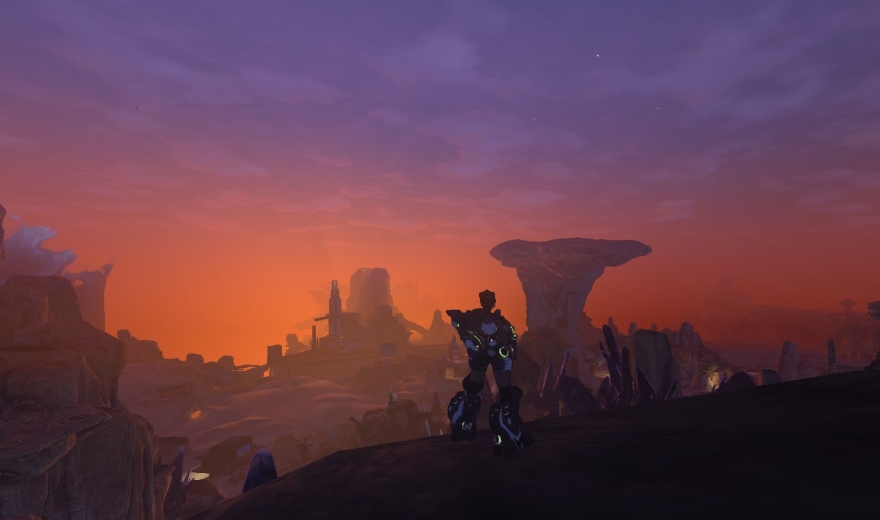 Y’all didn’t need much encouragement to try to creep each other out with pictures of oversized insects from MMOs. Then again, that’s like 27% of what we battle on a daily basis. Nobody feels bad about squashing a three-story flea.

“You can always rely on TERA to make things a bit (or a lot) larger than normal,” Rees Racer said. “These Ovoliths are spider-like BAMs near the Sinestral Manor. My Valkyrie seems unimpressed, however, and the fate of this beastie (and several others in the surrounding area) is assured.” 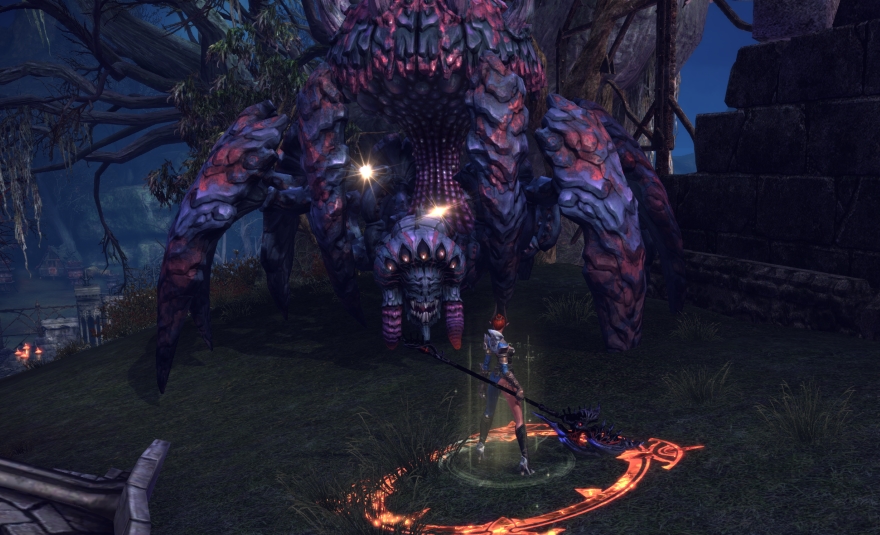 “So after almost four years of playing in The Secret World, I finally got around to creating some alts to see how the other two-thirds live,” Hirku shared. “It was a real trip to just stroll into the ‘enemy’ HQs and see characters and scenery I haven’t seen before. I’ve got them parked there with their tutorials all done, ready to be activated when I need some variety and *cough* daily marks *cough*.” 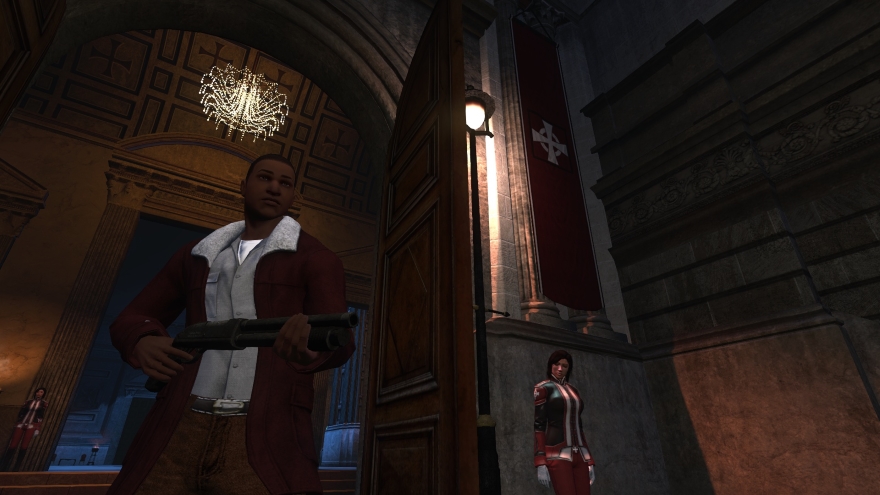 Try to pick up your jaw from the floor and stop staring at this Final Fantasy XIV pic from Kawaii Five-O.

“Here I am taking in the sights of Stormblood while playing with /gpose. I took a ton of screenshots atop the inn roof, since it took me a while to successfully get up there. I’ve yet to attempt hopping up Kugane Tower, as I’ve heard it’s much more difficult, and I had a hard enough time just getting on top of the inn. However, the scenery and private baths were certainly worth the effort!” 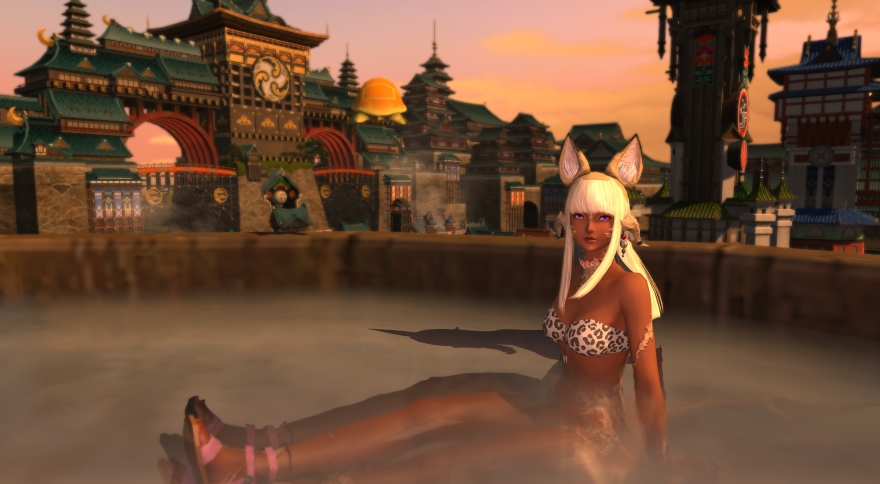 Star Trek Online certainly has the full range of ship scales, from the very small to the ludicrously massive. Captain Jon Sleeper showed us both in this one picture: “Well, this ship sure makes me feel like a bug. That’s the Universe-class, about 3km long, next to my new T6 Connie, the USS Journey.”

As an odd Star Trek aside, the other day I was watching an episode of The Next Generation and was struck by just how 1980’s looking that ship’s design is. That’s not bad or anything, but it’s a little amusing that a futuristic ship is so emblematic of a past iconic decade. The Universe design is just silliness. 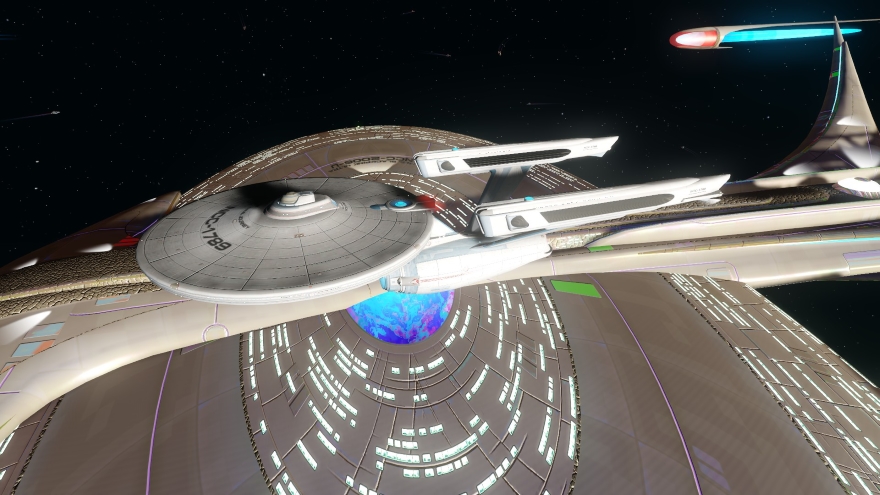 This week’s screenshot challenge is to share a picture of your favorite MMO biome and explain why you prefer that over the others!