END_OF_DOCUMENT_TOKEN_TO_BE_REPLACED
The sixth and final episode of Guild Wars 2’s third living world season launches on July 25th. We’d like to tell you more, but the announcement is literally one sentence and one image long. We don’t even know what it’s called yet. (But the image is a good tease!)

That could be because ArenaNet has been working hard to solve the connectivity problems from earlier in the day, or it could be because it doesn’t want to spoil something amazing. Either way, the hard date on the finale should get you excited since ArenaNet’s previously discussed the expansion timeline to follow, not that we know anything about that from anything but leaks either.

Totally lost on the living story? No problem: Massively OP columnist Tina Lauro Pollock posted a lengthy recap of the whole season just yesterday to catch you back up. Don’t forget to log in before the 25th to lock in your claim on the current episode! 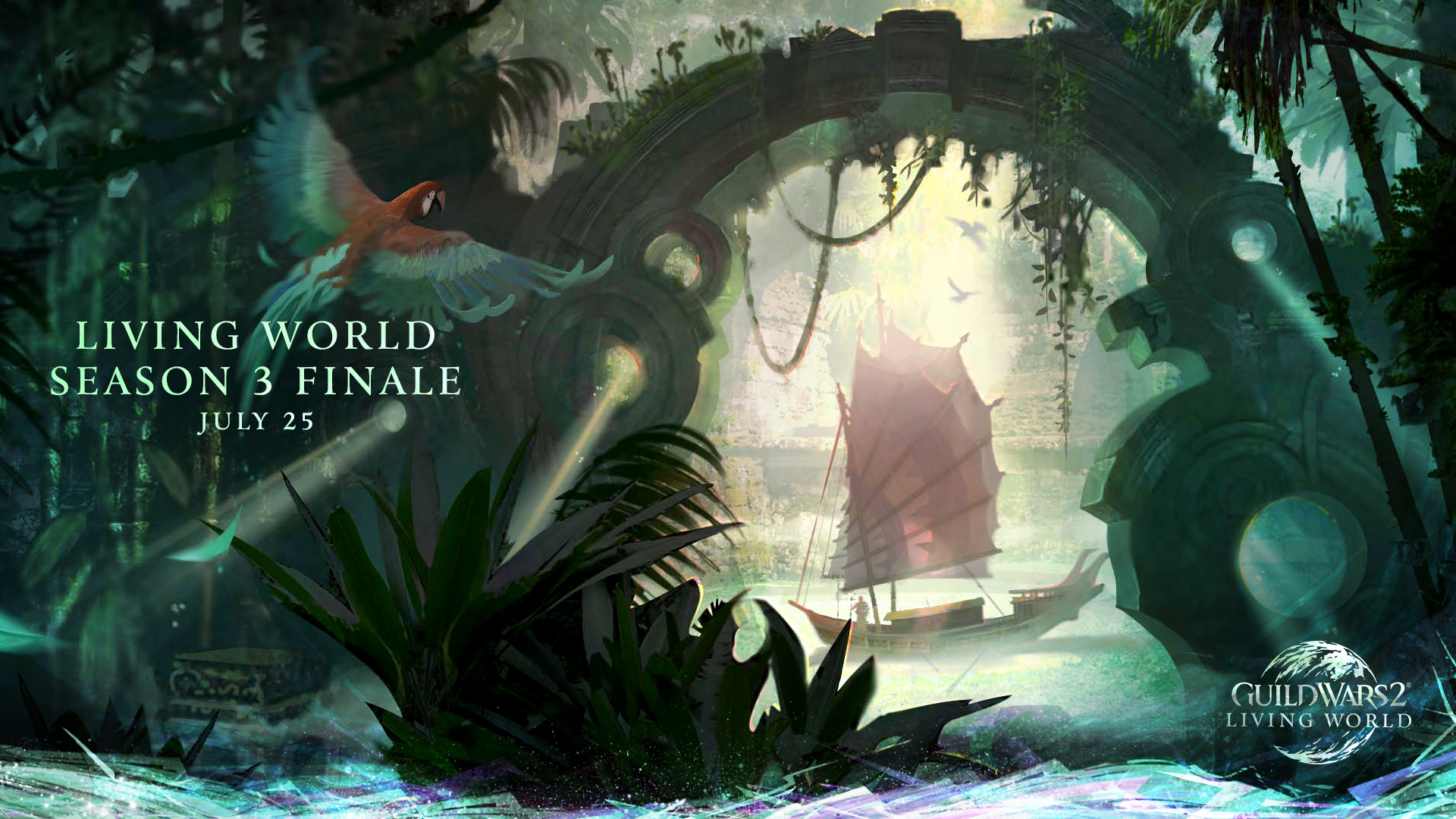 oh shiiiit, I really hope this is a cleansed orr map. I love orr and this would be just incredible.

I dusted off my GW2 account a week ago, then saw the leaks of the upcoming expansion, and heard about this… I only have 2 seasons and an expansion to tear through! If GW2 holds my attention, I’ll be busy for awhile!

Any one else having trouble logging in?

I’m glad we have a date, I find that reassuring; tack on another three months and you’ve got a Black Friday release which makes no sense since people are will expect (and rightfully so) to see all price tags greatly reduced so it’s either going to be super late in December or right around the release of Heart of Thorns.

It might not be Orr, more likely it’s an off shoot colony that was abandoned when Orr sank into the ocean due to losing support, this is probably a stepping stone to Elona some where in the Scavengers Causeway.

What why know? How did this happen?
I mean I’m glad because I’m in London till July 22nd :3

I hope they realy went all in with this one and created a map with a reason to play, some new music and assets as well as a few new skins beside a backpack. Maybe I’m asking for too much but I’m really excited about this one. I might not play Gw2 that often anymore but it’s still one of my all time favourites.

Sounds about right. PAX Prime is September 1-4th. The official announcement should take place with a release date.

Gives me enough time to get in some play before I won’t be able to log in for a short while.

I’m excited for this episode. I want to see where the story leads, and I’m curious to see what the next legendary weapon will be.

I did not expect to be going to Orr, even if it’s a new part of it. I thought this season would follow a formula and return to the Shiverpeaks for the new map. I much prefer this instead.

I’m curious to see what the next legendary weapon will be.

That or one-handed sword. I want longbow the most though. I hope I love it.

Focus and you know it. First one was an ugly harp. Second one will be an ugly kazoo. Maybe a triangle.

lol. I have the Minstrel too. The model is pretty poor, but its effects are great. I’d love another musical-themed legendary.

If we’re going to Orr, this might be the best episode yet.