END_OF_DOCUMENT_TOKEN_TO_BE_REPLACED
I played the Morrowind expansion for Elder Scrolls Online to death when it was sitting on the test server. But oddly, it was a bit more of a struggle to compete on the live servers. Despite this, I believe that Morrowind is a wonderful addition to ESO, and I am looking forward to seeing future content like the Horns of the Reach.

Now that we have all had a couple of months to get through the Morrowind content, I believe that it’s safe to talk about some of the spoilers, especially since the thing that bothered me the most about Morrowind was the main story twist.

This is your warning: Beyond this point, I will probably spoil everything for you. Turn back now and finish the main story for Morrowind or risk being spoiled! 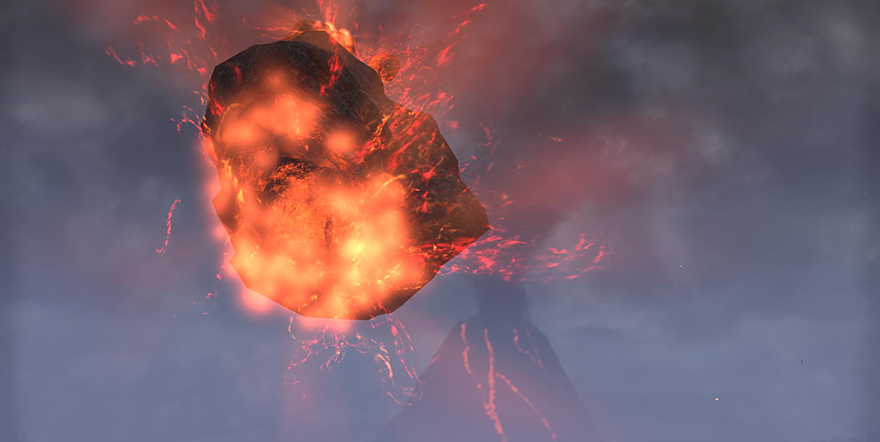 Yet another Daedric Prince

Before I get into the details of why the twist in Morrowind bothered me, there are a couple of characters that I need to introduce you to. As is often the case, one character is a Daedric Prince, and the other is his companion.

Of course, that’s not how it works.

Clavicus Vile is more like the terrible genie from the lamp. Sure, he grants wishes, but those wishes are never exactly what you’re looking for. There is always a catch to every wish that you make with him. And Barbas is a very loyal dog. In fact, given what I’ve seen of the character, I would think that Barbas actually was a dog at one point that Clavicus Vile granted the ability to shape-shift. When Barbas made an appearance in ESO Morrowind, it didn’t click with me who it was until I saw him as a dog, despite his name being mentioned multiple times before then. 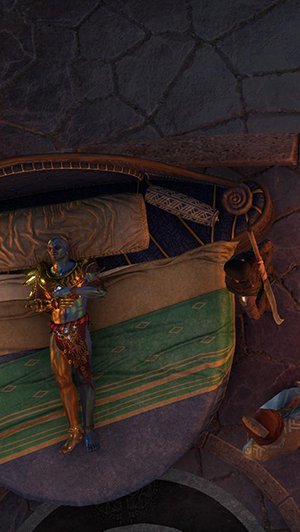 A great twist is one that you can actually see coming if you are paying attention, but it blindsides you anyway. At one time, M. Night Shyamalan was the master at this with Sixth Sense and Unbreakable. Most of the time, you don’t see the twist coming, but it makes complete sense when you view the movie again. And the twist in Morrowind is kind of the opposite of that. You see it coming not because there are clues dropped but because you can feel that the story isn’t finished when it appears to be coming to a resolution. And because of the classic good-guy-is-a-bad-guy trope, you know that it’s Archcanon Tarvus who is the bad guy. But for some weird reason, Archcanon Tarvus is actually Barbas… yes, Clavicus Vile’s shape-shifting dog.

The final act of the main story has you chasing down Barbas. And it’s fun! I really enjoyed the chase. I also really enjoyed the story up to that point; it was a wonderful trip down lore and nostalgia for Vvardenfell. The characters were wonderful and all of them had a unique and understandable perspective on what was happening. And the world falling apart as Vivec continued to get sick was wonderful. It was just that single instance that was supposed to be this giant reveal that fell apart for me. 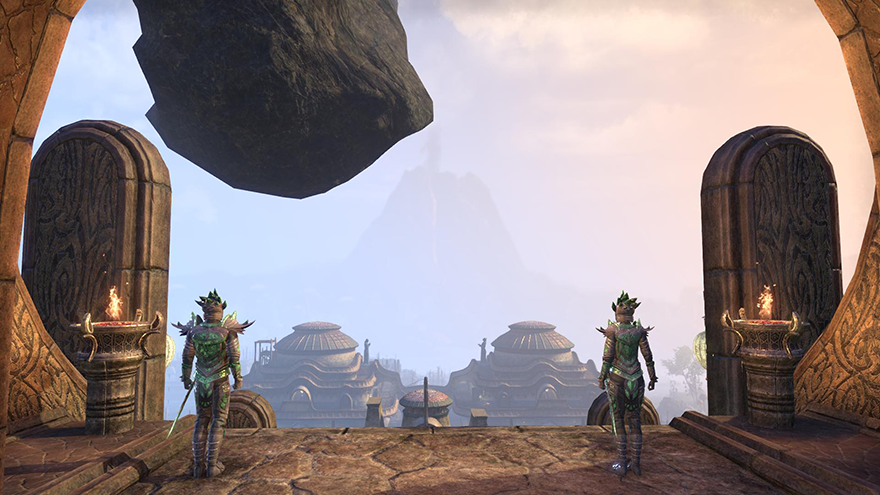 Why didn’t it work?

The number one reason that Barbas didn’t work as the twist was that there was no setup. The twist itself must be a payoff to a setup, or it’s confusing or has no emotional weight to the story.

Storytelling, according to Anton Chekov, should be told efficiently; one of his tropes was Chekov’s Gun. Chekov was quoted as saying, “If in Act One you have a pistol hanging on the wall, then it must fire in the last act.” In classic storytelling — whether film or video games — this scenario will follow a three-fold series of events. You will see the pistol in the first act, then somewhere closer to the last act you will be reminded of the pistol, then in the last act, the pistol will be fired. Sometimes, there can be multiple reminders.

In the Sixth Sense, we see that Bruce Willis’ character was shot, then we are reminded of it when he talks about his past patients, and then there was the ultimate payoff when the ring rolls across the floor. We also heard the symptoms of Haley Joel Osment’s character seeing dead people. We hear it when he talks about it getting cold and then another time when he does the famous I-see-dead-people scene. This was also paid off with the ring rolling over the floor.

In the Morrowind story, the first time we hear about Barbas or Clavicus Vile is when the twist is revealed. I don’t know if we were supposed to go, “Oh my goodness! Tarvus is really a Daedra!” or if we were supposed to have a relationship with Barbas in another Elder Scrolls game, but ultimately, it didn’t work because there was a payoff without a setup. Folding Ideas explains it much better using Suicide Squad, of all movies, to explain the meaning.

Personally, I think the twist would have worked better if perhaps someone spoke about Clavicus Vile negatively and Tarvus attempted to downplay it or if there were at least two other connections to the Daedric Prince that were more than obvious. Unfortunately, there just wasn’t and the twist wasn’t really a twist at all.

I seem to recall a couple of subtle references to Barbas, if you’re already primed to spot them. It’s been a while since I’ve been back in ESO Morrowind, but I do recall chasing a crazed dog just outside Balmora that then just vanishes into the bushes. Some nearby NPCs can be overheard with a few interesting comments. So you know he’s about and he seems to be in the places you are, presumably keeping an eye on you.

However as a longtime Elder Scrolls junkie I may just be seeing what I want to see :P

I think the Tarvus/Clavicus reveal, in itself, was a fairly simple twisty thing to do with the storyline. So, in that, I agree with you.

However. The greater point to the main story, imho, is getting to know and interact with deities. Part of this unfolds through direct dialogue, but the rest has to be found. In my travels, I made a point of reading every lorebook that I stumbled across. As the main story sends you around the island, you organically learn the deeper background of Morrowwind, and the governing entities.

Part of that sub story, the one that most people skip by because they can’t be bothered to read the lore, involves a book or two on Clavicus and Barbas. One of the suggestions is that they are the same entity, but physically split now and again like a dissociative personality. Clavicus plays his role, as does Barbas, and they interact and go about their separate, yet joined, objectives.

So, while the twist itself wasn’t all that difficult to foretell or grasp, I believe it was designed that way to be accessible and easily understood, while not being totally dumbed down. The deeper context of the Triumverate, Morrowwind, and the involvement of Clavicus/Barbas is gleaned out of the lore you discover on the journey.

I enjoyed it. I especially liked how they built suspense towards the end with the moonlet getting closer, the city erupting into mayhem, and Vivec gradually fading away as his divinity was siphoned from him.

I’m currently starting to give it a second pass on a new character to pay more attention to what is going on.

Is it Barbas or Barbus? Both are used here.

Yeah. I think a lot of ESO is a love story to the lore and hence to those who know and like it. In that sense it is more like a comic book, where a famous villain you’ve not seen in a while just shows up. Not because it was set up but because it’s that guy everyone knows.

And in Elder Scrolls games it is expected that all (or nearly all) the Daedra show up, so having them be the bad guy is nearly obligatory.

So, Barbas did appear in Oblivion and then much more prominently in Skyrim. But I don’t think anything about either of those appearances would pass as a suitable clue to the twist in this story, at least as you’ve described it.

I think he was supposed to be Creeper in Morrowind as well.