END_OF_DOCUMENT_TOKEN_TO_BE_REPLACED
ArenaNet chose to very cleverly stave off the post-season blues by teasing a long-awaited, much-anticipated, and very-spoiled Guild Wars 2 expansion announcement as a close to the living world’s third season. We didn’t have long to wait before August rolled in and the expansion announcement was upon us, and now I’m even more hyped for the beginning of Path of Fire. Putting the core Heart of Thorns and season 3 stories to bed is bittersweet since I am one of the rather uncommon creatures that largely enjoyed the direction the last expansion went in and I doubly enjoyed the last season’s breaking of the great content drought in such a spectacular, confidence-building fashion.

PoF will be upon us next month, and I don’t have much article space remaining before it drops in our laps, so I thought I should begin the lead-up to launch with an overview of my thoughts about the expansion announcement and the main features it highlighted for us. I know you’ll have been expecting the final edition of my look at season 3 instead, since I have only given you some Siren’s Landing impressions so far from the finale, but talking about the big news felt far more pressing, and I feel that it’ll give those who are currently revisiting the game due to the expansion hype time to catch up with the season before I spill the beans.

In this edition of Flameseeker Chronicles, I will discuss my thoughts on the PoF announcement and will start to gather my opinions on what I’m looking forward to while also articulating any reservations I have about the expansion. I highly recommend visiting the recent Massively Overthinking collective article that gathered the whole team’s opinions on the matter as well: It’s always useful to see a snapshot of how a diverse group of MMO enthusiasts has responded to an announcement like this one, especially if you haven’t been keeping up with GW2 yourself and want to hear how others in your same predicament are reacting. 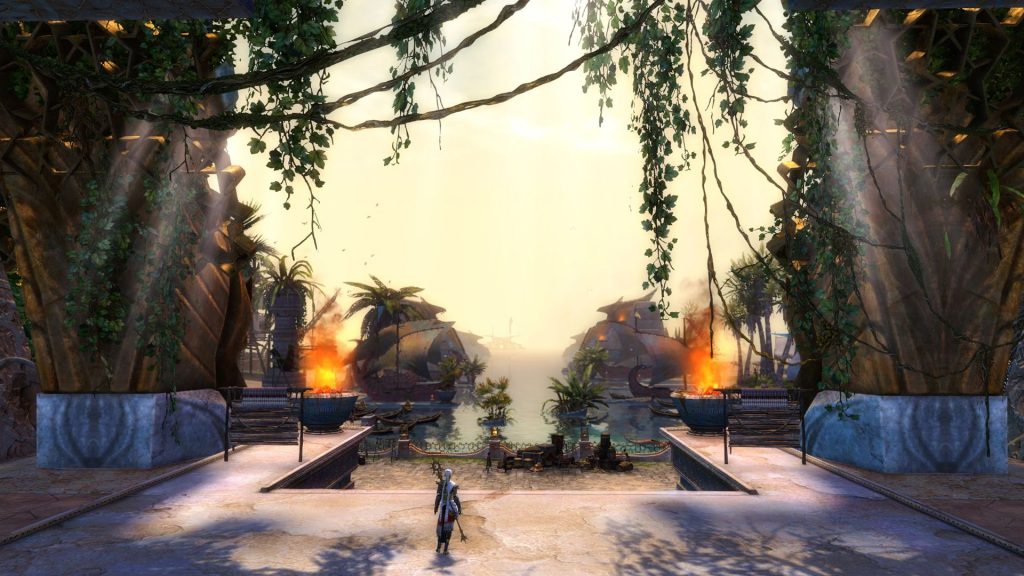 Thoughts on the PoF package

If you missed the PoF announcement, there are three main nuggets of information you should know before reading on: firstly, that the expansion will be with us on September 22; secondly, that the expansion’s main features are five new massive maps, a new suite of elite specialisations, and a series of uniquely featured mounts; and lastly that the expansion is priced at $29.99 for the standalone base, no-frills copy. If you want to know a little bit more, check out Bree’s very handy summary for the expansion before you launch into my thoughts on PoF.

I am the first to admit that, from the initial announcement, PoF is a little light on the new features you might expect from an expansion. I’m thinking back to HoT‘s hype train and how interesting it was getting to grips with masteries and elite specialisations as unique new mechanics and remembering how exciting it was to see something fresh, but I’m happy to see that these mechanics have been reliably extended and re-employed for PoF and haven’t ended up on the abandon heap (I still see you sitting there, all dusty and unloved, dungeons). Ask 2015 Tina if we’d see the faithful extension of the mastery system we’ve seen and I would have been dubious, but I’m glad that these thoughtful, flavourful mechanics are staying at the forefront of ANet’s expansion development.

Is this too safe a choice though, and do we actually want more of the same? My answer here is greyer than I’d like it to be because we simply don’t know enough about how well implemented the new masteries and elite specs are until we get to use them. Would it have killed ArenaNet to listen to the overwhelming roar from the community for access to a new race or class? I know that elite specialisations extend classes beyond their more traditional roles, but it’s not quite the same as creating a new playable class with none of the caveats or FOTM prejudices from the core class designs. New races are a personal must-have for me because of the richness of experience they offer through new personal stories with unique arcs we haven’t yet explored, but I’m not at all surprised that the team hasn’t chosen to go in this direction. 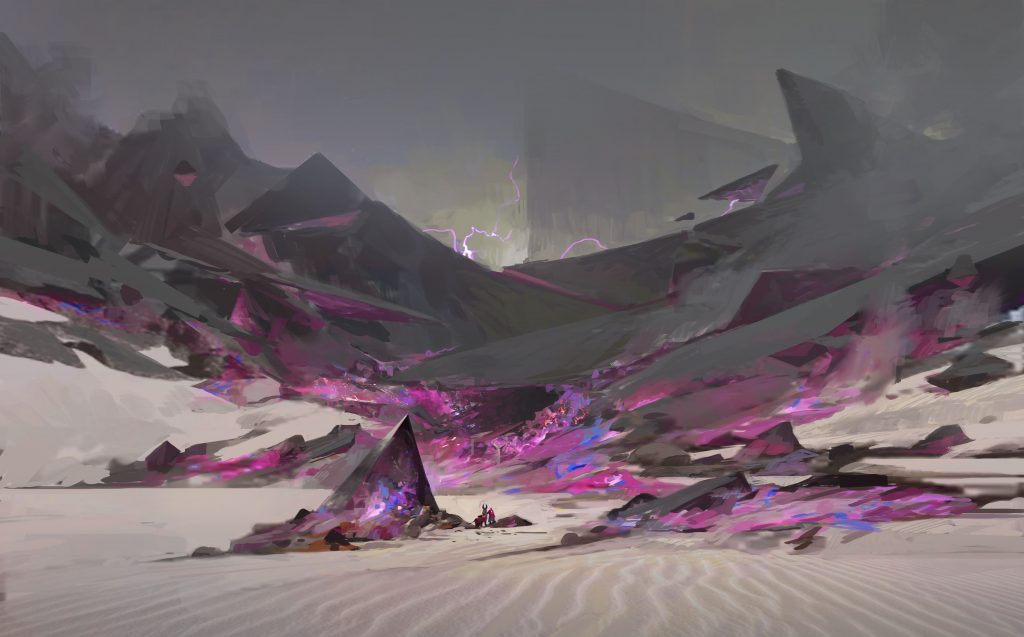 Learning from the HoT pricing debacle

Where ArenaNet has very much taken on our rather loud feedback is in its expansion pricing structure and inclusions. You’ll remember that HoT caused quite the stir with its $50 price tag that included the base game: Many players felt as though they were being asked to buy the base game for the second time and found $50 to be an unreasonable ask for an expansion. This time around, the price is far more reasonable and the expansion is a standalone product that does not include HoT. The HoT add-on can be added to your cart with your PoF pre-order for £17 and other extras, including the Season 3 bundle and useful in-game tools, are also advertised during the cart process, so if you have the cash to splash you won’t miss out on what came before the latest expansion.

On a side note, I agree with Bree when she says that the PoF price plans are very clever. I will be joining her in purchasing the ultimate bundle. I can totally justify that spend to my husband when it comes with 4000 gems on top of all the deluxe extras. I entirely understand that many players still feel the HoT burn, however, so I understand and even encourage caution in pre-purchasing if you fall in that category. It makes sense to wait until after the weekend when we will get to test out the new features ourselves, and even if you hold off for launch impressions to hit, you’re still not holding back for very long. 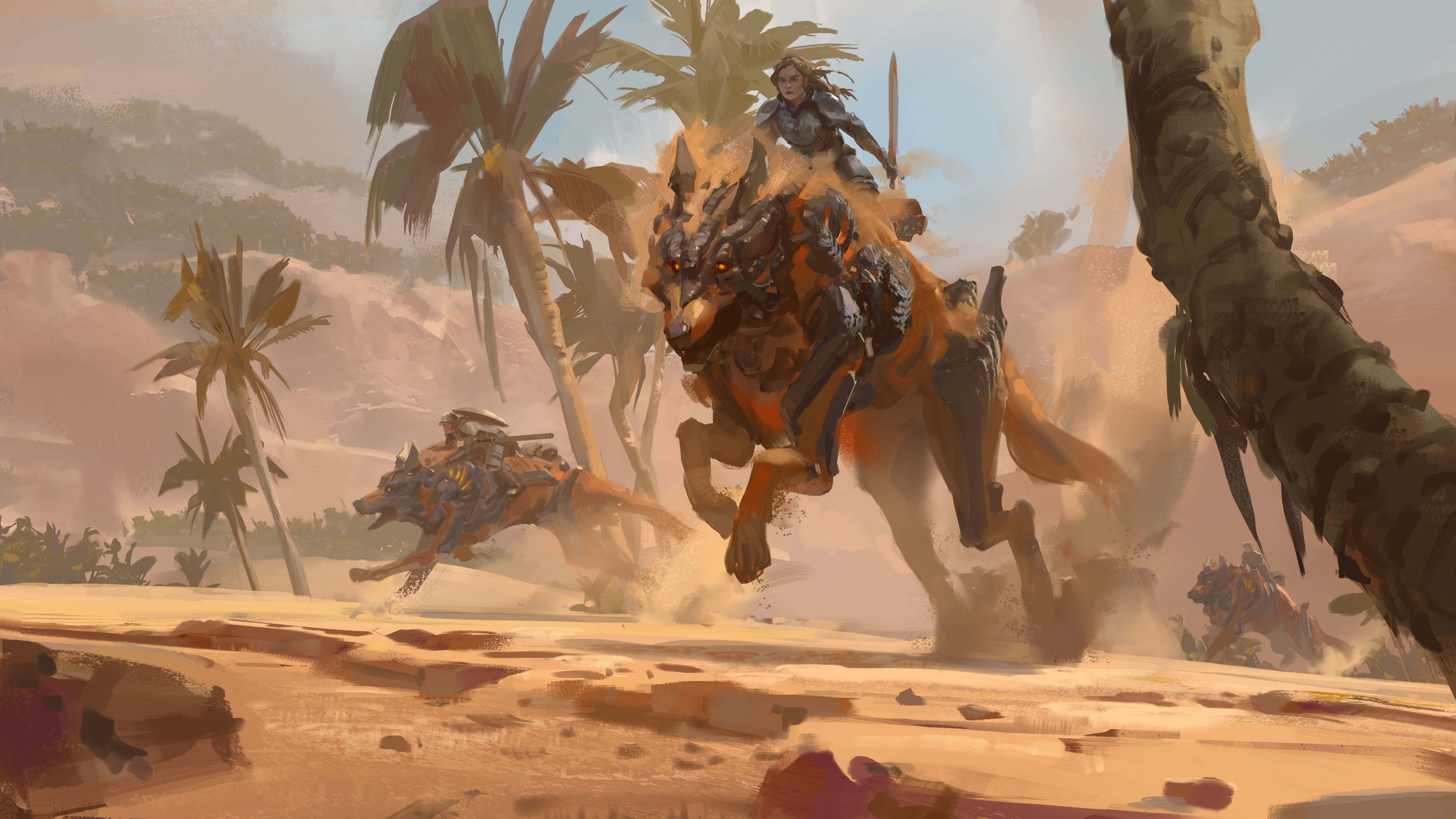 Mounts: Should I be this excited over such a common feature?

My short answer to this question is a measured yes, based on what we know so far. The mounts aren’t just a prettier fast-travel mechanic and I’m delighted (in theory at least) with this clever extension of the mastery system. For me, part of what made HoT and season 3 zones so frustrating to navigate was the very particular nature of the travel masteries it included: I often got lost in finding the correct point at which to bounce on that mushroom or catch the correct updraft chain to reach my particular destination within the dense jungle tangles and exploded ruins we explored recently, though I have always maintained that I could indeed get my character lost on a straight road due to my apparent inability to read maps and sense direction.

Imagine my delight, then, when mounts were properly announced and it transpired that they are effectively portable, complex travel mechanisms that have a diverse array of applications to the open world. The freeform nature of these masteries combines well with the seemingly much more open, expansive maps to make for a more seamless travelling experience that we’ll all appreciate after having our fill of the verticality trend. If these mounts work out as well in practice as they do in my mind, I’m going to adore them, and then I get to add pretty twists to my travels with them too. Bliss! I’m hoping that I’ll be able to make my own route to my next destination and save myself from getting so hopelessly lost quite so often. 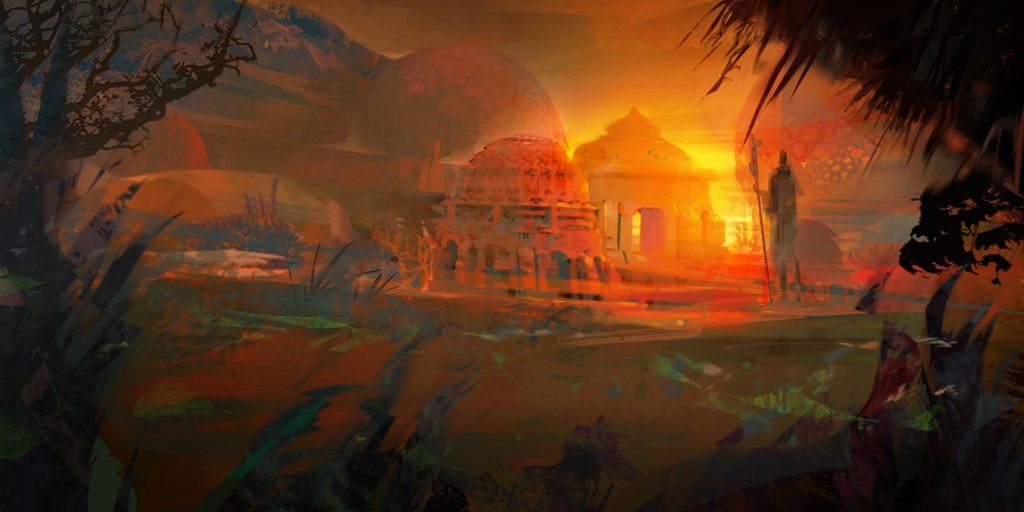 Elite specialisations: Are they enough of a change?

I really love the thematic tie-ins for the new elite specialisations and there are quite a few that I’m dying to try out, but I simply can’t say that they’re going to greatly extend or enhance the classes before trying them out. On paper at least, some seem to do a far better job of adding something new to their respective base class than others: I can see that the thief’s Deadeye will add some fantastic range to the class, for example, but I haven’t yet seen much more about it. After having some time to let the new specs sink in, I am most excited to try the Holosmith (engineer) and the Scourge (necromancer) for myself, especially if the Scourge protective abilities make a necromancer a little bit more viable for raiding than before.

I do appreciate ANet’s dedication to diverse play styles and love the fact that each class has been diversified once again for this expansion, which will cater in some way to most (if not all) players. Having said that, I do miss the wow-factor offered by entirely new classes and feel as though the major shift in the story’s emphasis could have been a fantastic rationale for the emergence of a new combative approach. When the main question on everyone’s lips is how does one defeat a god, it makes sense to me at least that there is a major opening for some dedicated god vanquishers. Whether or not the elite specialisations fill this need remains to be seen, but I wait-and-see approach that verges on cautiously optimistic. 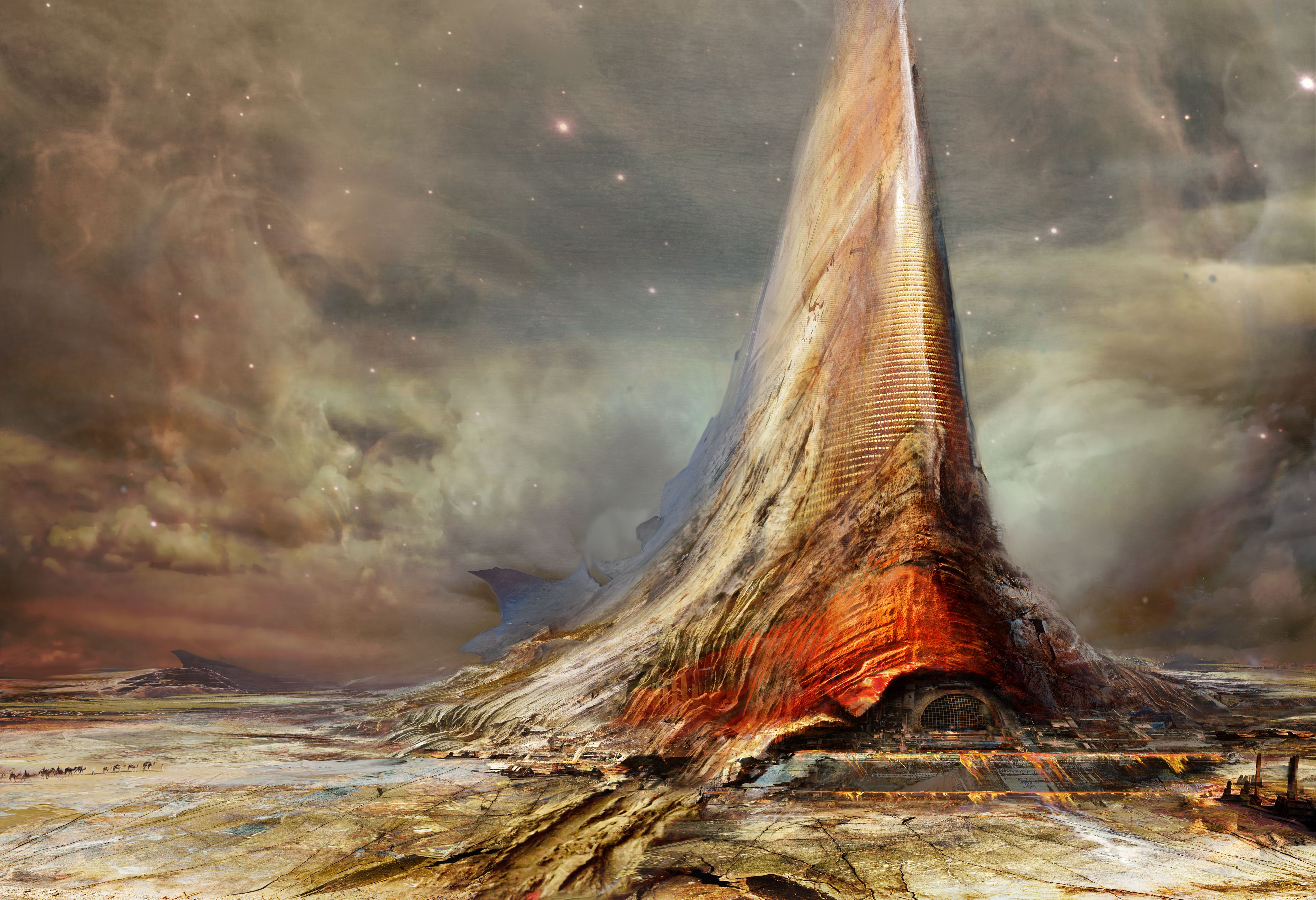 We know that one major story path is ending: No more dragon killing is a definite shift in the formula for the writers that I’m excited (if not totally shocked) to see. Taking on the gods is quite a lofty direction to go in, however, and how well this works for me will rest on how easily vanquished Balthazar proves to be. I want to witness some mass destruction on a devastating, godly level before we are through with him, and I expect far-reaching ramifications to his actions to be felt throughout Tyria, not least in Kryta. I want to perform powerful rituals that might compel the other gods to return and help tame the renegade for us, I want to see vast wars that span far outside the breadth of the new zones, and I want to see Balthazar’s demise transpire in epic fashion.

Do you think PoF will deliver? What do you make of its content and direction? Let me know in the comments.