END_OF_DOCUMENT_TOKEN_TO_BE_REPLACED
Wow. So I had no intention of crafting another Chaos Theory this week. I had plans. Other plans. But then the Secret World Legends announcement hit the airwaves on Monday and all other thoughts left my head as I sat there, stunned. I just couldn’t think of anything else. Could it be real? Was SWL really going to be made into a television series? Holy guacamole, it is! A pipe dream I have wished for five years is actually announced and in the works.

I’ve been pretty vocal about how much I want more story from SWL. Story is what this game does so right, and I just can’t get enough. I’ll probably never get enough! There are so many characters I want to know more about, so much history in locations that I’d love to delve deeper into, and so many fascinating events that we know only know the aftermath of that I’d love to witness firsthand. The IP is so rich with possibilities. I knew that the game would never, ever be able to sate my appetite for more, so I had wished long and hard that other avenues might present themselves: short stories, graphic novels, movies, and yes, television series. I can’t even describe how excited I am for the development of more story from this world. Is there risk? Yes, I get that. But the possibility of so much greatness is there! I seriously can’t wait. Imagine it, 30 to 50 minute cut scenes!

With so many possibilities, what could/should the TV show focus on? I have my opinions. Here are some specifics I’d love to see developed further for our viewing pleasure. 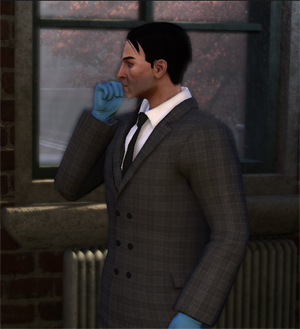 There are some characters that are simply too amazing to pass up. These folks have completely entranced us just from their dialogue chains and their cutscenes. It would be a serious disservice to not incorporate these amazing personalities into the show, or at least dedicate an episode to them.

The headmaster of the Innsmouth Academy was my first thought for this show. The events he alludes to in-game about his past would make for enjoyable entertainment, and I am sure so much more could be discovered about him. I’d love seeing him just running the school! The one caveat is that Jeffery Coombs has to play him; no other voice could ever, ever be Montag!

Everybody’s favorite mummy totally needs some air time. Just think of how many centuries of material you have to work with! You can focus on anything anywhere along his lifetime. Of course, a montage of his business dealings would be pretty interesting. Said’s personality is just begging to be larger than life (or undeath) on a bigger screen.

There’s so much seriousness and darkness throughout the IP, and Nassir brings some genuine fun. With his pop culture quips and his dancing, how can he not be a fun sidekick? He’d be especially good paired up with Said; heck, we’ve already got a taste of them as a team.

I know many folks have been interested in seeing more of the story of Andy and Moose. Andy is such a sweet guy who sees the world in a way that still gives you hope for the human race, and Moose is such an even-keeled fellow who can McGyver the heck out of stuff. Talk about a fun combo. And of course, there’s the interaction between the two that would be great to see developed further than the little hint here and there.

Just please, do not make me watch the kittens. Please.

There are just too many great personalities I’d love to see in a supporting role, like Edgar. He’s an absolute hoot! He’d be great comic relief when you need something to break the darkness and tension of the rest of the show. I want to see Edgar finish his bus and go barreling down the highway with those folks he’s trying to save. Plus? We’d get Tango and Cash.

There’s plenty of room for a second musical character — especially an Elvis impersonator! Ricky doesn’t need to be a main character, but why not put him in a supporting role or on a stage in the background singing? He and his crew would be fun to watch. And there are motorcycles and leather jackets. Win!

Quiet little Carter… who could blow the school up with her powers. We know scant little about Carter’s life before (or even at) the school, and both areas are ripe for storytelling. All those times her family had to move because her powers manifested themselves. How does a family cope? I think there could be some very endearing drama in this. And then there is life after she makes it to the school.

Need I say more? I won’t spoil anything, but for those who know, John could make an entire series. No matter what, John should be in it somewhere. Or everywhere…

Secret World Legends is loaded with creepy real-world areas to mine: Egypt, Transylvania, and even Tokyo. But as far as locales for the television show, I don’t think any of the others hold a candle to Solomon Island! Seriously, I think setting the show anywhere else would be a travesty. Oh yes, you can have some time off in other places like the faction HQs, but the bulk of the story I think would be best playing out in Kingsmouth, Savage Coast, and Blue Mountain. That could be because all of the best events transpired there, and I want to see and experience these events for myself. Plus it has the bulk of all the best characters!

I know some folks are reluctant for a focus here because they really do not want “just another zombie show.” Well good news: You don’t even need zombies! Yes, there are plenty of them in the game, but you don’t need them. The filth infected and the various Draug are creepy enough creatures to fill that role. And then add in Jack O’Lantern, ak’eb, and the other critters of legend and lore and you have plenty of monsters without a single reanimated undead. (Well, except for Said, of course; that mummy can stay.) 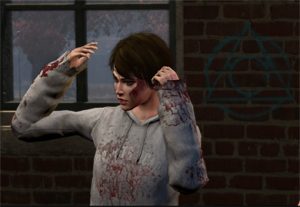 Boarding school trope with the best twist! I’d love to see life at this occult institution of learning in its heyday. Think of the fun of a high school show with classes focused on applied paranormal science and the like. Carrie at the prom? I bet that was nothing compared to the Halloween ball there at Innsmouth. Of course, you also get Carter and Montag, which makes the whole idea exponentially awesome.

One of my all-time favorite missions was the Templar’s Virgula Divina. Why? Because you are introduced to the Amity House. You only walk through and get glimpses of what all happened in that laboratory — just imagine getting to experience everything that happened there! Creep-tastic!

A companion to the Amity House, there’s The Nursery in Transylvania. This is a place that is begging for a shot at a deeper story. Again, we just see the aftermath, the very creepy aftermath. I’d love, love, love to see the inner workings of this facility in its day. Just watching the nannies take care of all those special children…

A final location that could be a show unto itself is the Fear Nothing Foundation in Tokyo. Without giving too many spoilers, I’ll just say that this whole boarding school-esque environment is ripe for deep story-telling — everything from what it was from inception all the way to the catastrophe.

One of the events I want to witness the most is when the fog rolls in to Solomon Island.  I want to see the beginning of the story. I want to meet all the residents of Kingsmouth and get to know them and their lives… and then see that all get ripped away in mayhem and madness. I want to see the horror of people changing and the intensity of trying to figure out what is happening. Can you just envision Norma Creed’s no-nonsense reaction as she rolls up her sleeves to face this disaster head on? And what about getting to see Jack Boone and John Wolfe in action, with the nonchalant way they look at things? Oh, and Boone brings in a pretty fun old west feel.

As a bonus, just think how much artistic license you can take here with an entire town/island to populate? The showrunners can add so many new personalities and storylines (just please be sure to keep some of our favorites as well; you’ve got pretty much all the best characters here to utilize).

The History of Franklin Mansion

One mission in-game gave us a little taste of the history of the Franklin Mansion. And I want more! You can do a whole miniseries on the different decades of this habitation. Billy and the artist commune? Check. The Devore family? Check. And I am pretty sure a whole slew of other stories could be added in to account for the many ghosts. You could even tie in the whole Blue Mountain mine stuff to the Devore era.

Who here wants to see the construction of and short operation of this amusement park? I do! Who would love to see a live-action version similar to The Park? Yes please! We know some of the framework, but details and action sequences — and plenty of horror and suspense — to add in. For a slightly different angle, you could focus on the life of our The Park heroine after that fateful experience as she worked with the Venetian Council.