END_OF_DOCUMENT_TOKEN_TO_BE_REPLACED
Now that we’re in the thick of Lord of the Rings Online: Mordor (which I’m still enjoying very much), my mind has taken a turn back to look over 10 years of gameplay updates and expansions.

It’s bizarre to think back to a time when the entirety of the game was merely eight or nine zones crammed up in Eregion. While there’s still plenty of Middle-earth to uncover and explore, the ensuing decade vastly opened up the game world and took us on a journey that spanned from Bag End to Barad-dûr.

It all starts to blur together after a while, particularly after alternative leveling regions were added, the epic story was changed to be more solo accessible, and the studio experimented with different forms of content delivery. I felt like taking a quick trip through the expansions that brought us to where we are today. Because… why not, really?

LOTRO’s first expansion remains, to this day, one of its most significant. With the popularity of the launch and the excitement over moving into one of the books’ most iconic areas, the dev team knew that they were under the gun to deliver. And deliver they pretty much did.

Players entered into Moria to find one of the largest underground regions ever created for an MMORPG, one that would take them months to fully explore. The expansion didn’t stop there, adding two new classes (the Rune-keeper and Warden), the legendary item system, six more books to the epic story, and dynamic lighting. The level cap was increased from 50 to 60 as well.

While Moria does get a bad rap from players who feel claustrophobic in its depths, I think it’s still a pretty amazing space that showed how much LOTRO was willing to experiment and stretch as the story started to leave Eregion. And that Lothlorien addition at the end of the expansion cycle gave us a beautiful and memorable zone to cap things off.

I think it’s fair to call Siege of Mirkwood a “half-expansion” if you like. It was much reduced in scope, delivering only a single zone, five more levels, more responsive combat, and an ending to Volume II of the epic. Yet I don’t think it was a terrible addition; Mirkwood is, as I have written, an underappreciated zone, and the skirmish system that came with this expansion is one of LOTRO’s better additions.

This expansion is also where I came back on board with LOTRO after taking a year or two off for other MMOs. In fact, I remember reading about this expansion on Massively-that-was by the then-writer of the LOTRO column. Boy, he sure had a dream job! Wish I could do that!

While 2010 did not see an expansion, it did mark the year that LOTRO transitioned into a hybrid free-to-play model and started numbering the updates from 1 on up.

After years of pushing eastward on the map, it was finally time to push south and enter The Two Towers. Rise of Isengard was an incredibly odd expansion that strove to set Saruman up as one of the principle threats to Middle-earth. And yet it was mostly focused on Dunland, a region that got very light treatment in the books and was quite removed from the Fellowship’s journey.

As a result, Turbine had freedom to take the story in a different direction and chose to show a more barbaric, tribal landscape that was slowly coming under oppression by the White Hand and the nearby tower of Orthanc. It wasn’t the most amazing expansion, but it did the job in carrying the story forward. Players also could level up to 75 for the first time. 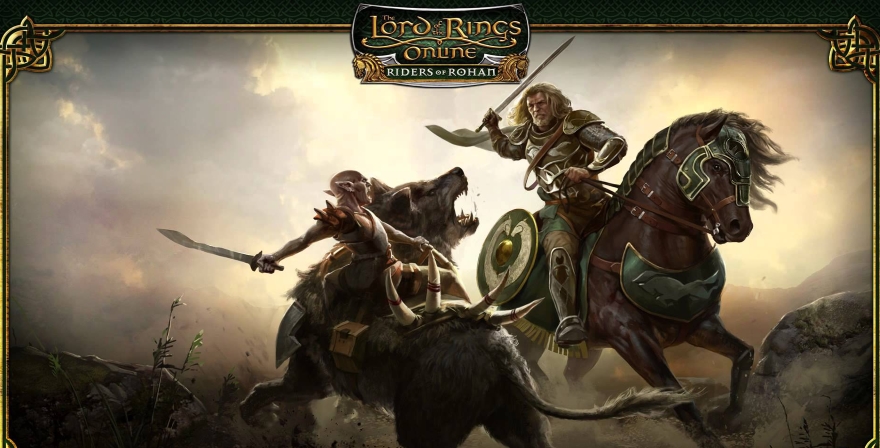 If you pressed me for a favorite, I would probably point to Riders of Rohan as the best expansion that LOTRO has produced to date. There was so much to love here as the team took us into the country of Rohan, gave us war-steeds, raised the cap to 85, and brought the threat of Mordor to bear on an entire population.

Turbine really seemed to go all-out with this expansion’s release, churning out live-action webisodes, an amazing soundtrack by Chance Thomas, and some of the best art and landscapes yet. The quests were also quite noteworthy and featured a few tricks we hadn’t seen before. Rohan felt huge and expansive, and if mounted combat was a disappointment, then it was something I could get past in favor of everything else that went right with this pack.

If Turbine took its time to do Riders of Rohan right, it appeared to have rushed Helm’s Deep through the development process on the cheap. It wasn’t a terrible expansion, per se, but it did feel tacked-on instead of getting the full resources to make a big splash. Even the soundtrack sounded generic.

The developers banked an awful lot on players loving and replaying the new “big battles” system that came with this expansion, and that’s where Helm’s Deep faltered most of all. The battles were visually impressive but overly long, confusing, and grindy.

On the plus side, the expansion allowed players to advance to level 95 as they adventured through the remainder of Rohan. The Westemnet wonderfully rounded out Rohan as a country and added Underharrow and Paths of the Dead, two incredibly memorable locales.

After the lackluster rollout and reception of Helm’s Deep, the studio said that it wanted to eschew the expansion model and focus more on regular meaty content rollouts. Thus, the MMO didn’t get any official expansion over the next few years, but it did produce what I’d consider to be a full-fledged expansion in several parts with Gondor.

From Update 14 (July 2014) through Update 19 (October 2016), the team took players on a breathtaking tour of Gondor. During this period, a new class/race was added (the Beorning), six new zones were instituted, the level cap was raised to 105, and the gates of Minas Tirith — LOTRO’s most impressive city to date — were opened. This era also saw the Battle of Pelennor Fields, probably the greatest battle I’ve ever had the privilege of experiencing in an MMO to date. 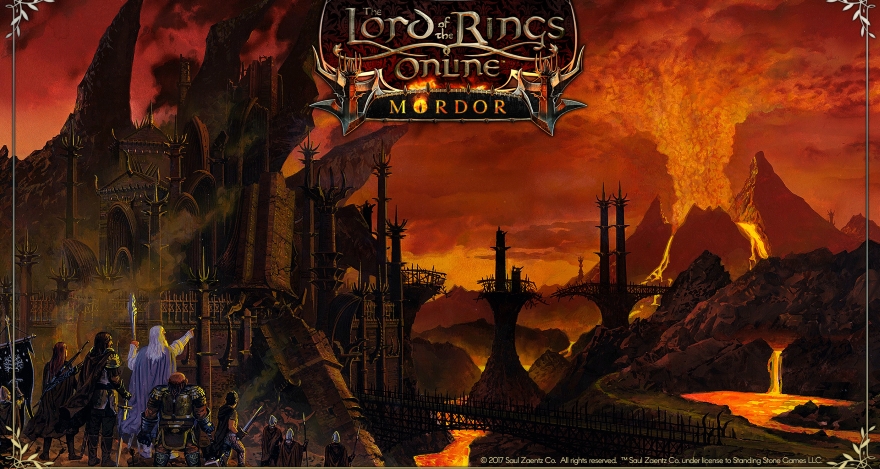 If LOTRO was ever going to return to expansions, then Mordor was a perfect moment to do it. Five zones and 10 new levels accompanied the launch of this pack, taking players through the Black Gates and into the country that was the source of so much terror and threat. It took players beyond the quest to destroy the One Ring, seeing what happened after Sauron fell.

Time will tell how robust and worthy this expansion is, but as I said before, it’s been a surprisingly exciting and intriguing trip into the Middle-earth version of hell. If nothing else, it was great to see LOTRO return to form with a major expansion, especially one to mark both the game’s 10th year of operation and the milestone of marching into Mordor.