END_OF_DOCUMENT_TOKEN_TO_BE_REPLACED
Morrowind was very likely a great boon for The Elder Scrolls Online. Although ZeniMax Online Studios hasn’t released any solid numbers, the staff has over and over proclaimed just how great things have been since the launch of that expansion. In fact, I recently sent some questions to Creative Director Richard Lambert, and when I asked him to quantify the success of Morrowind, he reiterated its success:

“Morrowind has been really great for us and a huge number of players are exploring the new content, class, and battlegrounds. We’ve seen an influx of new players and returning players and our existing player base has really enjoyed the addition so far. It’s been a pretty gratifying experience for us.”

But even Lambert would tell you that this upward climb for ESO started long before the launch of Morrowind. And with the launch of the latest update Horns of the Reach, I was able to ask Lambert some questions about how ESO built up to the game it is now and also talk about some of its future — specifically, the Clockwork City update.

Slow and steady wins the race

“I think the biggest reason is that people are seeing just how much effort the team is putting into supporting and improving the game,” Lambert said when asked if there was a way to quantify the turnaround in player’s opinion of the game. The game launched to very mixed reviews, but most people who have stepped back into the game are quick to say that it’s lot better game now than it was.

A part of that continued growth comes in the form of constant and consistent updates to the game. “Our quarterly updates are always on time, extremely well received by our player base, and have lots of new fixes, improvements, and quality of life changes,” Lambert said. And since the launch of the game, ZOS has not missed a quarter. Even with a giant release like Morrowind, the next update Horns of the Reach was delivered on time. “We are going to just keep doing what we are doing.” 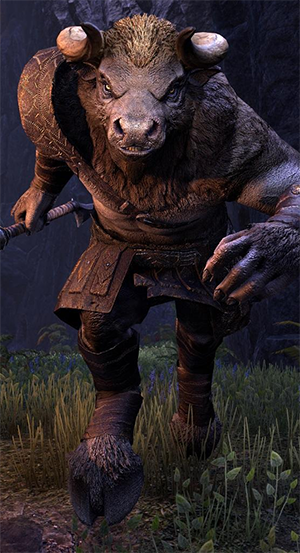 Personally, I was really interested whether there was a formula to ZOS’s update strategy. When I worked behind the scenes in the Star Wars Galaxies player Senate, the developers attempted to emphasize one aspect or class with each update. But ESO subverts that formula, possibly to its benefit. “There isn’t a formula per se, but we do try to make sure that over the course of the year there is something new for every type of player,” Lambert replied to my question. “Ideally, every update has something for everyone, even if it is something small.”

Overlooked parts of Horns of the Reach

I believe that Horns of the Reach is a good example of this. We know that Horns introduced two new dungeons, as we emphasized in our recent livestream. But the aspects that were not lost on players, even if the public at large might have missed it, were the additions to PvP.

“All of our Battleground game types are basically schoolyard games that everyone is familiar with, and Chaos Ball is our version of ‘it’. Take the ball and hang on to it as long as you can while earning points for your team. We don’t want you holding on to it forever, though, so we’ve added a few twists. To add a bit more pressure on the ball carrier, we added an escalating debuff that reduces the amount of healing you can take as well as shield effectiveness. In addition, this debuff on the flag carrier also pulses out AoE damage that hits teammates. This removes a ton of camping issues and made the Chaosball flow around between teams a lot faster.”

Nostalgia, lore, and the future

I’ve personally attributed a good chunk of Elder Scrolls Online’s success to riding off the nostalgia of previous Elder Scroll titles. Even for me, updates like the Thieves Guild and Dark Brotherhood held a greater pull than Craglorn or Imperial City. Lambert, too, questioned certain updates. “Orcs aren’t one of our top chosen races, so I wasn’t 100% sure of how well it would be received,” he said about the Orsinium update. However, he quickly turned that around: “Players ended up loving the DLC, though – loved learning about the Orcs and their homeland. It’s been one of our most successful DLCs to date.”

Then how does it work? How does the ZOS staff go about choosing the next update? Player gaming styles are a part, but not the guiding factor, as Lambert stated earlier. Lambert couldn’t really point to a specific formula or a method. But he did peel back the curtain on how locations are chosen for the next update.

“It’s something we talk a lot about internally: Where do we go next? Tamriel is a huge world, and at launch, we barely put a dent in filling it out. Some of the locations we chose were no-brainers: We knew we wanted to go to Morrowind one day and that we had to explore the Imperial City. The Gold Coast, exploring Anvil and Kvatch, with Dark Brotherhood DLC was also somewhere we knew we wanted to go. The other locations were a bit harder and ultimately came down to [ESO Game Director Matt Firor] and I debating on what biomes we wanted to explore or what kinds of stories we wanted to tell.”

Lastly, I had to see if I could eke out some information about the upcoming Clockwork City update, so I dumped a bunch of questions on him: What can he mention about Clockwork City? Are we looking at another DLC pack there? Is the entire update going to be Clockwork City-themed? There is clearly going to be a large group fight with a Colossus; is there other content for perhaps the solo-player or PvPer that we can look forward to?

“Clockwork City is a DLC, roughly the same size as Dark Brotherhood or Thieves Guild. It takes place entirely in the Clockwork City and has some exciting new systems and quality of life improvements. We’re not quite ready to discuss details just yet though, so stay tuned for more info.”

I really appreciate Rich Lambert taking the time to answer my questions. I am looking forward to more ESO updates in the future. But what do our readers think? What questions do you still have for the team?

I bought the physical collector’s edition at launch, which was one of the best I’ve ever bought. Beautiful art/lore book, cool Molag Bal statue, etc. But the game just didn’t grab me for whatever reason so I shelved it. Fast forward 3 (4?) years and decided to revisit it because of Morrowind expansion.

And what I found was a *fantastic* game. So much great writing and voice acting. So many interesting storylines and such. My only complaint is the game engine *barely* uses my graphics card, so it’s not the smoothest experience. But workable. I’m very glad the game stuck around long enough to give me a second chance!

I am impressed with the work ZOS has put into ESO. Their monetisation strategy seems both fair and profitable, allowing them to keep investing in new content for the benefit of all existing players.

Sadly, the combat system has never been to my liking – far too shallow and easy for me – and so every time I tried the game, I was bored very quickly. Still, thats just my personal preference, its clear by the popularity of ESO that deep or complex combat just isn’t a priority for most people.

What they’ve been doing with ESO since launch is exactly how I want AAA companies tread their games and franchises. With something as complex as an MMO, it’s perfectly fine to have issues at launch. But then they should patiently and consistently work on improving it and not just either dump it completely or try to frantically change the game into something entirely different, whatever the current trend might be.

Another good example is how SE worked on FF14 up to the re-launch.

Been thinking about checking out ESO again, maybe I’ll do that soon.

I thought the game was great at launch, and it’s certainly continued to improve even beyond that, although some of the additional content is of no interest to me (PvP, group dungeons). However, I like the approach of catering to everyone over the course of the year. I think they’re doing a great job despite all the moaning from the malcontents you get on any game forum.

The game is SO much improved over launch! I’ve resubbed to it again. Looking forward to seeing what comes out in the future, however I have a LOT of exploring still to do (I let my sub lapse just after Imperial City)

Really looking forward Clockwork City! What we saw in Morrowind’s xpac was amazing, hopefully we get to meet Sotha Sil!! Great to read that they are planning some QoL features for it too. Fingers crossed for transmog. My only concern is that the model is going too “f2p” and not having an ESO+ is starting to feel too punishing.