END_OF_DOCUMENT_TOKEN_TO_BE_REPLACED

I’ve been gathering, crafting, and fighting my way up in Final Fantasy XIV in preparation for 4.1. Not that I haven’t been enjoying the game on its own, of course, but it seemed likely that 4.1 would bring a new set of beast tribe quests, more stuff to nab from the 24-person run, plenty of new main scenario lore… you get the idea. It seemed like the sort of thing I’d want to be as prepared for as possible, in other words. And here it comes in just about a month! That’ll be nice.

Of course, the lengthy anniversary broadcast didn’t reveal everything we’re going to be hearing about for the patch; it was more of a tease than a full rundown. But we can derive a lot from that tease alone, so let’s talk about what we’ve heard so far for patch 4.1. We’ll know more around the middle of the month, but we’re here now.

One is the loneliest dungeon 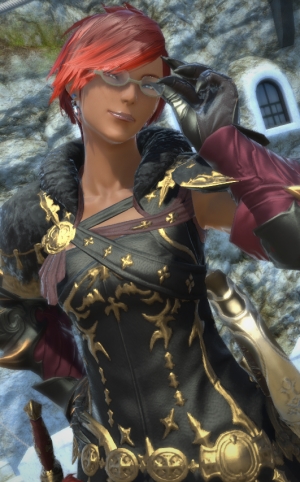 I don’t have definitive proof of how we’re going to handle Expert roulettes in the next patch, but my theory is (and has been) that we’ll have our new dungeon in the rotation and Ala Mhigo moved out of it. The latter has an item level sync while Temple of the Fist and Kugane Castle do not, and it would give us a new three-entry Expert without too much disruption. We’ll probably get another roulette for “leftover” dungeons in 4.2, or perhaps we’ll have a small one in 4.1 somehow.

Of course, we don’t know anything about the dungeon yet, but we can be fairly certain that it’s the ruined city encrusted with salt beneath Ala Mhigo proper. That is, honestly, a good thing; while the Lochs is a gorgeous area, we only scratch the surface of all the stuff therein, due to having more pressing concerns at the time. I can only hope the dungeon ties into the main scenario as well, which under the circumstances seems likely. Lore, neat stuff to explore, and plenty of salt for anything you’re eating.

Unfortunately, without more information about the dungeon there’s not much more to be said about it. I look forward to seeing the Drowned City of Skalla in action.

The legends of Ivalice

Ah, now everything starts to come back together.

I was really hoping that we’d have a 24-person run not related to overt dimension-hopping, and now that seems to definitely be the case if the story of Rabanastre and its struggles are a well-known Garlean legend. The fact that it’s a Garlean legend is even more intriguing, though; it means that we’ll be peeking a bit further behind the Imperial veil, learning more about the main villains that we’ve had lurking in the background through every bit of story up through now.

Again, without knowing more there’s not too much to be said, but it’s not as unusual as it might sound to have the events of past games serve as an in-universe legend; remember, that’s what Omega is also drawing on for the first sequence. There’s yet to be any chatter about rewards or how this will tie into the new roulettes, although we did get a brief peek at some Ivalice-looking gear. I’m curious to see how this develops, and if we’ll be looking at the Ruins of Rabanastre for our first 24-person run this expansion.

Also, I hope for someone stammering about sand ra-a-a-a-a-ats. 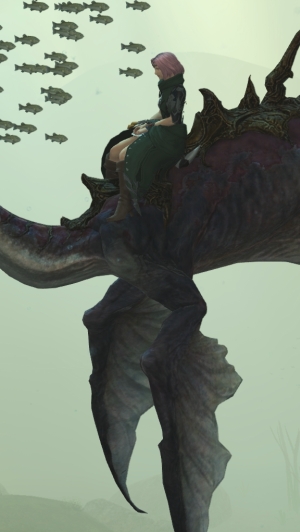 This seemed fairly inevitable. I expect that we’ll be following the template laid out by the Heavensward sequence for Stormblood unless otherwise noted, and that means we’re going to get three beast tribe sequences: Two combat series focusing on the new tribes we met explicitly, and one additional group for crafting purposes. Personally, I’d love it if we also had a gathering sequence in there for leveling purposes, but I don’t expect that’s as likely, especially given the struggle for crating content for all three sorts of gathering classes.

The Kojin are my preferred beast tribe between our two additions, but I’m honestly not as interested in their story; we get a very good sense of what the Kojin are all about through the main scenario, and while they’re neat I don’t see a whole lot of unanswered questions about them. This is kind of a recurring problem we’re having with the later tribes, I note. Still, it’ll be more leveling content, and probably will offer that coveted manta ray mount we get to briefly use during the main scenario.

All right, this intrigues me, especially since there seems to be so much chatter about challenging the dungeon with your squadron. I honestly was fairly well done with squadrons at this point, but the prospect of more Grand Company gear (or other, better rewards) and perhaps even more customization makes this intriguing. You can enter a dungeon with your own hand-assembled team of dorks!

It remains to be seen what the restrictions are, as I sincerely doubt that this will just allow you to run full dungeons with your squadron and earn all the according rewards. That would kind of kick at the very core of the game, after all. But I can see it being a fun bit of challenge content to shepherd your team through dungeon runs and take on some difficult tasks, perhaps with some kind of mechanic for ordering them around. It’d be perfect for challenging forgotten content, except that the only content you really can’t get groups for at this point are the old alliance raids, and a roulette is being added to address that. So slightly less than that, but still cool.

Bards get the ability to perform, which excites me immensely. We’re getting housing plots open, which I’ve discussed with my friends as something of a “test balloon” to see if the addition of more plots fixes issues. (I may explain that further in a later column. We’ll see.) There’s even new content for the people who want something face-meltingly difficult, to which I can only say good job. Let’s see how many people clamor for it after the fact.

Oh, yes, and there are new custom deliveries (which is good, I’ve been out of practice for collectable synths). And more Hildibrand. And… well, you know, the usual pile of new stuff for people to do, like always. It’s got a month until it arrives (all we know right now is “October”), but it seems like we’re moving into the patch cycle with the same gusto as always. Now if we could just get a new form of Wondrous Tails, that might be great, too.

And someplace to go other than Central Thanalan to remove or mix materia in… oh, that’s already happening. Never mind.

Feedback, like always, is welcome in the comments down below or via mail to eliot@massivelyop.com. Next week, I want to talk about the cross-role action system, the PvP mechanical shift, and what it means for having any sort of real customization… and what could still be done to help differentiate individuals in various ways.

I have been continuously impressed with the level of high quality support FFXIV has gotten. Now if we can only get a Transmog system over Glamor.

Where is my new Egi-glamour?!